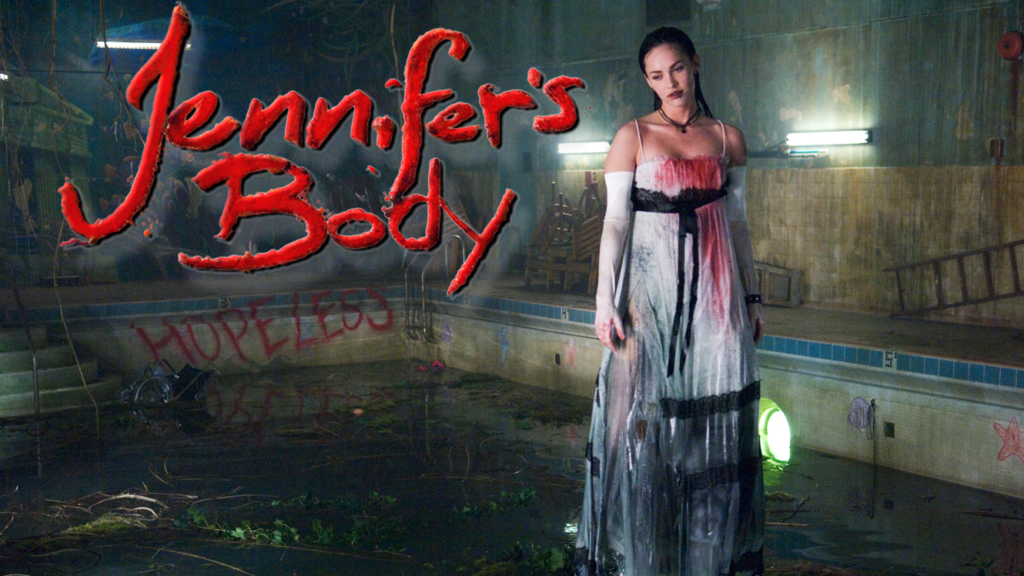 “I thought you only murdered boys”

After rewatching Karyn Kusama’s 2009 film  Jennifer’s Body, I’m left with a singular nagging thought: Why the hell aren’t there more Bisexual as Fuck films revolving around demons and female friendships? Seems like an untapped market to me, Hollywood! My girlfriend and I would certainly make our presence known at the local cineplex far more frequently if there were. Insert Shut Up and Take My Money dot Jpg.

Jennifer’s Body is an underrated film, mis-marketed upon its release and unfairly shit upon (in my experience) by pretentious dudes who waved it off as garbage. In truth, the movie is a resonant story about female friendship falling apart and a small town dealing with trauma, which judiciously balances out its comedy and horror with just the right amount of self-awareness.

It’s also a lot of fun. Scribe Diablo Cody (of Juno fame) gets criticism too often for her highly stylized writing, which does have its blunders, but, when in full-force, is as good as snappy dialogue gets. While some of the script is dated to the era — a liberal use of the word retard, for example– I can’t say it doesn’t fit the small town vibe.

What I found particularly underrated on this watch is Karyn Kusama’s direction and M. David Mullen’s (who went on to DP Anna Biller’s amazing The Love Witch!!!!) cinematography. There’s an incredible shot that pushes into a jock from ridiculously far away, and also a very great split diopter shot near the beginning in the bar. 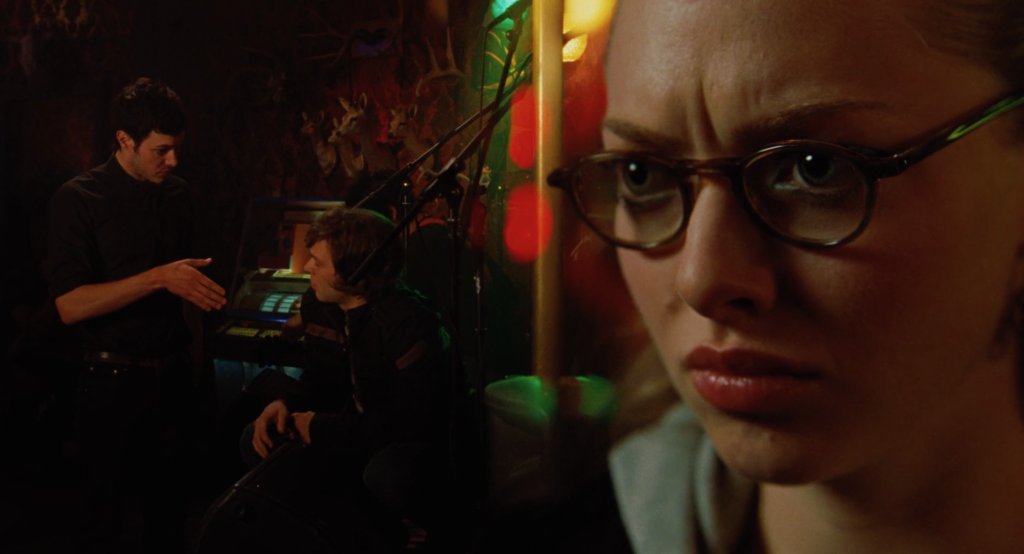 The split diopter shot in question.

It also must be said that Megan Fox is absolutely amazing in this movie, both playing up and against her image of sex symbol, to comedic and terrifying effect. She handles the odd dialogue so well, and almost every joke lands (“My tit!”). Most of the support work is great too — particularly J.K. Simmons as the weird teacher suffering from some terrible past trauma and an unfortunate hair cut.

Also, Jennifer’s Body revolves around the brilliant idea of Indie Dudes being not just predatory loser creeps, but actual worshipers of Satan, willing to submit a human sacrifice in order to be like “that guy from Maroon 5.” I can’t overstate how funny this is.

In short, the film is an under-appreciated classic of the era that oozes with mid-2000s fashion and perfectly captures that weird, awkward Fall Out Boy era of high school life. It’s a smarter film than people give it credit for, and I’m glad to see the Coolidge is playing it this Saturday.

I hope in time more people come around to this one. Check it out if you haven’t.