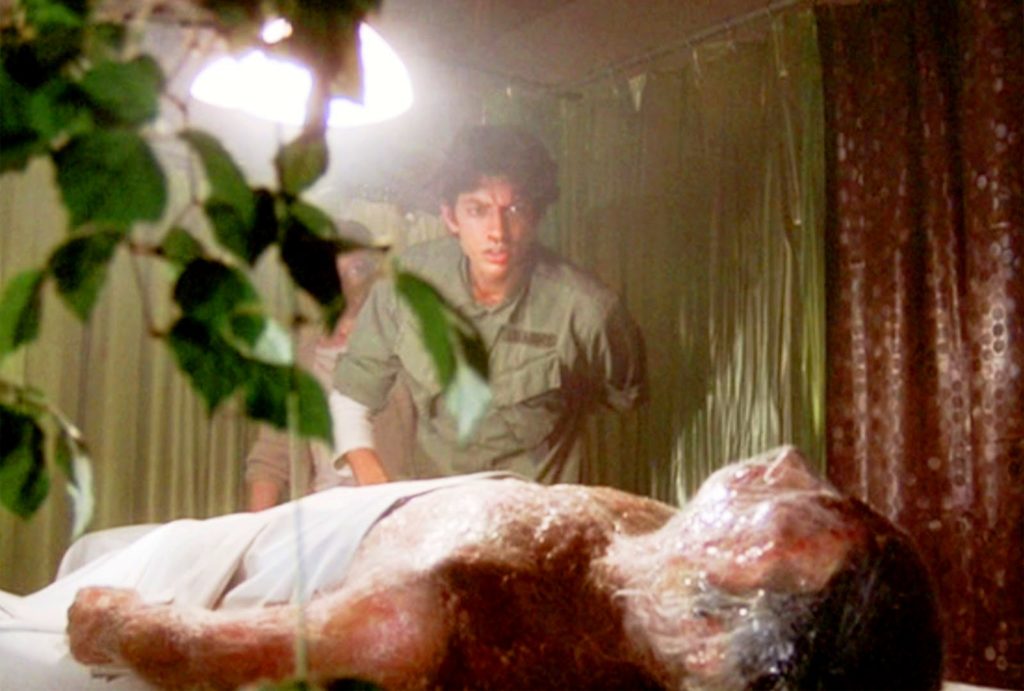 So here’s a weird thing: there was a period, beginning in the late ‘70s and stretching through most of the ‘80s, when big-budget remakes of classic horror and sci-fi films were, reliably and consistently, really good. This was, of course, before the current Hollywood dogma of “Nothing New Under the Sun,” where the only way to get a movie made is to take an existing intellectual property, add a handful of big names, shoehorn it into a three-act blockbuster format with a big CGI finale, and (shudder) try to make a Cinematic Universe out of it. No, this was in the strange period where the birth of the Blockbuster-Industrial Complex had yet to fully eclipse the auteur boom of the ‘70s. During this stretch, a handful of weirdo genre mavericks seemed as likely to become the next Spielberg or Lucas as anyone, and were given carte blanche to put their own cockeyed spin on the monster movies that inspired them as children. Thus, we were blessed with John Carpenter’s The Thing and David Cronenberg’s The Fly, two uncompromising, dazzlingly inventive films which belong on anyone’s list of the greatest horror films ever made. In a similar vein are Tobe Hooper’s Invaders from Mars and Paul Schrader’s Cat People, which, if not as successful, are just as clearly labors of love made by filmmakers with legitimate visions. Even the 1988 remake of The Blob is infused with enough Reagan-era conspiracy paranoia to make it stand on its own feet. What these movies have in common– and what many modern remakes lack– is that they don’t feel preordained, each film taking a specific tack to justify its existence alongside their inspiration. In this regard, all of these films owe a great deal to Philip Kaufman’s 1978 remake of Invasion of the Body Snatchers.

For those somehow unfamiliar with the plot, Body Snatchers, in both its iterations, concerns giant, alien seed pods take root in a California town and replace their sleeping hosts with unemotional, hive-minded replicants. This time around, the protagonists are a pair of health inspectors (Donald Sutherland and Brooke Adams) who notice both the mysterious pink flowers and the shift in their acquaintances and loved ones. Enlisting the help of Sutherland’s friends, a famous self-help author (Leonard Nimoy, in his turtlenecked In Search Of phase) and a pair of eccentric spa owners (Jeff Goldblum and Veronica Cartwright), they begin to unravel the mystery, only to find that it’s already spread farther than they could have possibly imagined. 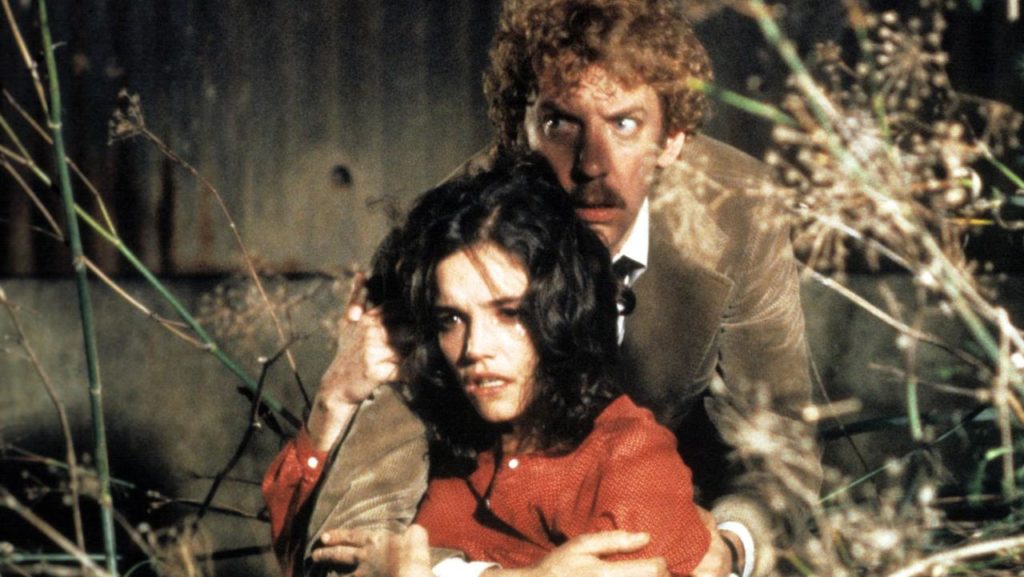 Plotwise, Kaufman’s version hews closely to the original, but he instills the proceedings with the driving intensity and real-world stakes of All the President’s Men. Part of the genius is in the casting. Sutherland, Adams, Goldblum, and Cartwright are all so weird and twitchy and funny and real that you’d know in a second if they’d been body-snatched; Nimoy, meanwhile, is so good at playing aloof that you’re never quite sure where he stands. Moreover, Kaufman’s use of location shooting, handheld camerawork, and large, Altmanesque crowds gives his film an urgency that the original could never quite match. (Also surpassing the original are the effects, which show the previously nebulous replacement process in all its icky glory). The horror of the original Body Snatchers is that the monsters are us; in the remake, the horror is compounded by the fact that the world they’re taking over is ours as well.

And, of course, that speaks to the reason we keep returning to Body Snatchers in all its forms: it’s bitingly political, but in such a way that it never feels dated. Indeed, the original’s cold war allegory is adaptable enough that debate continues as to whether it’s target is communism or McCarthyism (though its screenwriter, Sam Peckinpah, isn’t exactly known as a bleeding heart). In Kaufman’s hands, the story morphs into a critique of the creeping squareness and self-absorption of the post-Nixon era. And in a world where masses shuffle through the streets staring at their hands, and where the information we receive from our friends may actually originate from Russian spies (or literal robots), Invasion of the Body Snatchers is in no danger of losing its bite. In the words of a man who lived through it twice: “You’re next!”