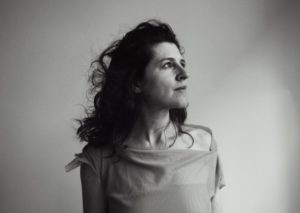 Brooklyn based independent pop musician, Mirah, has been putting out music since the late ‘90s. She is currently touring for her 2018 solo album release Understanding.

Mirah’s hit tracks “Special Death” and “The Garden” from her 2002 project Advisory Committee have exceeded view counts in the millions on Spotify. It is also worth mentioning that she collaborated with Tune-Yards, Phil Elvrum from The Microphones, Susie Ibarra, Jherek Bischoff, and Thao Nguyen in the past. She is set to perform at First Church Somerville in Davis Square on October 9 for a Hassle show.

I was fortunate to talk with Mirah about her twenty-plus-year musical career and what led her to Understanding. Interestingly enough, the first song she ever wrote and performed with her guitar was actually to fulfill a class assignment at Evergreen State College in Olympia, Washington.

Olympia in the 1990s was a great place to be a musician as I think of Sleater-Kinney, Bikini Kill, and the revolutionary riot grrrl movement. But Mirah forged her own acoustic stylized musical path, that originated in a college classroom in Olympia during the ‘90s.

“I had always loved singing. My family always sang together and I was in choir and school musicals growing up. But until my second year at Evergreen I didn’t really play guitar, and I had never written a song,” she told me.

She mentioned how Evergreen offered her an environment ideal for nurturing her draw to music.

“Evergreen wasn’t exactly a highly academic setting. Nor was it competitive. Rather, it was a supportive community filled with interesting and interested people who were all committed to discovering what they wanted to do and see and be in the world.” Stemming from that classroom experience, we ventured into Mirah’s songwriting process. We found some common ground as we discussed the connection between writing poetry and songwriting. As a poet myself, I shared, I often begin with what “sounds right”—what words sound lyrically nice together—and then I let that shape the rest of the poem’s voice.

Mirah related this to crafting her songs with how the sounds “take on the shape of words. Almost like apparitions, starting out hard to see but then getting more and more solid.”

I think of songwriting as a way to discover what I am thinking/feeling. I don’t always know what they are from the outset, but there are always thoughts and feelings brewing. Memories, dreams. If I start strumming something and moving my mouth with sounds then I get to follow that back down inside. It’s a pretty cool process really. There is a lot of trust involved.

Trust and audience go hand in hand, trust in a performance setting means to allow a stranger to listen to those sounds and consider what they the music itself communicates. Along with an audience come the critics, I brought up. The Rumpus stated that Mirah’s later projects became more complex than their earlier punky, lo-fi sound. With Mirah’s twenty-plus years creating music, Mirah and I agreed that it seems unlikely for her to replicate the same sound and style over and over. The art moves and grows with the artist. 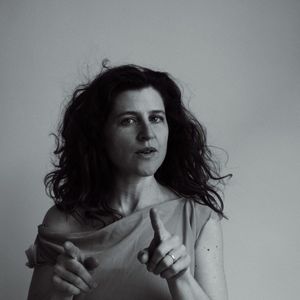 She admitted, “The first half of ‘Energy’ from the new record is a phone memo recording that I made five minutes after I wrote the song […] Basically, I just do what I want on my records. If it’s not punk enough for somebody, they can wait until the next record, which is bound to be as much its own animal as every record I’ve made. If there’s anything I’m not it’s static. I’m always going to be swinging around in the vines.”

Mirah’s DIY knack for sonic experimentation seems to be what brought her this far in her musical career, what made her collaborations with so many musicians possible, and what keeps each of her solo records sounding fresh. Still, on her Bandcamp page for her newest project Understanding, Mirah self-describes her album as a “conscientious return to her earlier unconventional recording process.”

She elaborated on what she meant in that bio: “Understanding is the first record that I’ve made in a while that I didn’t know I was making. I just started recording and experimenting and having fun, and it ended up becoming a record. That’s the same energy that made my first records.”

Mirah assures that refreshing carefree attitude from Understanding will be brought with her to her to First Church Somerville on Tuesday, October 9. Tracks from her most recent album will make appearances on the set list.