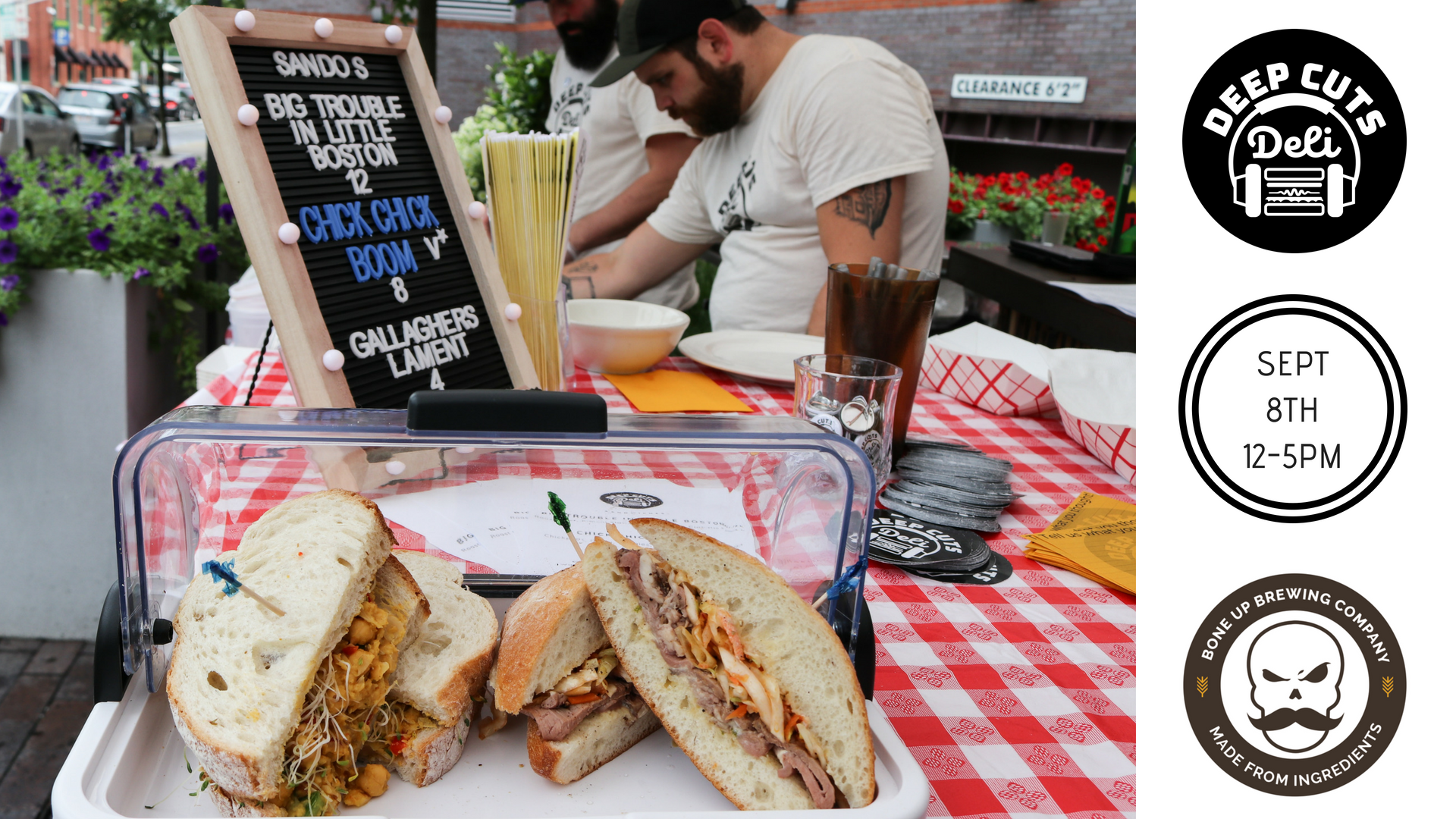 Photo by Olivia Deng for DigBoston

Venues and creative spaces don’t get along too well with the city of Boston. Yes, there a handful that have a good working relationship with each other, but the city and surrounding areas has seen many closings of community staples, regardless of popularity, due to many factors, but especially affordability. For a space to succeed, the idea has to be top-notch, and Ian McGregor seems to have the right recipe to make it happen with Deep Cuts Deli. A seasoned vet in the field of show curation and the restaurant industry, Ian is bringing to life a daytime deli and a nighttime “artists’ sanctuary” with Deep Cuts Deli. He’s aims to make it a safe space for artists, musicians and food lovers to build relationships and build on their important communities. Although I was won over with sandwiches, Deep Cuts Deli will also offer rehearsal spaces for bands and specialty drinks. He is currently raising money through an Indiegogo campaign to help with the opening and operating of Deep Cuts Deli. The campaign lasts three more weeks and he has raised over $4000 so far. I spoke to him about his background in music, what a night would be like at his future venue, and more.

Ryan Magnole: I read that you moved to Boston a little before 2012. Where did you come from and what was the music scene like there?

Ian McGregor: I was born in Long Island, New York and grew up in Florida. In middle and high school there were tons bands in my hometown. My hometown didn’t really have a proper venue, so we had shows at the local community center and teen centers. I normally had to drive 30 minutes to an hour to go see any bigger bands.

Ryan: When did your passion for music begin?

Ian: My passion for music began when I was little. My father was big into music. I would always come home to him rocking out. We’d talk about the records he had and shows he went to when he was younger. My older brother is an amazing guitarist and has played in a few bands. He had a big influence on the music I listened to growing up.

Ryan: Can you describe what a night would be like for an attender of Deep Cuts Deli? What band may be playing, what sandwich would they be eating, and maybe what type of people would be there?

Ian: A night at Deep Cuts could consist of a concert, art show, flea market, game night. The options are endless. We’ll be serving sandwiches all day. and two to note are the “Chick Chick Boom” with chickpeas, curry, veggies, and sprouts, on sourdough, and “Big Trouble In Little Boston” with roast beef, kimchi slaw, and kewpie mayo, on a ciabatta roll. We hope to be the local spot for the surrounding area. The goal is to appeal to a variety ages, artists, and music fans.

Ryan: Would you be screening movies from local filmmakers or some of your favorites? Either way, what type of movie would we be expecting if we wanted to attend a movie screening night?

Ryan: When did the Deli Cuts Deli idea start for you? When did the stars of restaurant industry and booking shows align?

Ian: The idea has been brewing for a while. It all started when I began my monthly show at Great Scott, “Treat Yo Self: Creative Industry Night.” It featured local music, artists, games, and food. I loved being able to create that event series and helped me realize I want to devote a space to booking bands, artists, and community events everyday!

Ryan: I’ve seen articles about you being around with your food stand. Where can we find you serving things like chickpea sandwich? What’s been the most popular sandwich of yours when you have these pop-ups?

Ryan: Many venues are failing or have failed due to the raising rent prices and profitability in Boston over the years. What is the importance for the community to continue supporting these venues and how will yours stand out?

Ian: Without musicians and artists you’d have a pretty lame city. They’re what bring culture and fun to the city. We need spaces for them to practice and showcase there artwork. Deep Cuts will offer an affordable rehearsal room for local bands, comedians, artists, and touring bands while providing great food and drinks to the public.

Ryan: Do you have a timetable or a good idea of location for Deep Cuts Deli?

Ian: I’d like to be ready to open by spring 2019. I’m currently raising money on Indiegogo which ends Sept 21st. I’ll be putting together fundraising events up until then.

Donate to Ian McGregor’s campaign to help start up Deep Cuts Deli at the Indiegogo campaign page. If you around Allston this Saturday, consider attending the Deep Cuts Deli Benefit Show at Great Scott to help fund this necessary creative arts space.