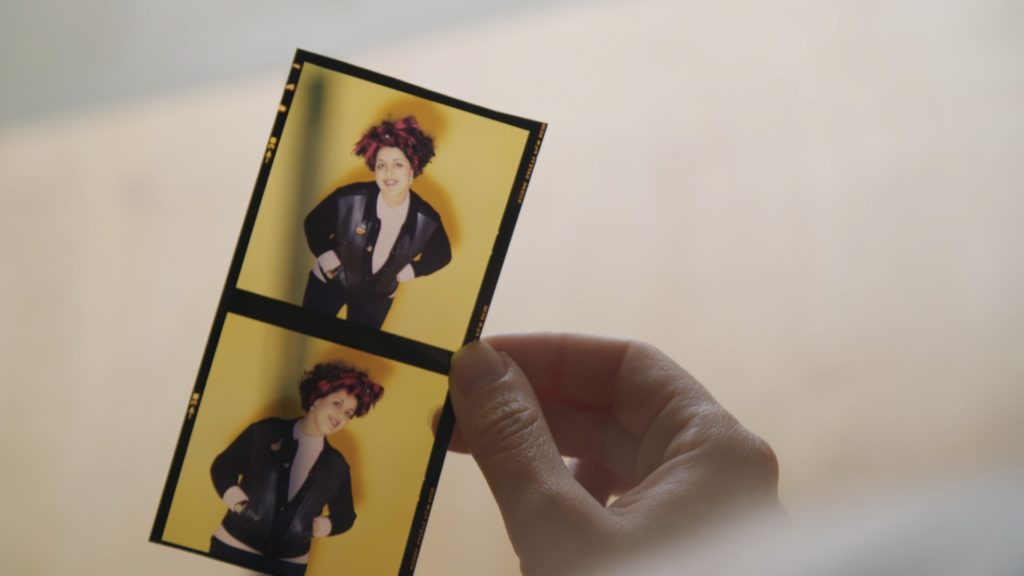 Poly Styrene stood alone among the UK Punk Class of ‘77: a young woman of color in a field dominated by white men, the X-Ray Spex frontwoman was one of rock’s true originals. But after releasing one classic album (1978’s indispensable Germfree Adolescents) and one of punk’s greatest singles (the searing, anthemic “Oh Bondage! Up Yours!”), Styrene all but vanished from the public eye, a victim of both institutional sexism and misdiagnosed mental illness. From the punks to the riot grrrls and beyond, Styrene’s influence is towering, but even many of her most devoted fans are likely unaware of her full story.

That will change with Poly Styrene: I Am a Cliché, the excellent new documentary from directors Celeste Bell and Paul Sng. I Am a Cliche is one of the most personal and heartbreaking rock documentaries ever made, and it’s no wonder: Bell, who also serves as the film’s narrator and onscreen guide, is Styrene’s daughter. The result is something unique, simultaneously a biography of a true musical innovator, a memoir of the complicated relationship between a daughter and her mother, and an indictment of the institutions which so failed this troubled young woman. In advance of I Am A Cliché’s one-night-only theatrical premiere (including a sold-out show at the Brattle), I spoke to Bell and Sng about Poly Styrene’s legacy, and the challenges of telling the story of such a unique figure.

BOSTON HASSLE: Celeste, when did you become aware of who your mother was? Was that something that you knew growing, or did it sort of slowly dawn on you?

CELESTE BELL: I kind of knew from an early age, because the X-Ray Spex era was more fresh in people’s minds when I was a small child. I remember my mom doing interviews and things like that, and going along with her to studios. And then she joined the Hare Krishna movement when I was a small child, and she got more involved in that, and she got less involved in music. So for most of my childhood it wasn’t something I really thought about. And then, when I was a teenager, I discovered my mother’s music for myself. I became interested in listening to what she was making in the ‘70s, so I bought the album, Germfree Adolescents, because we didn’t even have it at home. And then I was just listening to it constantly. I was instantly hooked, because it’s such a great album. I was really impressed, and I connected to my mother’s music– the pre-Hare Krishna kind of music, because a lot of the stuff she was making was very new age. But the X-Ray Spex stuff, I was like, “Wow, this is great!” So probably at about 15, I really fully comprehended what she was doing, and what punk was about.

BH: When did you decide to make the film?

PAUL SNG: We met up in a cafe just over five years ago, and we talked about our ideas. Poly was a groundbreaking artist. She was ahead of time, and so she deserves a documentary that isn’t conventional. I mean, it’s a documentary about an artist who was a musician, but it’s not a music documentary. Fundamentally, at the heart of the story, it’s about a mother and a daughter, and their complex relationship, and the themes that tie into that– about identity and belonging, and artistry, and who gets heard, and how women are treated in the music industry and in the general creative industries.

Very early on, we knew that we didn’t want to use talking heads. And because the story is told across multiple decades, we wanted it to be immersive for the audience, as you’re seeing this wonderful archive. The film really benefited from our wonderful editor, Xanna Ward Dixon, who crafted a story that works visually. You’re hearing things about this time period, whether it’s the ‘60s, ‘70s, or ‘80s, and you feel like you’re in it. Whereas I think if you were seeing this person talking– Vivienne Westwood, and then seeing Don Letts, you’re then kind of flitting between the present and the past. So it was designed to be an immersive experience. And Celeste and I spoke about writing some letters to her mum, which would be in contrast to Poly’s diaries about this time period, which she never got to publish. And that ultimately turned into a voiceover. Celeste was always our narrator, but she became much more front and center in the film. The film is about Poly and Celeste, and with Poly no longer here, the only person who can tell the story– the only person who has the right to tell the story– is Celeste. So we worked well together, and we were able to make a film that we’re both very proud of.

BH: There’s so much incredible performance footage, and contemporaneous footage that I’d never seen before. What was it like tracking down all that footage? Did you have to sort of piece it together, or was that all readily available?

PS: It’s all kind of out there. Some of the stuff that’s been seen is on the internet. The tricky thing is clearing it in perpetuity from the archive house– you know, that ain’t cheap. And that’s why the film took a long time. But I think there are two sections of the archive that really make this special. One is Poly’s artworks and poems, things that the world has never really seen. You get that insight into her as an artist, because she not only wrote the songs, but she designed the artwork. And then there’s also the unseen archive of footage that was shot by Poly’s manager, Falcon Stuart, who was a filmmaker. Some of that was shot on 16mm, and you feel very privy to something really intimate and special. 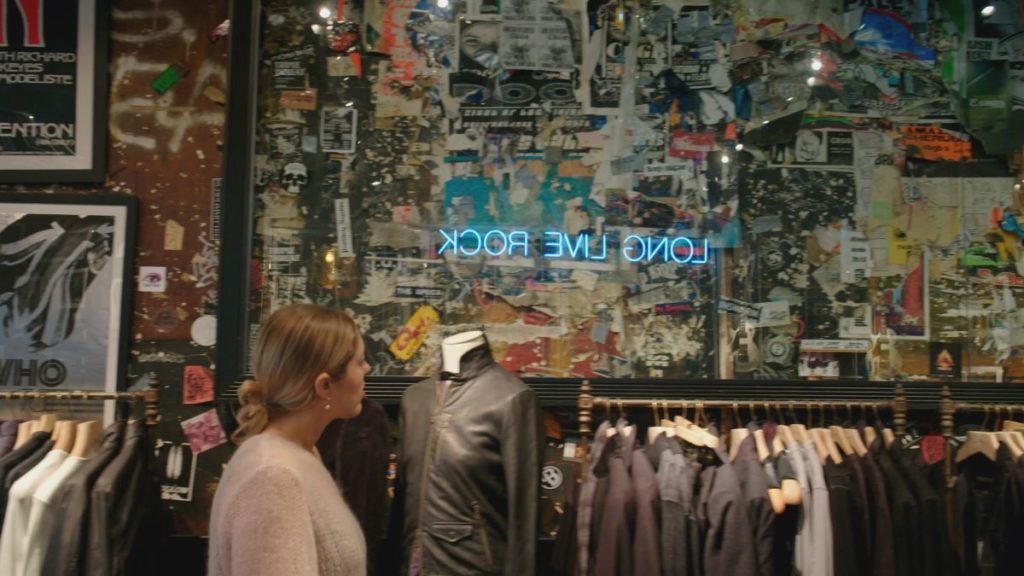 BH: Did you find anything in the course of making the film that surprised either of you?

CB: Yeah, lots of stories that we discovered through interviewing the people that you hear in the film. Many of them had insights into what was going on in my mom’s life at a time before I was around. One notable story that we include in the film is when my mother had that experience at John Lydon’s house, of the Sex Pistols, and the difficulties that she faced in that environment. She never really spoke to me about those experiences. Learning what was happening from people like Vivien Goldman and other people who were around at the time, it was a revelation. Sometimes it was quite painful to learn how much of a rough time my mom was going through at that time. I kind of had a vague idea from what she had told me, but she kept a lot back, and she was clearly trying to forget that period of her life to an extent. So yeah, it was really interesting, speaking to people who knew her back then

BH: Did you know going in who you’re going to talk to, or did people sort of come out of the woodwork and once you started making the project?

PS: We had a big list. Celeste mentioned John Lydon– he’s really the only person that we didn’t get. And that’s a shame, because I think he should have spoken on that. He was there, it happened under his roof. I mean, Sid Vicious, whatever you think of him, strikes me as just a bit of an idiot. John Lydon seems to be a bit more intelligent, and I think probably could have spoken on that, because he has said in the past that he was friends with Poly. But we pretty much got everyone else. My favorite interview is with Celeste’s auntie– her warmth, her laugh. She knew Poly her whole life, and those insights into Poly’s childhood, their childhood, where they live in southeast London– that’s where my family are from, and where I lived for a bit. So it was wonderful hearing her recollections.

BH: Finally, I was curious if either of you could talk a little bit about Poly Styrene’s legacy. What do you see as her influence, and how do you hope the film might continue it?

CB: It’s such a huge legacy, I think. She has impacted so many people for different reasons. But if I had to pick the most enduring, I think it’s in terms of being a young woman in the music industry, and the toll that that took on her mental health. And the legacy is ongoing, because it hasn’t necessarily really improved, so rather than a legacy in that sense, it’s more of a question mark. It’s a call to arms, in a sense. This was happening way back when, and it’s still happening. Are we going to make improvements, finally? That kind of question is what I hope when people watch the film.

PS: Yeah, I agree. It’s almost like a warning: you didn’t listen to Poly 40 years ago, we can listen to her now. As Gina Birch says in the film, Poly gave us new tools. And they’re not new tools anymore, because she’s given them to us, and it’s what we do with them now. And in terms of legacy, you know, I’m looking at some of her legacy on my screen. My friend there, Poly’s daughter, is now making films and doing other things. That’s a brilliant legacy too.