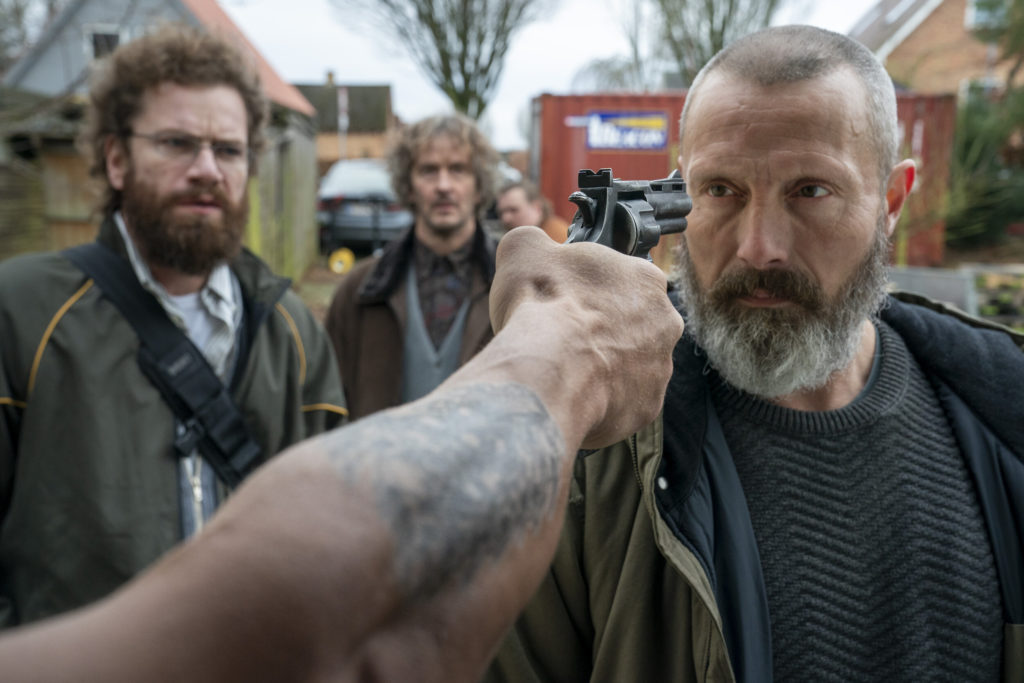 As I’ve mentioned in this space before, my mother’s family is from Denmark, and while I’ve personally only been once, I find this ancestral Danish sensibility creeps into my own worldview in often unexpected ways. There’s hygge, of course, which in truth has less to do with gift-book-chic minimalism and more to do with intense, hobbit-like coziness. But there’s also the Danes’ unique sense of humor, which I’ve seldom seen analyzed on these shores. Danish humor is often dry, but is characterized by a brash, outrageous bawdiness which borders on crass, yet never quite loses its fundamental, charming sweetness. A perfect example of Danish humor is BonBon Land, a popular family amusement park filled with cartoon animals defecating, exposing their breasts, and engaging in debauchery Uncle Walt wouldn’t dream of (when I was young my Danish relatives once brought over bags of BonBon Land candies with names like “Pissing Ants” and “Dog Farts,” and I spent much of my childhood convinced I’d imagined it). Danish humor is unabashedly profane, but it’s so cheerful that it’s hard to be offended.

This sensibility is recognizable in last year’s Oscar-winning Danish import Another Round, in which Mads Mikkelsen and his friends attempt to better their lives by teaching their high school classes slightly buzzed, yet never come off less than endearing (we’ll see how well this translates in the upcoming American remake with Leonardo DiCaprio). And it’s front and center in Mikkelsen’s newest starring turn. As in Another Round, Mikkelsen’s character in Riders of Justice is a middle-class father struggling to assert his masculinity within the confines of his suburban existence. But where Another Round is grounded in an achingly relatable humanism, Riders of Justice is a crude, jet-black action comedy which would probably come off as upsettingly violent and nihilistic if it weren’t for that ineffable Danish charm.

Mikkelsen plays Markus, a stony-faced soldier whose world is rocked by a freak train accident which kills his wife and traumatizes his teenage daughter, Mathilde (Andrea Heick Gadeberg). As fate would have it, the crash also claims the life of the leader of notorious biker gang, the Riders of Justice, who was mere days away from testifying against his former comrades. Among the survivors, however, is newly unemployed statistician Otto (Nikolaj Lie Kaas), who smells a rat: by his calculations, the odds against the criminal dying in such an accident at such a serendipitous moment is a near-impossibility, meaning the blast had to be a deliberate act. Zeroing in on one suspicious figure in the surveillance footage and calling upon loser tech-genius buddies Lennart (Lars Brygmann) and Emmenthaler (Nicolas Bro), Otto determines that the mastermind is a fellow Rider of Justice. Determined to see justice served, the trio contact Markus, whose simmering rage and special-ops training lead them down a terrifying spiral of non-theoretical violence.

Like the best of Danish humor, Riders of Justice is both gleefully tasteless and surprisingly sweet. Otto and his friends are hilariously lacking in social skills, with Emmenthaler in particular a constant fountain of antisocial rudeness and barely-coherent profanity. One particularly squirm-inducing subplot involves submissive Ukrainian sex slave Bodashka (Gustav Lindh), who the group frees from his biker captor and invites into the fold, yet whose grooming is so ingrained that he can’t help but ask “Would you like to fuck me in the ass now?” as casually as one would offer to do the dishes. Then there’s the violence, which, while comical, is still disarmingly graphic and not for the squeamish. Yet these characters, and the film itself, are so fundamentally amiable that it’s difficult not to be won over. Otto and his friends, while maladjusted and often boorish, are essentially good people trying to do good in the world, and the bond they form with Mathilde (under the guise of being “crisis therapists”) is surprisingly sweet. This is a film in which characters engage in a massive shootout with a gang of dangerous criminals, then go home and bond over a homecooked meal with their makeshift chosen family. That this seldom feels like tonal whiplash is a testament to the film’s charm.

It’s also a testament to Mikkelsen, whose stateside prominence in TV’s Hannibal and a string of high-profile Hollywood villain roles has been instrumental in the rising number of Danish imports released on American shores. Mikkelsen is here playing the straightman (imagine a crossover between The IT Crowd and John Wick and you’ll have a rough idea of the dynamic), yet in many ways he is the heart of the film. Markus is clearly a man ravaged by post traumatic stress disorder, both as a result of his personal tragedy and his military service; if he ever had a chance at fitting into normal society, it’s been pretty much blown by the time we meet him. When Markus is planning tactical strikes and teaching his new friends how to assemble weapons he’s in his element, but he’s adrift when he tries to communicate with his teenage daughter (in a hilarious subplot he greets her sensitive, influencer boyfriend by punching him in the face, then spends the remainder of the film awkwardly trying to bond with him). As in Hannibal, Mikkelsen communicates volumes while saying very little, but instead of using gentility to mask calculating violence, he is here doing the precise opposite.

Watching Riders of Justice, I couldn’t help but imagine what it would look like if it too were to receive an American remake. The nerds would probably be played by blandly handsome, improv-friendly comics like Ed Helms or Jason Sudeikis (or, god help us, Adam Sandler and his stock company), with John Cena or The Rock filling Mikkelsen’s shoes. This version would likely attempt the same balance of action sequences, gross-out gags, and big, soppy emotional moments, and might even follow the original’s structure scene for scene. Yet, somehow, I just can’t see the film’s cockeyed humor translating across the pond. When a contemporary American studio comedy tries to balance outrageous humor with a heartfelt redemption arc (as they almost always do for some reason), the result often feels insincere, with each side of the equation cheapening the other. Yet this combination comes effortlessly to the Danes, and the result is both wildly entertaining and surprisingly moving. And maybe it’s just my Danish blood talking, but when I see these grown men exchanging gifts around the Christmas tree while also nursing massive head wounds and insulting each other, it felt like home. THAT’S hygge, my friends.