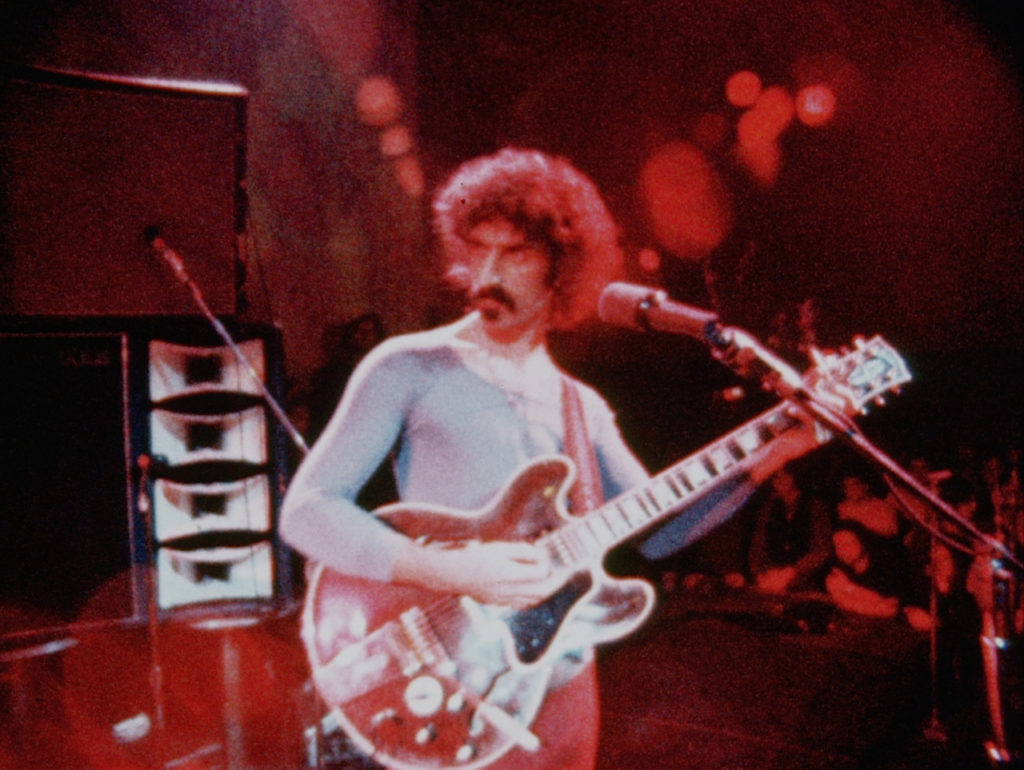 I can’t pretend to be impartial on this one.

It’s probably safe to say that every teenager– or at least the creatively inclined ones– zeroes in on one or two musicians or artists to serve as a de facto role model and guru. For me, it was Frank Zappa. I considered myself “above” worshipping most of the pantheon of self-serious rock gods (this was in the late ‘90s, when Kurt Cobain appeared to be on the verge of beatification), but Zappa was different. His snotty humor and anti-everything iconoclasm meshed perfectly with my own strain of adolescent cynicism, and the depth and breadth of his catalogue– more than 100 releases, ranging from stomping garage rock to novelty disco to avant garde modern classical to doo-wop– gave me a rabbit hole I could venture further down with every trip to Strawberries. Over time, my musical palette would expand– into punk, experimental, outsider music, and other fringe genres– but my journey down each of these paths began with Zappa. There are other artists I’ve listened to more since then, but it’s not an exaggeration to say that Zappa laid the foundation of my musical taste.

In other words, there’s pretty much no universe where I wouldn’t love Zappa, the sprawling new documentary pack from actor-turned-director Alex Winter (who is having a most excellent year). I’ve never played toward objectivity in my reviews (how can one when discussing any art form?), but especially not now. So it may help to keep your own feelings on the subject in mind, and triangulate from there.

What separates Zappa from the rockumentary pack is the fact that Winter was given full access to Zappa’s archives. Ever the obsessive perfectionist, Zappa kept a massive treasure trove of master recordings, performance footage, and various ephemera in a neatly organized vault in the basement of his Laurel Canyon home. Winter shot some new talking head interviews– primarily with Zappa’s widow, Gail, as well as such notable Zappa alums as Steve Vai and Ruth Underwood– but the majority of the film is assembled from clips from these materials, many of them unreleased or unseen in decades. The result is an absolute joy for anyone who loves Zappa’s music, and may well serve as an accessible gateway to an artist with a notoriously daunting body of work. 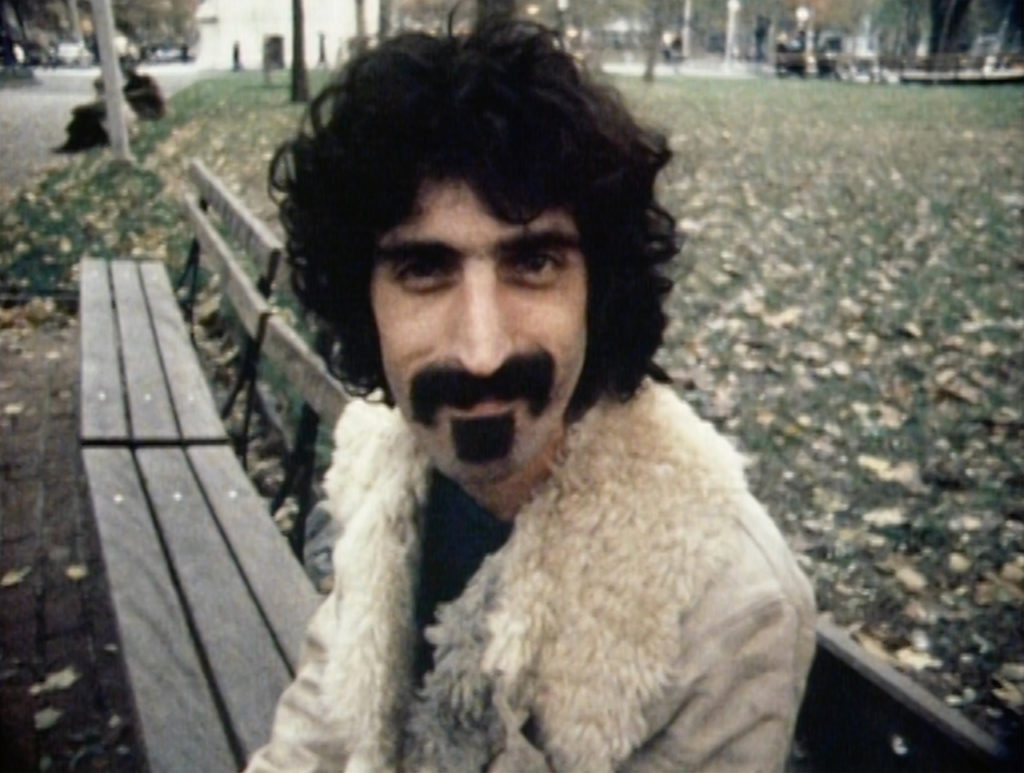 One of the benefits of Winter’s archival approach is that it effectively allows Frank Zappa (who died of prostate cancer at age 52 in 1993) to narrate his own life story. Zappa was one of the most eloquent and articulate rockers of his generation, and through TV interviews, recorded memoirs, and assorted self-directed odds and ends, his unmistakable, sneering drawl serves as the glue that holds the film together (amusingly, he even gets to introduce the film itself via a taped tour of his own vault). This is especially helpful in light of the fact that Zappa’s story is a circuitous one; in true iconoclastic fashion, he resisted the familiar rise-fall-redemption rockumentary narrative, instead taking multiple left turns over the course of what was, all told, a relatively short career (for contrast, the span of time between his first album and his death is only slightly longer than the time since the Rolling Stones’ 1994 album Voodoo Lounge). Through this wealth of footage, Winter walks us through Zappa’s life in more or less chronological order, from his Brechtian freakout concerts on the Sunset Strip and relentless touring to his left-field new wave hit single “Valley Girl,” to his late-career turns as a serious composer, an anti-censorship crusader before congress, and the Czechoslovakian cultural ambassador to the United States (seriously).

To the Zappa fan, of course, none of this is news; apart from some insights from his wife and bandmates into his well-hidden softer side, there’s not much information here that isn’t covered in his highly entertaining 1989 autobiography The Real Frank Zappa Book. The real draw here is the footage, which is nothing short of revelatory. Winter has assembled a kaleidoscopic vision of Zappa’s career, from never-before-seen footage of the original Mothers of Invention to his final performance conducting the Ensemble Modern in 1992. But it doesn’t stop there. Zappa was a compulsive chronicler of his own life, and would frequently film and edit hours of seemingly mundane footage of his family, his colleagues, and himself. As a result, Winter is able to piece together a portrait so comprehensive that it’s easy to forget the director was not actually able to follow his subject around with a camera crew. Among the gems on display are homemade monster movies Zappa made with his siblings as a teen, shots of his pre-Mothers garage band the Blackouts, clips of him goofing around at a magazine photo shoot with his children, and footage him composing on his Synclavier synthesizer in the final days of his life. 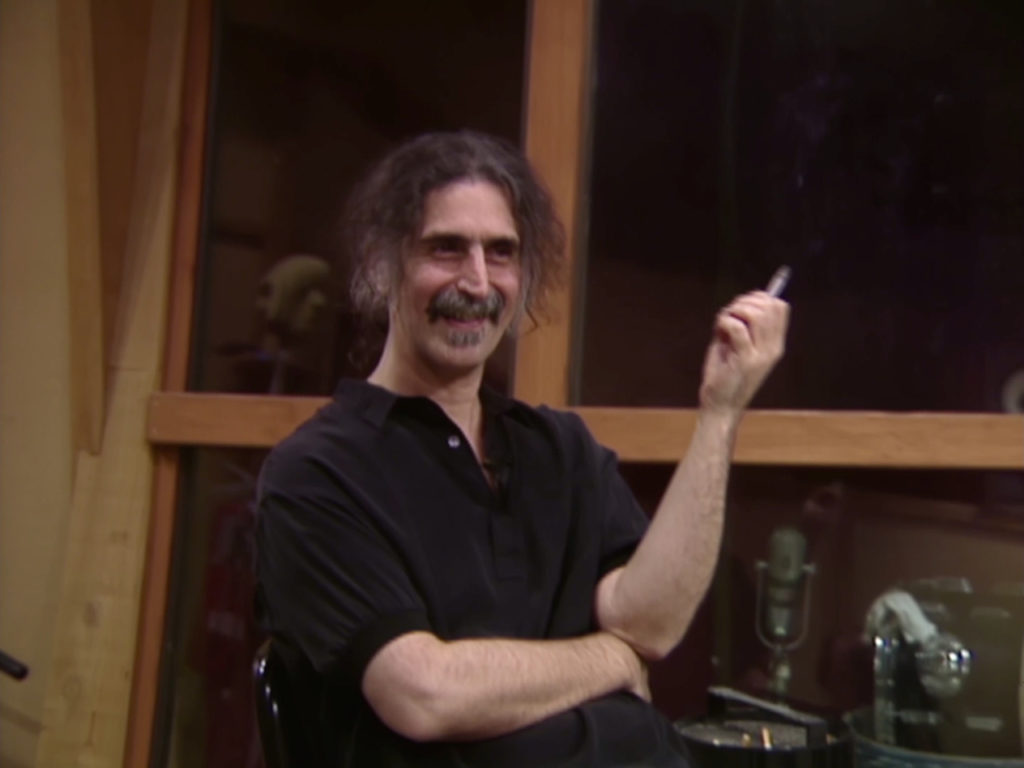 For one reason or another, Zappa’s cache has diminished somewhat in recent years as a hipster namecheck. There seems to be a sense that he’s too jammy, or too proggy, or too smug, or too boomer— not quite dad-rock, but maybe weird-uncle-rock. To be sure, Frank Zappa is a lot, in terms of indulgence, personality, and sheer recorded output, and his fan base– including, I’ll admit, my teenage self– can lean toward the insufferable. (There’s also the matter of his lyrics, the humor of which could occasionally drift into only-slightly-ironic sexism). With this documentary, however, Winter manages to capture everything that made Zappa so special– the anarchic live shows, the deceptively intricate composition and songwriting, the endlessly articulate worldview– and bundles it all into a portrait that feels fresh, engaging, and, well, alive. Not everything is fully explored (I would have like to hear more about Zappa’s relationship with Captain Beefheart, but that’s probably a documentary unto itself), and only a small handful of songs are presented in their entirety, but such are the risks of condensing such a varied career into a single feature film. There’s material here that even the most obsessive Zappa devotee has never seen, yet it’s presented in such a way that it just might inspire a new generation of fans. Just remember, as we head into these cold winter months, to watch out where the huskies go.