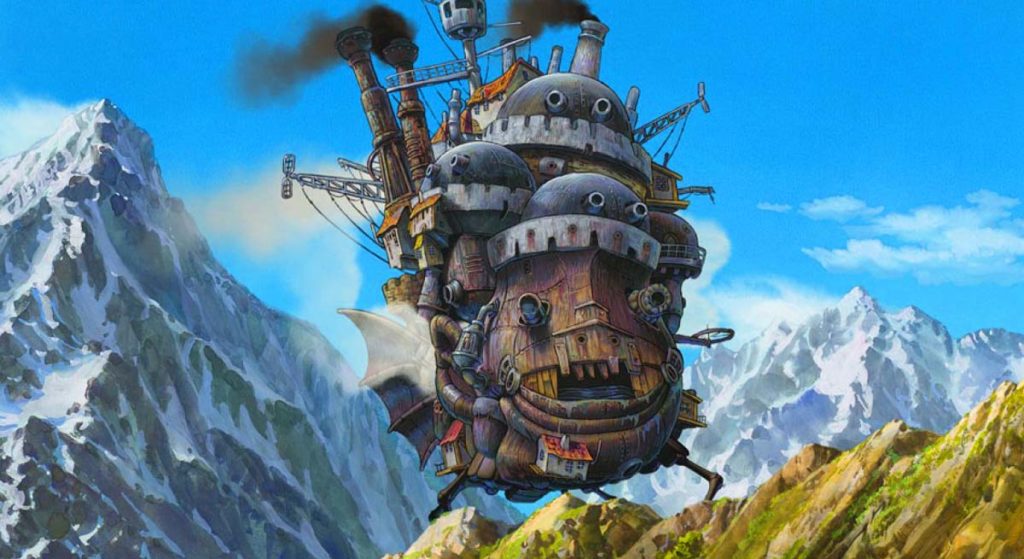 Howl’s Moving Castle follows the story of Sophie, a content but unconfident young woman who works in her late father’s hat shop. One day, she meets the mysterious (but much talked about) Wizard Howl, who travels around in his magical walking castle. Displeased with her acquaintanceship with Howl, the feared Witch of the Waste goes to Sophie’s hat shop and curses her so that she becomes an old woman. Sophie must try and find Howl, as he is her only chance of returning to normal. Along the way, she comes to make a slew of new friends, finds her inner confidence, and helps Howl to find his. 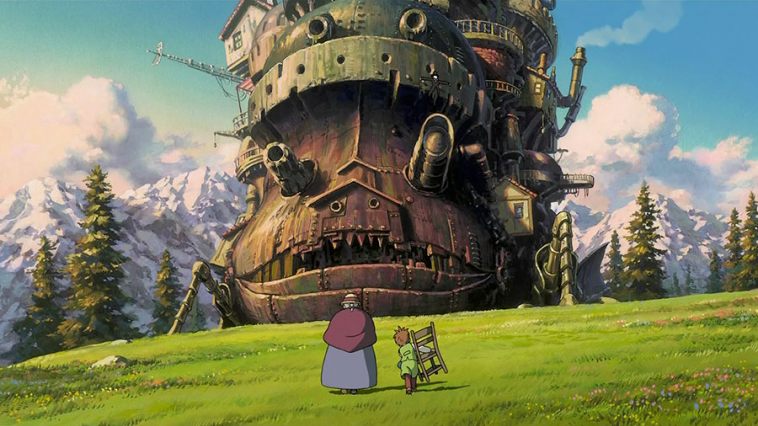 Boasting top notch animation from Studio Ghibli, the world of Howl’s Moving Castle is rendered with lush atmospheric backgrounds, expressive character animation, and– dare I say– an almost steampunk aesthetic at times. Based on the novel of the same name by Diana Wynne Jones, the film contains numerous plot changes, making the film at its core a truly Miyazaki film. 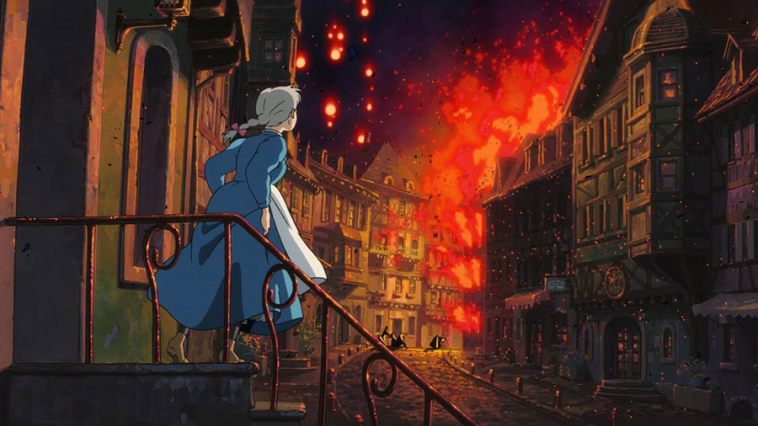 One such change can be seen in the heightening of the war plot thread. Miyazaki is a well-known pacifist, and anti-war messages can be seen frequently throughout his films. In Howl’s Moving Castle, Howl struggles to escape the call to war on behalf of the country, as they wish to use his magic for destruction. Miyazaki was highly outspoken about his displeasure at the US invasion of Iraq (his anti-war sentiment is difficult to miss throughout Howl’s), and considered that since the film was released soon after the start of the Iraq war, it would not do well with a United States release. Howl’s Moving Castle though went on to become one of the most popular and commercially successful Japanese films ever made. 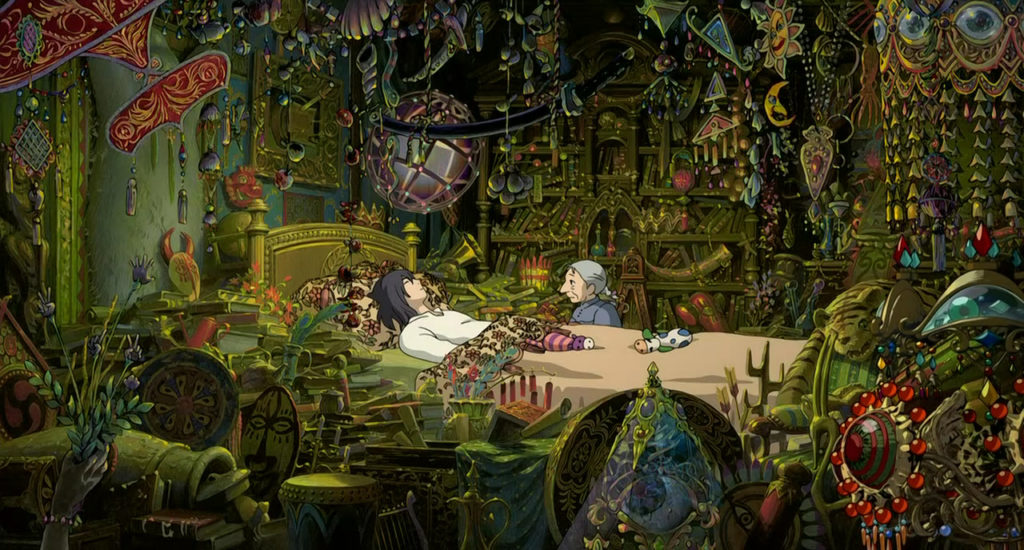 Although the film does contain a strong anti-war message, perhaps the more powerful theme is compassion, and finding happiness with oneself. Throughout the film, Sophie learns to stick up for herself, and take action towards the things she wants. There is a big difference between the Sophie at the start of the film that tries to convince herself that being turned into an old woman is fine, and (I will avoid spoilers) the Sophie that comes out at the end of the film. What Sophie does not lose is her compassion though, and not only does she maintain this, but she teaches it, as well as a lesson or two in self-confidence, to Howl as well. Through Sophie and Howl’s journey, the audience is brought to understanding that compassion and faith in oneself are stronger elements than the violence of war. In Howl’s Moving Castle, Miyazaki succeeds in crafting a work that, in the face of hatred and violence, tugs the audience in the direction of love and peace in a work that displays both the visual artistry and narrative care that has made Miyazaki the film legend he is today.