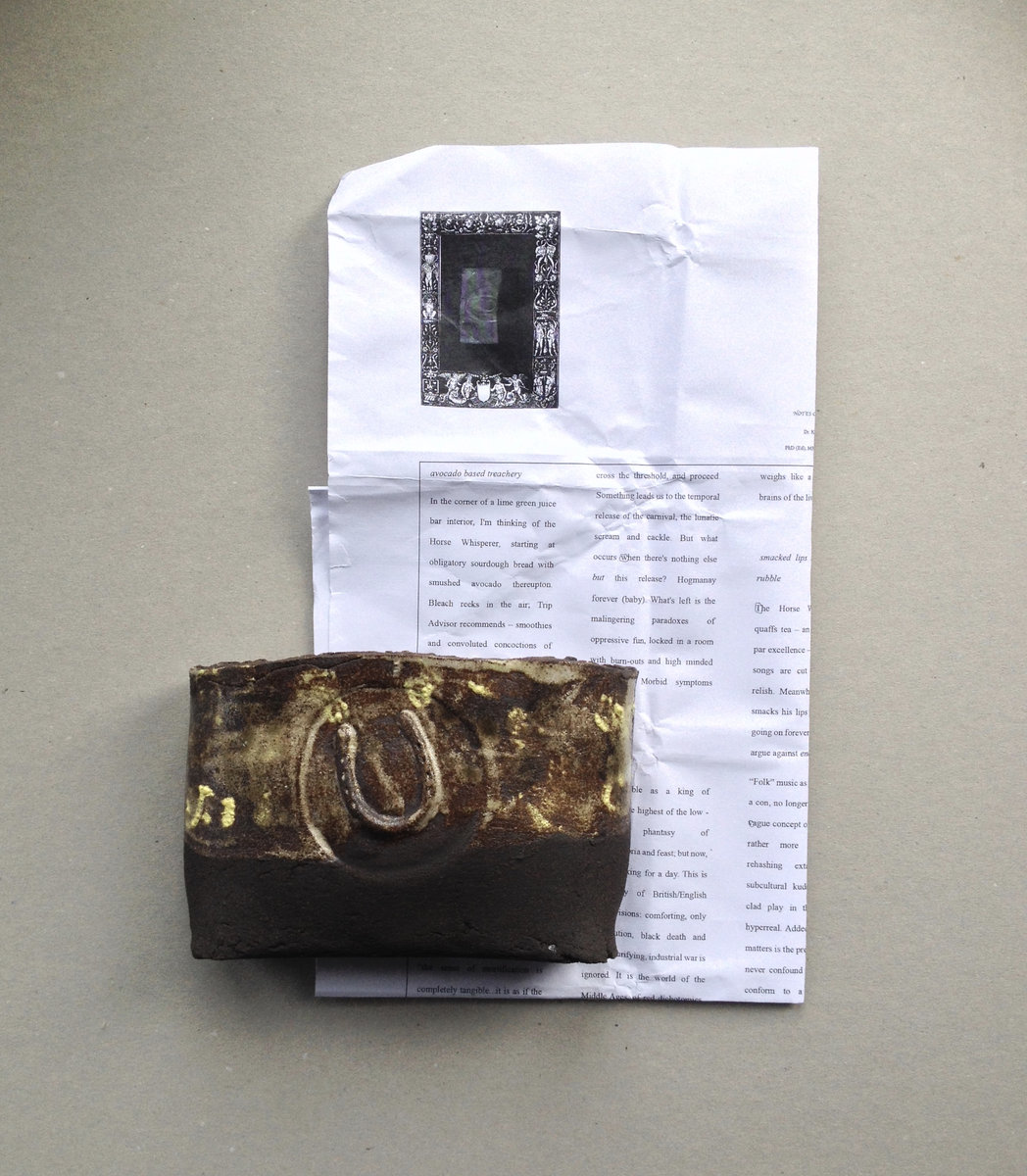 When I read about a musician who describes his work with terms like “hyper-stylized pastoralia,” “themes of historicity,” and “bricolage,” I have to admit it makes me a bit skeptical. Maybe it’s because I’m bitter about certain snooze-fest performances I was forced to sit through in college, but I prefer to keep my academia and my music separate. I’m no philistine but I’ve always found academic approaches to music-making overly serious, obscurantist, and just… soulless.

Given my prejudice, I was pleasantly surprised to stumble across The Fifth Season by Horse Whisperer aka Max Syed-Tollan, a master’s student at the Glasgow School of Art. It’s a sprawling, ever-shifting sound collage created in tribute to Renaissance-era madrigalists. These musicians of yore, explains Syed-Tollan, were remix artists, constantly experimenting with imitation and rearrangement, and The Fifth Season is an attempt to capture something of their spirit using a contemporary vernacular.

The words “sound collage” imply an assembly of found sounds, but the majority of The Fifth Season’s content comes not from samples but from Syed-Tollan himself. He manipulates his analog and digital instruments deftly, veering in between skewed takes on Renaissance music, subterranean krautrock and, at one point, medieval techno (I can’t describe it in a way that sounds appealing– you’ll have to take my word for it). The whole thing reads like a whirlwind trip through a thousand years of British history, or maybe the hallucinations of a knight who imbibed a few too many chalice-fuls of bad mead.

The Fifth Season is far from a boring academic exercise. It’s a consistently surprising, inventive and funny release, wildly spewing out juxtapositions and assemblages that show us the links between British music then and now. For fans of Fairport Convention, Henry Cow, and Olivia Tremor Control.