*NOTE: Helms Alee will be coming through Boston and opening up for Earth on 6/18 at ONCE Ballroom. Don’t skip it! 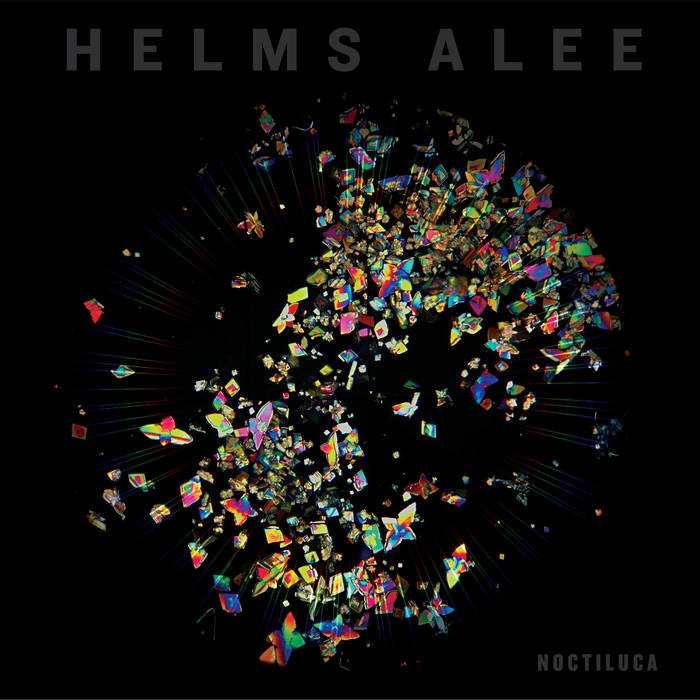 Dirt McGirt was famously known as Old Dirty Bastard because his style had no father. All creative undertakings stand on the shoulders of the people that were making shit before them but sometimes individuals make music that is hard to compare to anything else because it sounds so different. Big Baby Jesus did it, and Helms Alee just put out what I think is going to be regarded as their seminal album and it sounds a lot more like Helms Alee than it does anything else.

I’m not one to avoid genre classifications (they’re an easy way to transmit the broad strokes of what something sounds like) but I always felt that Helms Alee being put in Sludge Metal was kind of criminal. To me, they’re a rock and roll band with math rock leanings and you could even argue some grunge HOWEVER when trying to compare them to bands, I did keep falling back to Sun that Never Sets era Neurosis and Leviathan era Mastodon so there must be something there. Again, Helms Alee are hard to compare to anything because they sound so much like they grew out of themselves and their past projects of Harkonen and Lozen. Basically, it’s probably just easier to say that if you like your rock loud, progressive and weird, this is probably going to be your bag.

One of the greatest strengths of this record is that it’s not just a collection of songs but a well thought out piece of music in its entirety. Helms Alee have elevated their music here by making it so diverse and yet part of a greater whole album of music. The songs do so many vastly different things but they never stop sounding like the same band is playing them. In fighting, the call it giving your opponent a “look”. You show your opponent one thing so that they think they know what’s coming next but by switching it up, they can never tell. As Helms Alee explore not just the loud and the atmospheric but everything in between those two they give you so many looks that you can’t tell what’s next but you’re sure it’s going to be good. They perfectly organize this album to both take you on a journey and emphasize this diversity in their songs.

‘Interachnid’ opens up up this killer album and it’s immediately clear that Hozoji Margullis is not here to fuck around. Let’s start off talking about these drums. She’s been staking her claim as one of the best drummers out there but her work on this album is a step up and pretty flawless. There’s a lot of diversity of sound in this album and so much of that comes from the dynamics she’s able to draw from her kit. She plays at all levels and drives the song forward at every turn but her greatest strength may be that where many drummers think that “pulling back” to let the other instruments shine means that you just become a human metronome, she instead uses those sections to create these fascinating rhythmic patterns. You can delve into her drumming details for days before you have to come up for air. Anyways, she’s not fucking around and that’s clear. Interachnid is a kick in the breadbox and as the strings build and the drums rage you’re thrown into the song.

All three musicians in the band contribute to the vocal duties and they really use that to its fullest potential here. They all sounds distinctly different but lock together like puzzle pieces when harmonized upon each other. Not only are the vocalists really starting to push their individual ranges, but they don’t rely on the same combinations between them to approach songs and instead use those voices in many different ways.

After track one, ‘Beat Up’ and ‘Play Dead’ pound you with heavy beats that feel like a battle march before half way through Play Dead there’s a tonal shift with the same theme but played in a more somber tone. After kicking in the door with the first two songs, they bring the mood down a little bit to a softer and slower range but it doesn’t ever stifle the intensity. It’s a nice touch to do this mid song transitioning to the second section of the album.

The next two songs ‘Be Rad Tomorrow’ and ‘Lay Waste, Child’ continue the tonal shift from the second half of ‘Play Dead’. These songs are both heavy and atmospheric but in vastly different ways and again it feels as if it’s a movement and this album is just one long composition. The transitions between the songs are so amazing here. Each one feels like it leads directly to the next so much so that it feels like destiny. They’re soft in different ways, slow in different ways. ‘Lay Waste, Child’ hypnotizes you and then builds to a climactic ending that takes you right into the next offering “Illegal Guardian” which builds off of that foundation. Midway through the song  you’ll be deciding that that fist at your side, you know, the one you’ve been clenching and you didn’t even notice before? It needs to be raised to the sky.

Not only are the drums hitting many levels of intensity but Ben Verellen’s guitar work is covering so much ground in these songs. At points its the focus of the music and at other points is just a layer of sound but it’s never stationary and it’s never boring. His ability to make so many different kinds of sounds with his one instruments is next level. Dana James deserves all the credit in the world for being the glue that holds it all together with her bass. Always syncopated and never following, it is always bridging a gap between everything, making it all make sense and giving you grooves to lock into. There’s so much going on in these songs but they never feel complicated or overwhelming. At its base, this is ass shaking music.

‘Spider Jar’ is the single they dropped from this album and it caused a lot of raised eyebrows when it was released. It has a pop aesthetic to it that has been absent before but it makes so much sense when placed in the context of the album as a whole. They lead you right up to it without sacrificing any of their original sound and give you this shining rock and roll lullaby in the middle of this chaos to sing along for a verse or two. It shines the proper amount of brightness on the album keeping it balanced and again, giving you another look.

It flows into the dreaminess of ‘Pleasure Torture’ and ‘Pandemic’ before switching gears one last time to hit you hard with the closer ‘Word Problem’. And close it out, it does! If you’ve been on the journey this far and that song doesn’t have you dancing around the house you might just be dead inside. It’s an epic journey that you just went on! Peaks, valleys, peaked valleys and vallies peaks. Here at the end you look back at all the ground you covered and that’s where I just keep starting the album over.

So far, this is my top album of 2019. Even if something else knocks it down a step, I’d say it’s a 10/10 album for me. I spent 12 years in Seattle watching that music scene develop and when I left it was clear that Helms Alee was and is the best active Seattle band. Seattle actually has a flourishing music scene at the moment so there’s lots of competition, but this is the album that will silence the critics. Growing up in the DC area, Fugazi was the band that everyone loved. When a band is that overwhelmingly popular, part of you may want to search for a reason to dislike them but when Fugazi put out End Hits, even the hater-iest hater in the cabal of haters had to go, “ok, that’s pretty dope.” This is the End Hits for Helms Alee and I can’t imagine anyone not getting on board at this point.

Hype train is leaving the station so choo choo motherfucker and jump on!