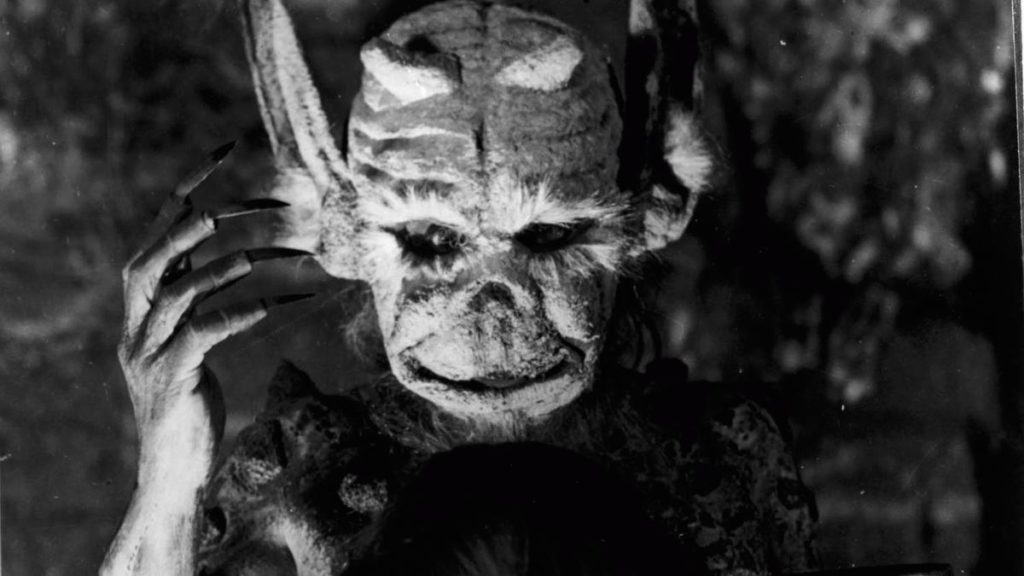 One of the great things about alternative cinema spaces is the potential for counterprogramming. For every superhero blockbuster, you’re liable to find a screening of Infra-Man or Super; and each Valentine’s Day brings no shortage of perfectly anti-romantic delights. But if there’s ever been an occasion to call out for counter-programming, it’s the holiday season. When forced whimsy and rank consumerism rise to near-lethal doses, and every day brings the threat of inadvertent contact with “The Christmas Shoes,” sometimes you simply need to take in something good and nasty.

To that end, one can hardly do better than the notorious silent horror/documentary hybrid Häxan, which screens tonight at the Video Underground. Häxan (sometimes known by its original English title, Witchcraft Through the Ages) is, frankly, insane, and despite being nearly 100 years old, manages to pack in more gleeful Satanic imagery than an ‘80s metalhead’s battlevest. In short, if you’re running out of patience with seasonal Hallmark rom-coms starring faded ‘90s sitcom stars, this is the perfect antidote.

Directed by pioneering Danish filmmaker Benjamin Christensen, Häxan purports to be a documentary loosely based on the Malleus Maleficarum, the notorious text used as a guidebook (and justification) for witch hunters in the middle ages. The film is divided into multiple parts, first exploring the history of witchcraft, Satanism, and hell in art and folklore, then swerving into a series of short dramatic vignettes involving the dark arts, before ending in an epilogue about how modern understandings of science and psychology have served to recontextualize what had been for previous generations the realm of superstition and mysticism.

Now then: on paper, all of this makes Häxan sound a bit like a staid curiosity, like some sort of unintentionally hilarious classroom film. But like the makers of Reefer Madness and other code-skirting exploitation films, Christensen essentially uses this faux-documentary framework to present a non-stop parade of wall-to-wall perversity, all presented with legitimately eye-popping visuals. The demons (including Christensen himself) are both grotesque and as impressive as any makeup effects of the early twentieth century. Semi-nude maidens line up to kiss the devils ass in the moonlight. Crones putter around their kitchens surrounded by hanging dog skeletons. Actors cavort in towering pig costumes and reenact scenes out of Durer and Bosch. Even today, few films come to mind that are as willfully blasphemous– or as fun.

Like many films of the era, Häxan has been released in a variety of formats, cuts, and running times. Most notoriously, a truncated version was released in 1968 with a contemporary jazz score (featuring, among others, Jean-Luc Ponty) and original narration by beat legend William S. Burroughs. The version screening tonight is the original silent version, but it also runs nearly 20 minutes longer than the version currently available in the Criterion Collection; this is most likely due to a slightly lower crank speed, resulting in a more subtly smooth viewing experience. This is the sort of minutiae which sense film obsessives down any number of rabbit holes; the devil, after all, is in the details.