Some years ago, I was riding the Red Line, and a trio of college freshmen, a boy and two girls, boarded at Harvard, Newbury Comics bags in hand. In the boisterous, exaggerated sense of self common to young people on their own for the first time, the boy produced a handful of comic books from his bag, gushing over how big a fan he was, and how much he loved various superheroes growing up. As he thumbed through his Spider-Man issue, however, his smile faded, and was replaced by a look of bewilderment. Clearly taken aback, he murmured, “Oh, this must be . . . other Spider-Man.”

As a comic fan, I smiled, as I knew instantly what had happened: the lad had picked up an issue of Ultimate Spider-Man, part of an alternate universe continuity in which Peter Parker had recently died, and the Spider-mantle had been taken up by a black Latino youth named Miles Morales. It was an easy mistake for the uninformed – like many, I myself had only recently been lured back to the world of comics, and had to acquaint myself with the various concurrent realities that had popped up in my absence. It wasn’t until later that I realized the truly remarkable aspect of what I had witnessed: that young man had exaggerated his knowledge of comic books in an attempt to make himself more attractive to the opposite sex.

You can talk about the billions upon billions of dollars Marvel Studios has accrued, how they’ve dramatically altered the business strategy of the Hollywood blockbuster, and how they’ve charted a release schedule well into the next decade, but, to me, the greatest testament to what they’ve accomplished is in the slice of life I just described. They’ve taken the nichiest of niche interests and brought it squarely into the mainstream, to the point where people who would never have been caught dead in a comic store just ten years ago can effortlessly discuss characters like Hank Pym and the Scarlet Witch. And thanks to the obstruction of preexisting deals with other studios, they’ve done all this without most of the characters who had already become household names: no Wolverine, no Spider-Man (until recently), and no Fantastic Four (though that may change). While Iron Man was always a major player in Marvel comics, the average non-Ghostface civilian had never heard of Tony Stark until he was embodied by Robert Downey, Jr. 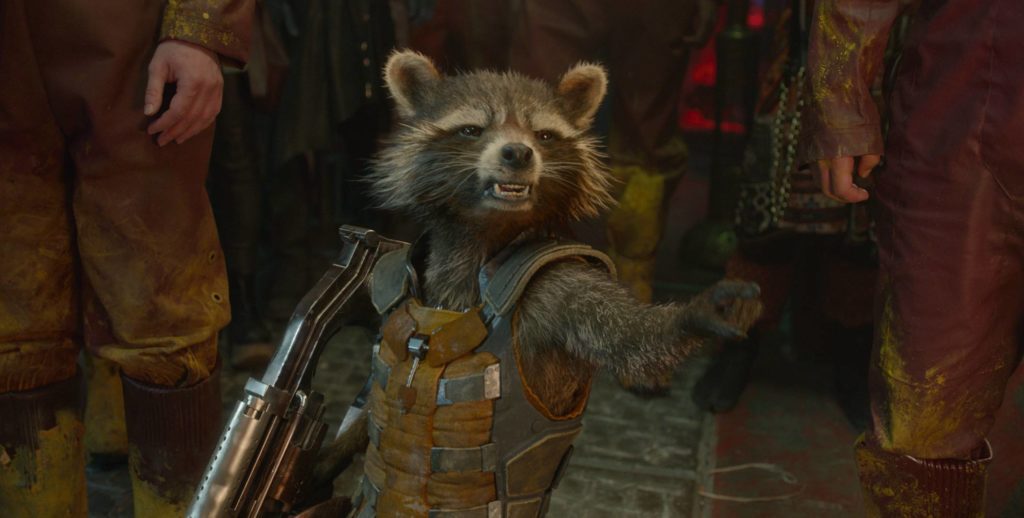 Of all the properties to come out of Marvel Studios, none better illustrate this than James Gunn’s 2014 take on Guardians of the Galaxy. Though most of the characters date back at least to the ‘70s (indeed, scene-stealing tree-man Groot debuted in 1960, predating the “Marvel Universe” by about a year), none of them ranked higher than the second or third tier of the public consciousness. What’s more, the story rests squarely in the “cosmic” corner of the Marvel Universe, a world of deep-end nerd shit like magic gems and interplanetary disputes and mining colonies inside the skulls of giant robot space-gods. Yet Guardians not only became the commercial hit of the summer, but also a beloved critical darling. So what’s the secret?

For one thing, Marvel Comics actually owns the studio that makes their films, which puts it in their best interest to create faithful and appealing versions of their characters. That’s evident in nearly every aspect of Guardians, from Chris Pratt‘s charmingly raffish Star Lord, to Zoe Saldana‘s witheringly honest Gamora, to Rocket Raccoon, perhaps the most hilarious and unlikely space hero since C-3PO. It also helps that Marvel frequently makes inspired picks of directors: Gunn previously helmed cult favorites Slither and Super and wrote the screenplay for Tromeo and Juliet. In the end, though, it simply boils down to the fact that Guardians, like much of Marvel’s cinematic output, is just FUN, a big, goofy popcorn romp that’s just clever enough not to make you feel dumber for watching it. Oh, and one more thing: ooga-chaka.