Finally, a womxn’s arts and culture journal that reaches our hearts through our stomachs: GRLSQUASH! The journal was founded by Madison Trapkin in April 2018 with a very specific mission: to explore “the intersectionality of food, art, and culture” through beautiful works of art and writing. GRLSQUASH specifically seeks contributors who are, “womxn, femmes, queer, gender nonconforming, agender, and trans folks that fall under the GRL umbrella”. 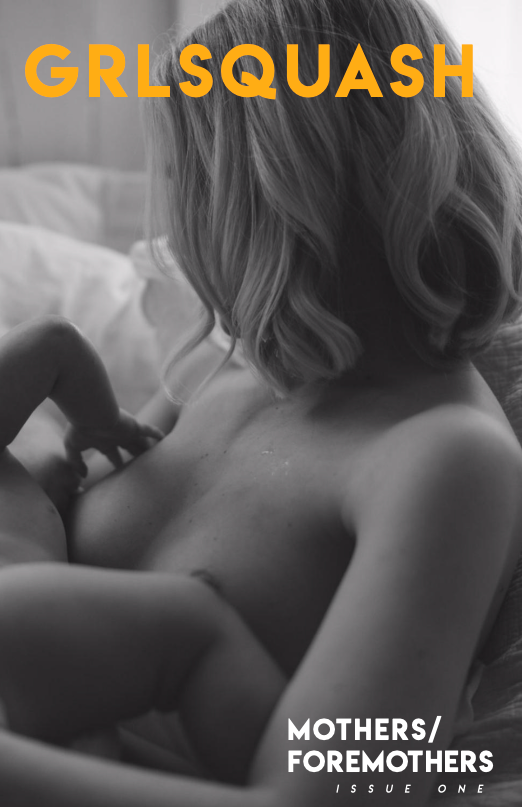 GRLSQUASH’s first biannual issue was released in Summer 2018 and was dedicated to mothers. Titled Mothers/Foremothers, the issue aimed to capture “memories of the women who came before [them] and who inspired [them] through food”. Within the pages, the poems, illustrations, stories, and (of course!) recipes all connect us to the past. Some contributors express their changing relationship with food, either as a result of emotional traumas or making healthier choices. These pieces are often intimate and personal to the brilliant GRLSQUASH’s contributors, but they do not lack universality. Every story is a taste transferred from the writer’s taste buds to ours.

And these tastes aren’t just figuratively transferred, but become physically available to us through recipes. Anne Becker’s “Old English Fruitcake” recipe, for instance, joins her and her grandmother together. Becker can imagine truly knowing her meemaw, almost like the old handwritten recipes magically bring her grandmother into the present moment. In the same way, we can understand Becker’s connection through our own interactions of making and tasting.

The Boston Hassle had the pleasure of interviewing Madison Trapkin about GRLSQUASH’s mission, history, and inspirations!

TRAPKIN: I have a background in food. My mom is a caterer and she started her catering company when I was born, so I grew up in her catering kitchen. And also just in our kitchen at home and I sort of learned how to cook through osmosis by being in the kitchen. There were some times where she would be like “okay, you have to pay attention to this” or some things I would take interest in especially as I got older, like making risotto for example… We didn’t have meals together all the time because she worked a lot, so when we did have meals together, it was really important for us to gather around the table. So, from a really young age food was super important and mealtimes were super important. These were places where there could be good things that were shared and also bad things. A lot of nice moments around the table, a lot of fights around the table- but also a lot of awesome fun exciting love around the table. So food was just important to me in that way. And then I went to undergrad for anthropology and I sort of gravitated towards looking at food as this comparative culture that’s super important and super universal. Obviously we all have to eat and drink and we all have varying degrees of access to food and drink. That sort of dichotomy was very interesting to me- this thing of access and also need…I knew I wanted to do something with food writing, I just didn’t know what it would be and so pretty much as soon as I started the program the things that were coming up for me were gender and the tropes of women in the kitchen, how it felt to be a woman identifying person interacting with food and making new friends over meals and cooking together and really focusing on how those really common threads were weaving my life together especially as an adult. 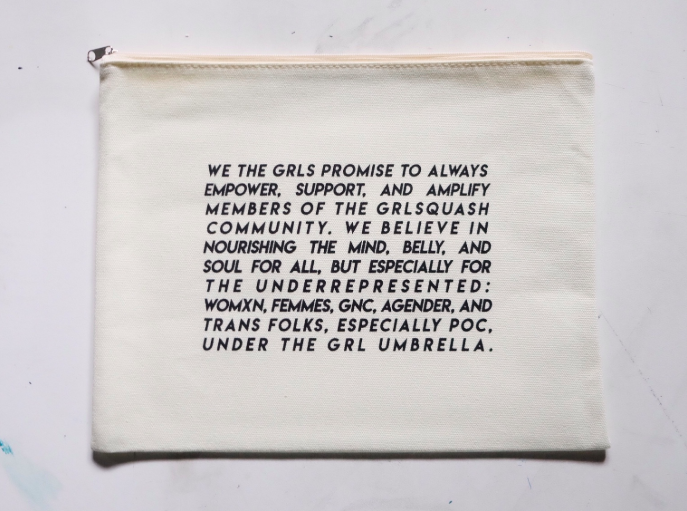 BH: What have you learned about food through GRLSQUASH?

TRAPKIN: I guess I knew that food could be something for healing… and I didn’t know that it was that way for other people too. I’m thinking of one piece in particular in issue two that’s a three part piece and it’s actually kind of the embodiment of GRLSQUASH in my opinion. It’s a three part piece- the first is a personal essay, the second is a historical account retold, and the third is a recipe that connects all of them together. The recipe was created by combining the personal account and the historical account. The commonality between the personal and historical account are that the personal account is about a woman’s rape and the historical account is another woman’s rape. Food is the thing that as she’s telling her personal account… she remembers specifically the dinner that she ate on the night that she was raped and the other foods that she was experiencing in the time after it. And sort of about how she lived through food immediately after she was raped and how those are the things that stick out for her. And then- this is now me extrapolating- but now she is someone who makes ice cream…and she takes these experiences that she has or that she reads about, whether they’re good or bad, and makes them into ice cream and into flavors. So in that way I think it has been a healing process for her or a way of synthesizing. Food as a way to synthesize experiences and information. I think it’s something that I guess I’ve confirmed and also learned how other people do it… there’s so many layers and there’s so much to digest that she’s making this sweet complex thing that comes out of a complex thing that wasn’t so sweet.

BH: It seems like GRLSQUASH is redefining women’s relationship with food!

TRAPKIN: I hope so! I hope that’s we’re doing… When I talk about GRLSQUASH and our mission and what we’re doing, people either get it or they don’t. And when I say get it, it’s like capital G capital I. If you get it usually means that you’re probably a feminist, like it’s 2019 and we all should be…my hope is that we can sort of reclaim this relationship to food. This goes back to when I first started at [Boston University] in the gastronomy program, feeling really annoyed by this trope of women in the kitchen and a woman’s place being in the kitchen and like all this make me a sandwich bullshit. Like that sucks and that’s annoying, but also it’s okay if I want to be in the kitchen. I love cooking for people and I specifically love cooking for my partner and I do the cooking in our relationship…to me, yes. GRLSQUASH is a way to reclaim food and to turn this sort of tug of war- to take the negative parts of it turn into something really, really beautiful, Even if it’s not a beautiful outcome, even if you’re still traumatized by your disorder, even if those are things are still working towards at least GRLSQUASH is a vessel for you to continue to work on that too.

GRLSQUASH is a unifying force- not just between food and culture, but also between culture and girlhood in its various and lovely forms.

The Winter 2018 issue entitled Self is available to preorder on the GRLSQUASH website.