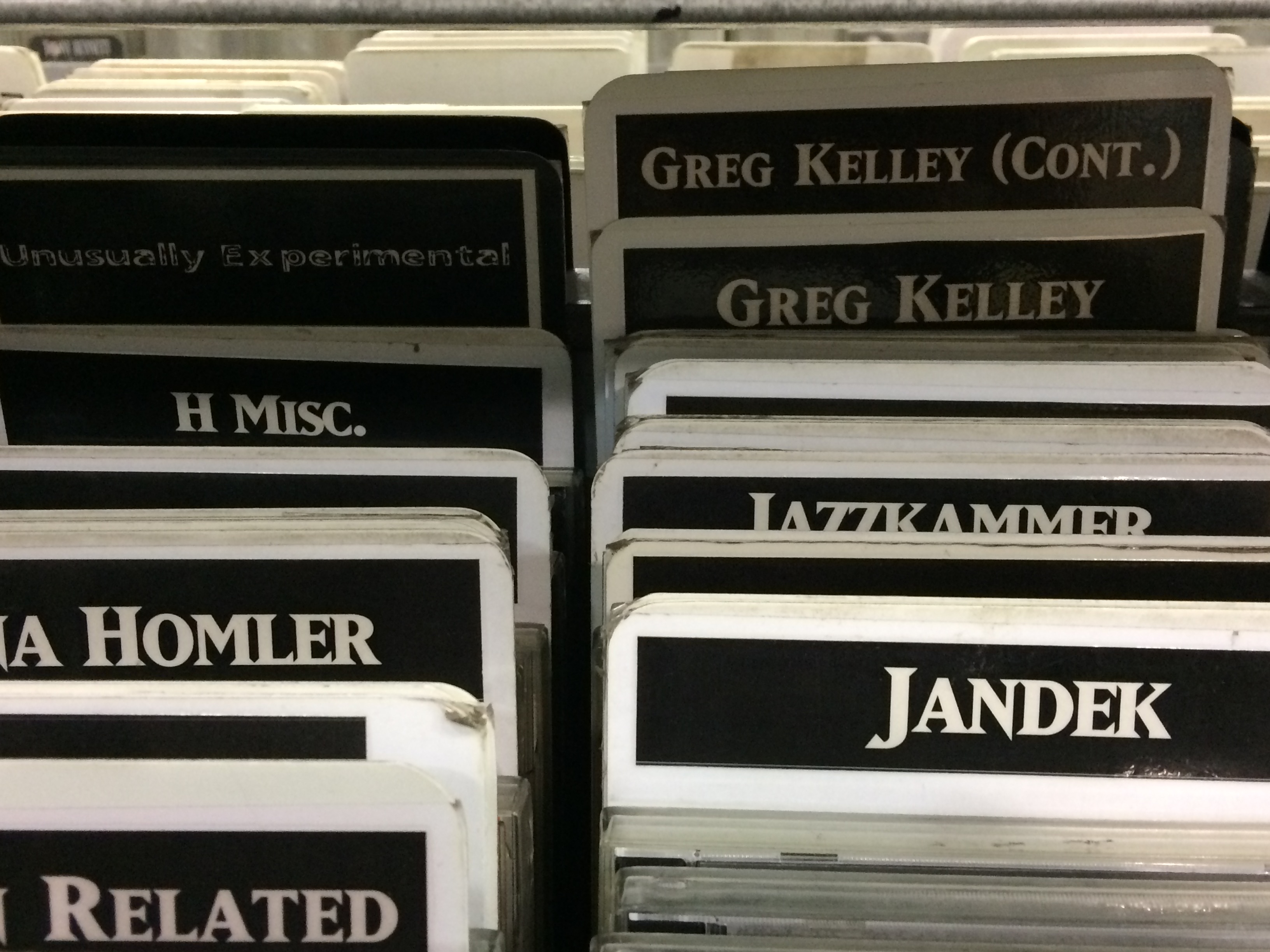 Looking back at the end of a calendar year is a tricky amalgamation of selective memory, failing memory & recent memory that doesn’t always align with the various cycles of our multifarious existence. The calendar year doesn’t even align with the school year or the fiscal year, much less the cumulative nature of achievements, failures or “growth.” But, it does provide a select data set to observe, analyze & process. And being of an analytical persuasion, I do keep a number of lists which are more or less accurate so I can attest to the following:

I played 30 shows, mostly in Seattle, but also in Los Angeles, Olympia, Portland and Vancouver BC.

I attended (but did not play at) 94 additional shows/concerts/talks/comedy.

Since a picture is worth 1,000 words and memory is a fragile thing, here are some highlights from my camera roll for a more literal look back at 2017….

——————————————-
1/6,8,9/17, Miami: Started off the year with a trip to Miami with Leah attempting to escape our respective winters (cold/snow for her, rain for me.) It still managed to rain most of the time, but among other things, a trip to the Institute of Contemporary Art, Miami led us to a great exhibit by Thomas Bayrle. I later picked up his LP with Bernhard Schreiner, WARP WEFT (Small World) – featuring the excellent, mechanistic techno of the inside of a textile weaving factory. 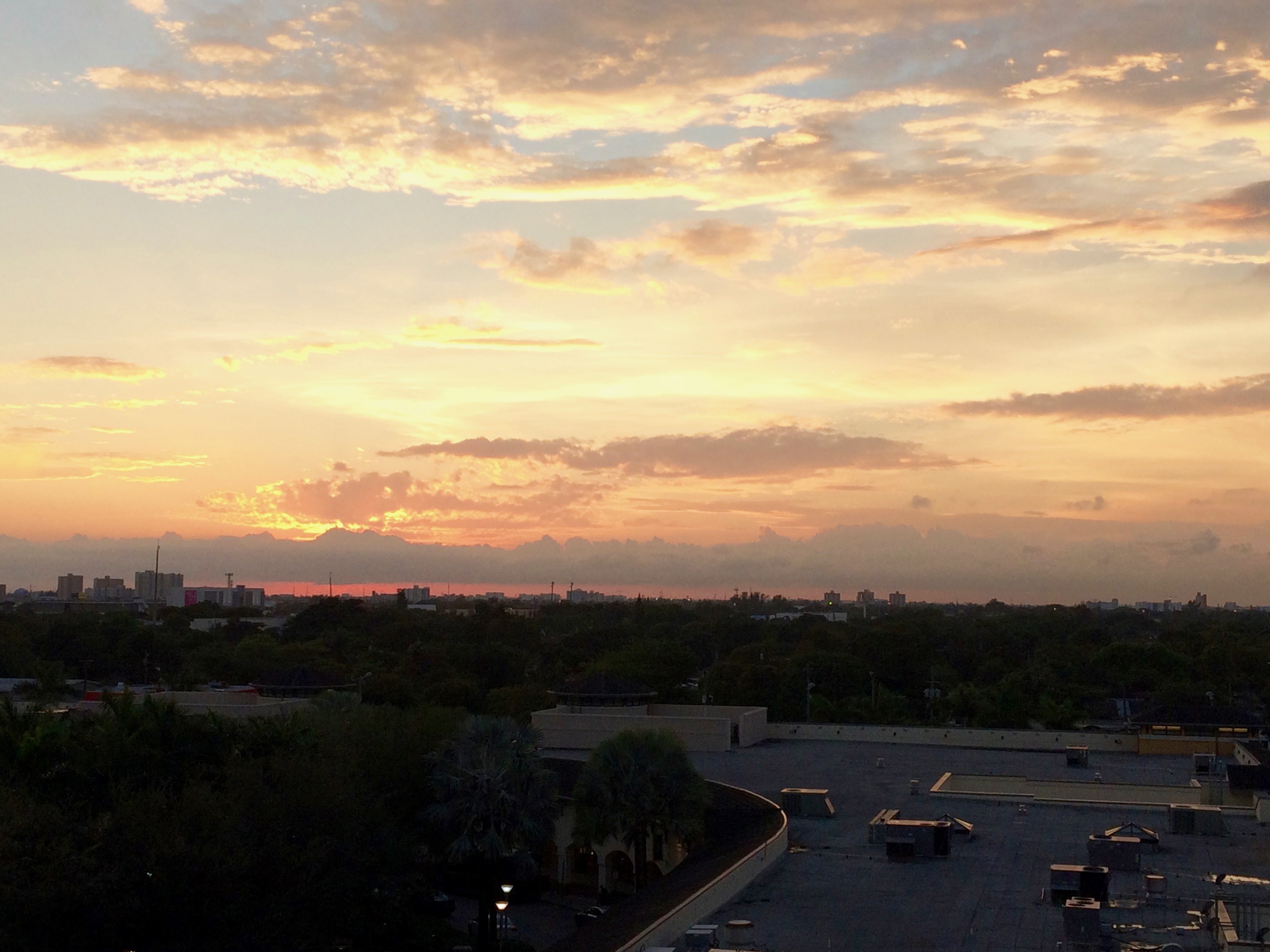 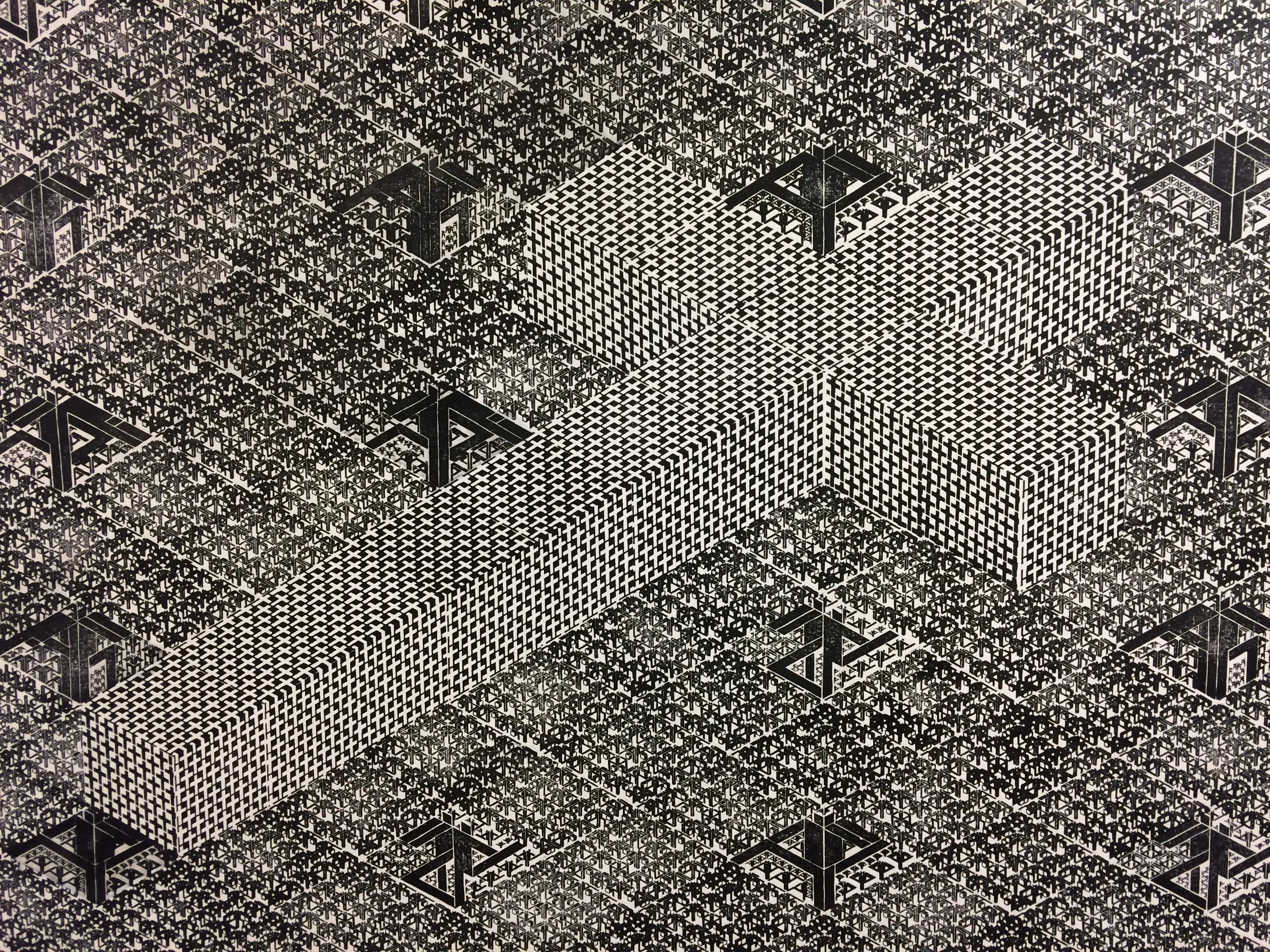 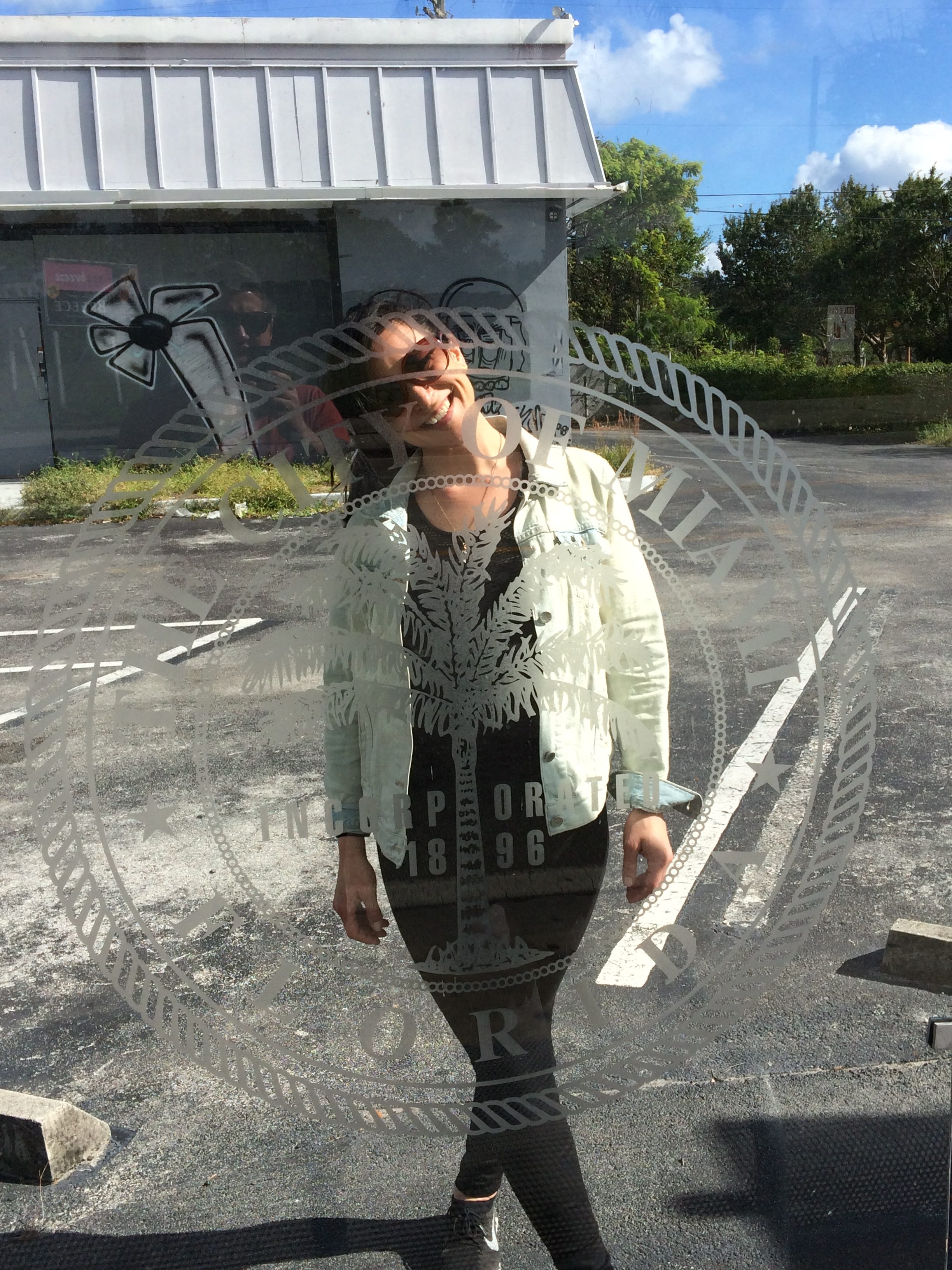 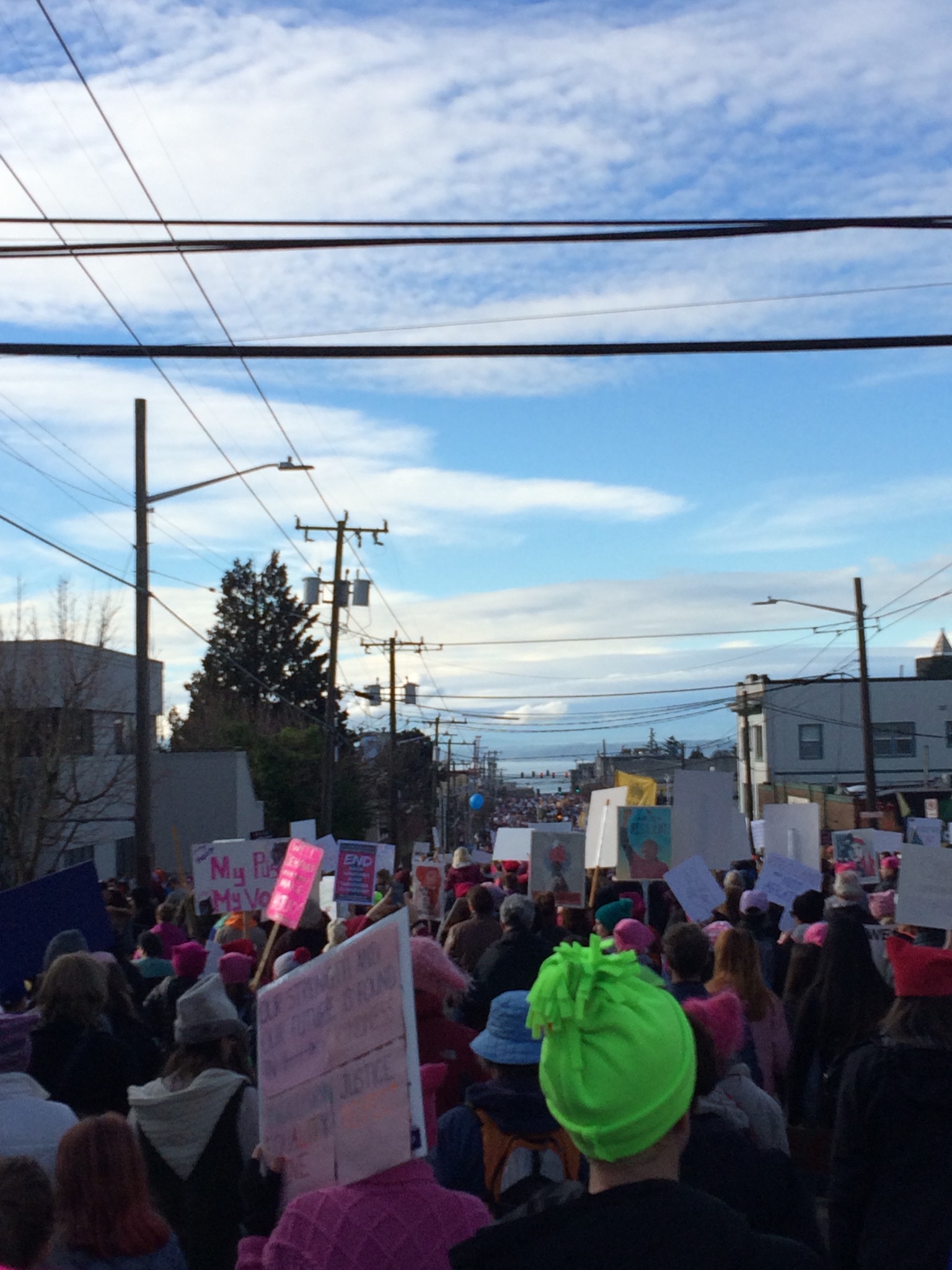 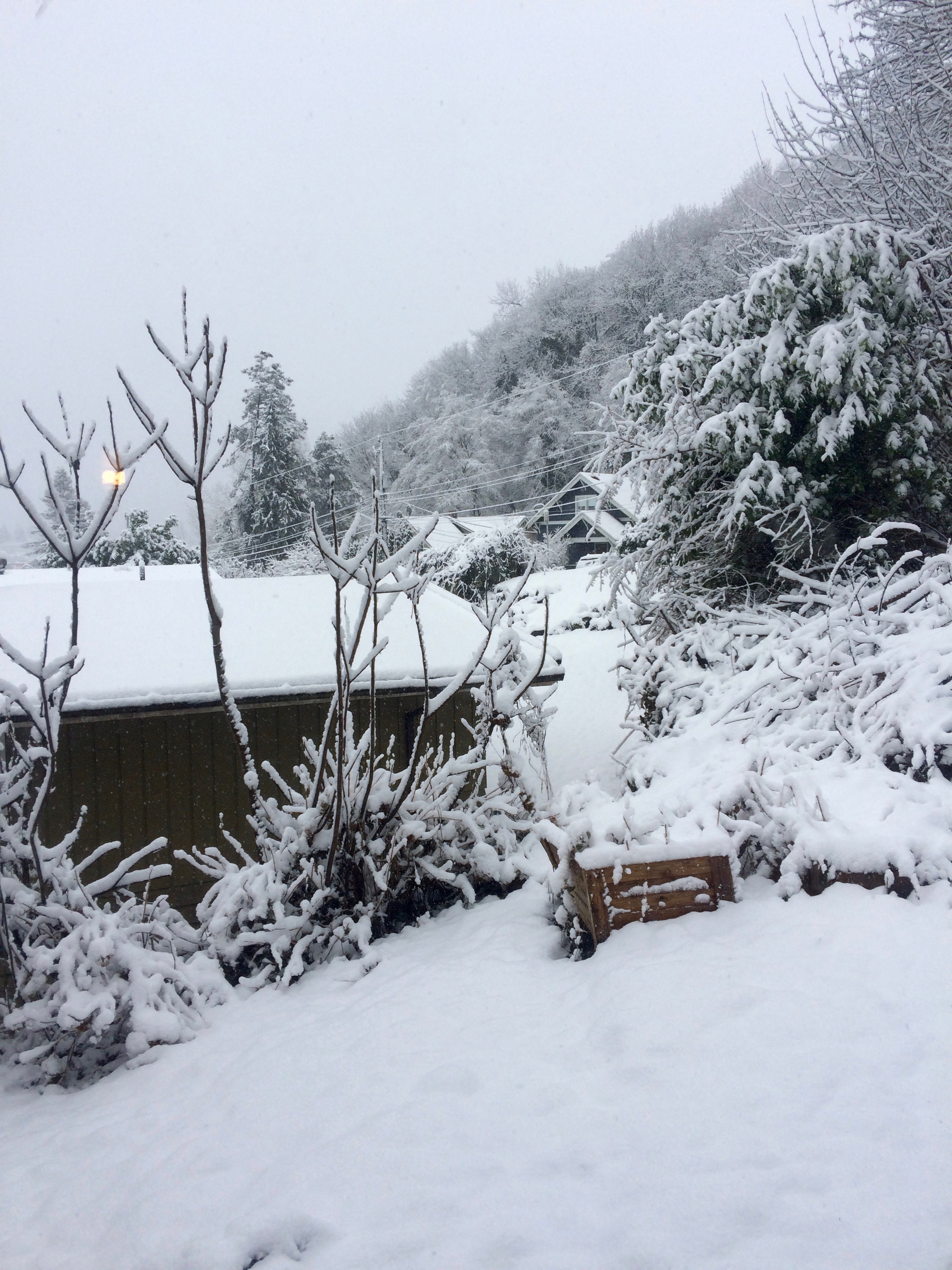 ——————————————-
2/17/17, Los Angeles: My first trip to the legendary Comedy Store, courtesy of VDSQ & Black Editions who invited me down to play a show the next night with Bill Orcutt & Eyvind King. (My second opportunity to escape Seattle’s rainy season was met, again, with rain.) 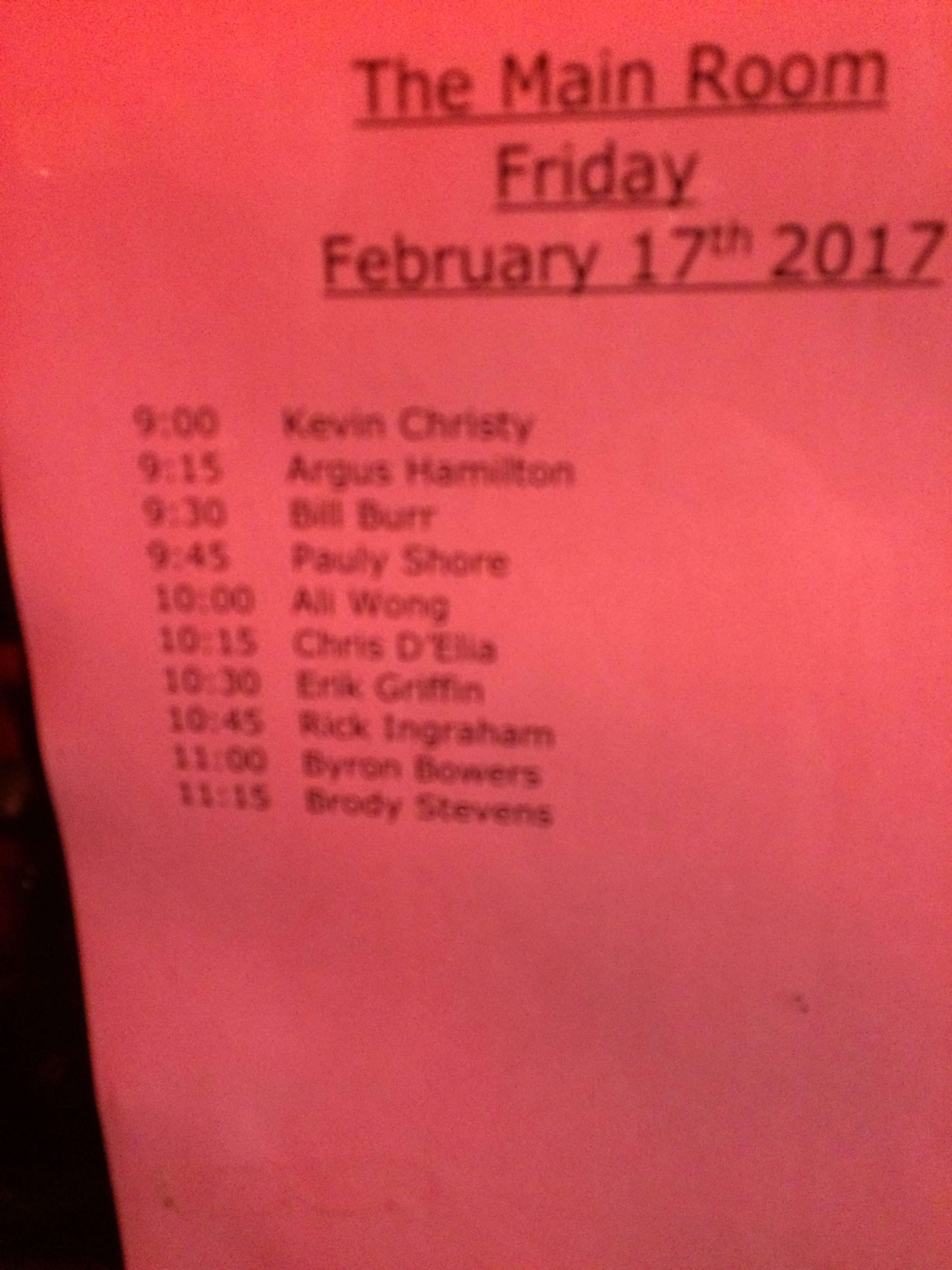 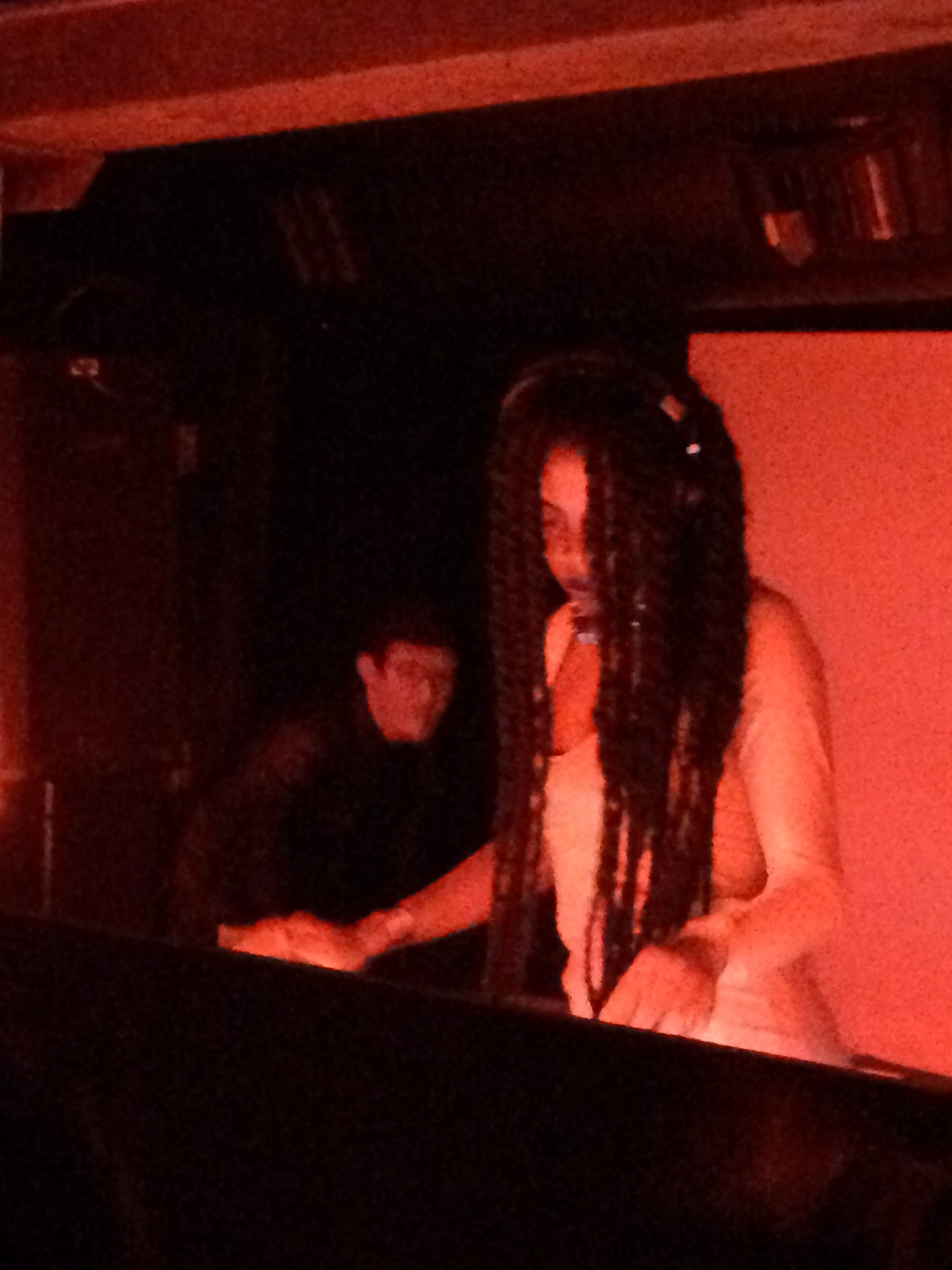 ——————————————-
3/17/17, InArtsNW, Seattle: In August of 1998, Bhob Rainey, Vic Rawlings, James Coleman & I performed as part of Mark Bain’s vibro-sonic, literally floor-shaking installation at MIT, The Live Room. Mark’s brother John Bain was also part of the performance projecting the sounds of his Mutant Data Orchestra (rewired answering machines & other digital ephemera) into transducers that were vibrating the the structural beams of the MIT lab we were performing in. I hadn’t seen John since that performance, so it was great to see him perform in Seattle, where he lives, but rarely plays out. Excellent broken beats and scrambled data. 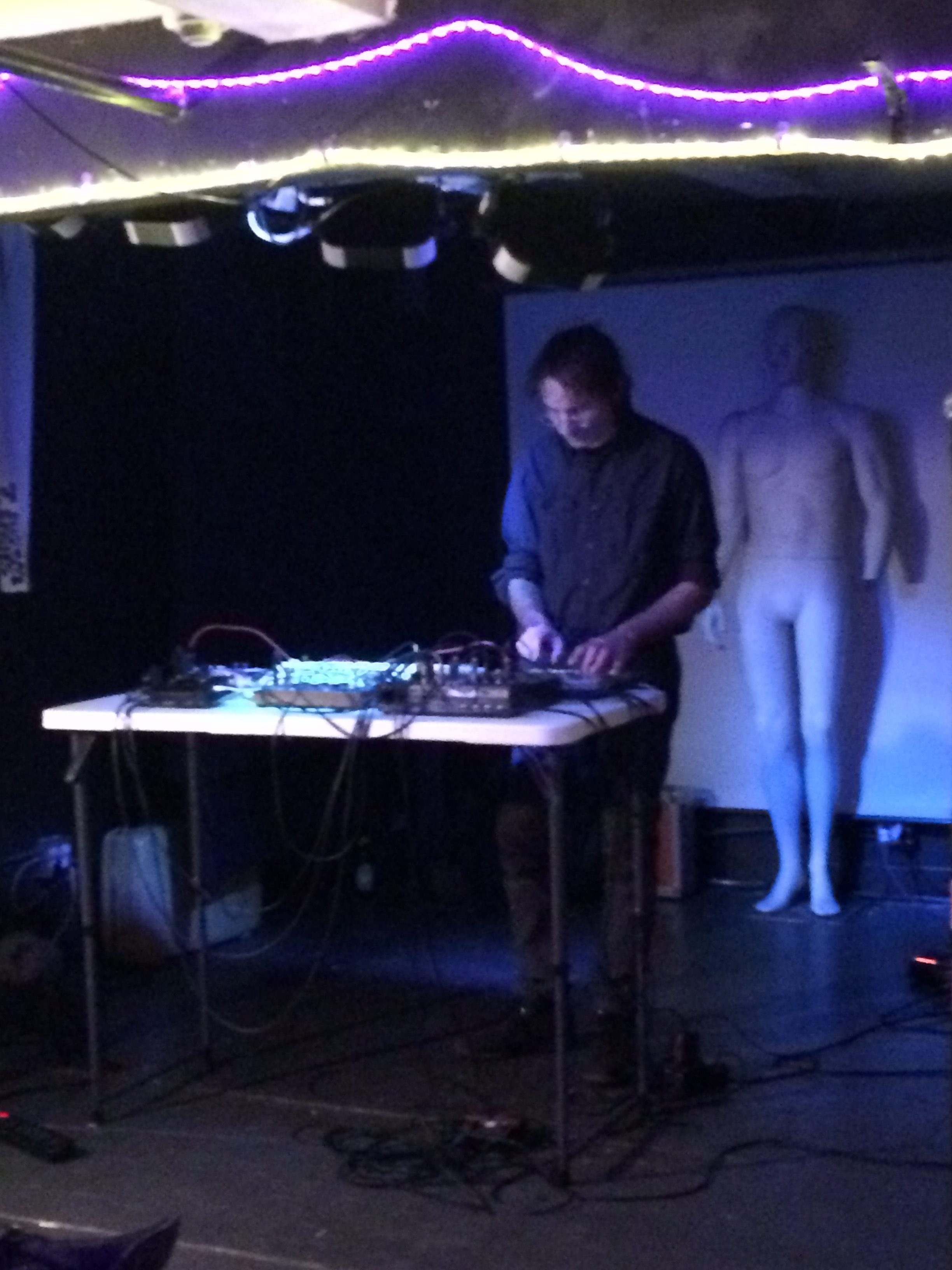 ——————————————-
3/31/17, The Neptune Theater, Seattle: I saw Diamanda Galas twice in the mid-90s, once with her group with John Paul Jones in Philadelphia (courtesy of my sister & a writing assignment she had from the Philadelphia Inquirer) and a solo set at Aerosmith’s club in Boston, Mama Kin. 20+ years later, she’s settled in even deeper and her concise, intimate solo set was excellent. (In a January 2017 Rolling Stone interview when they asked her about something she enjoyed that one might not expect her to, she said, “Don Rickles. My hero.” Me, too, Diamanda. RIP Don (5/8/26-4/6/17).) 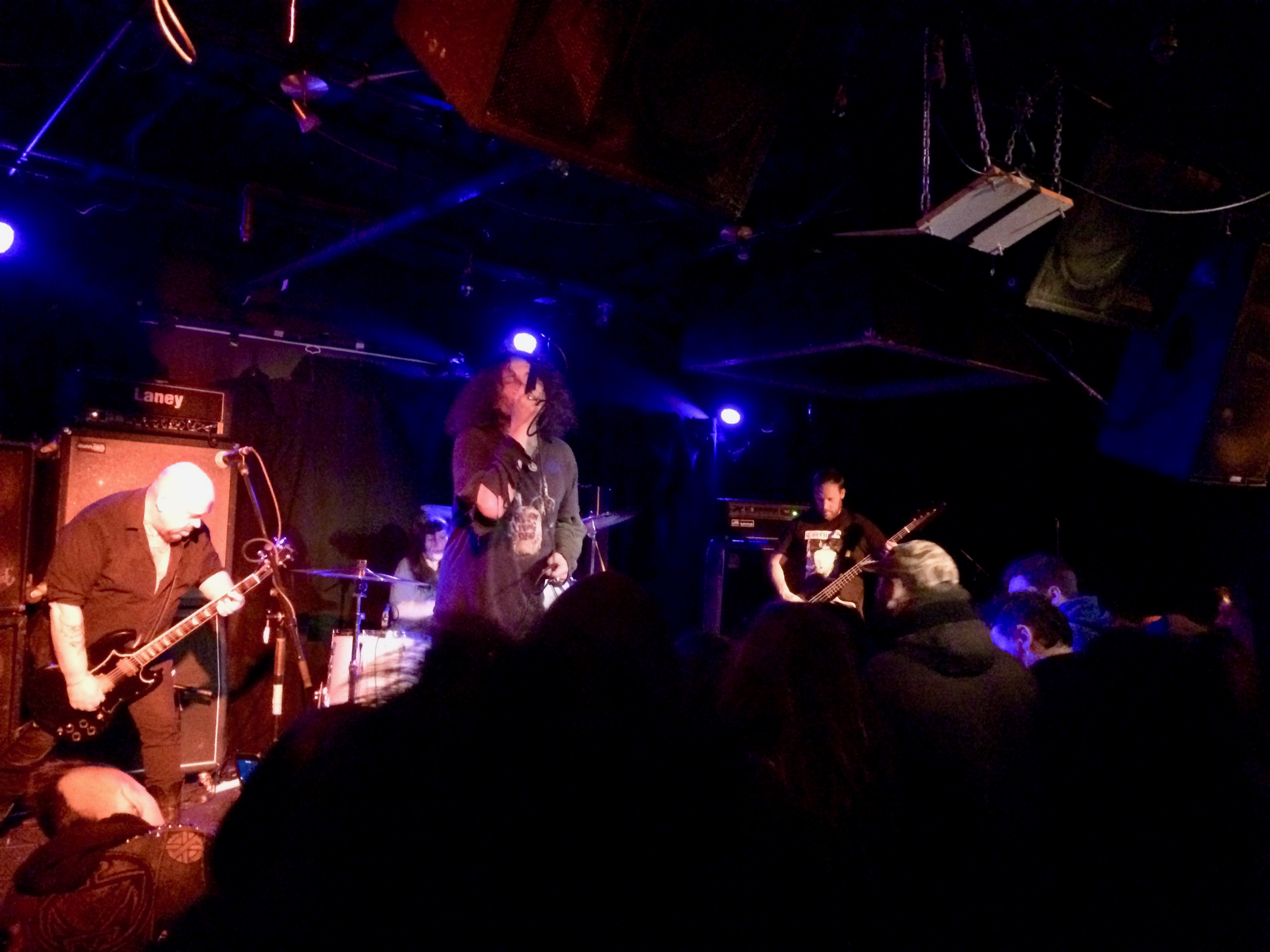 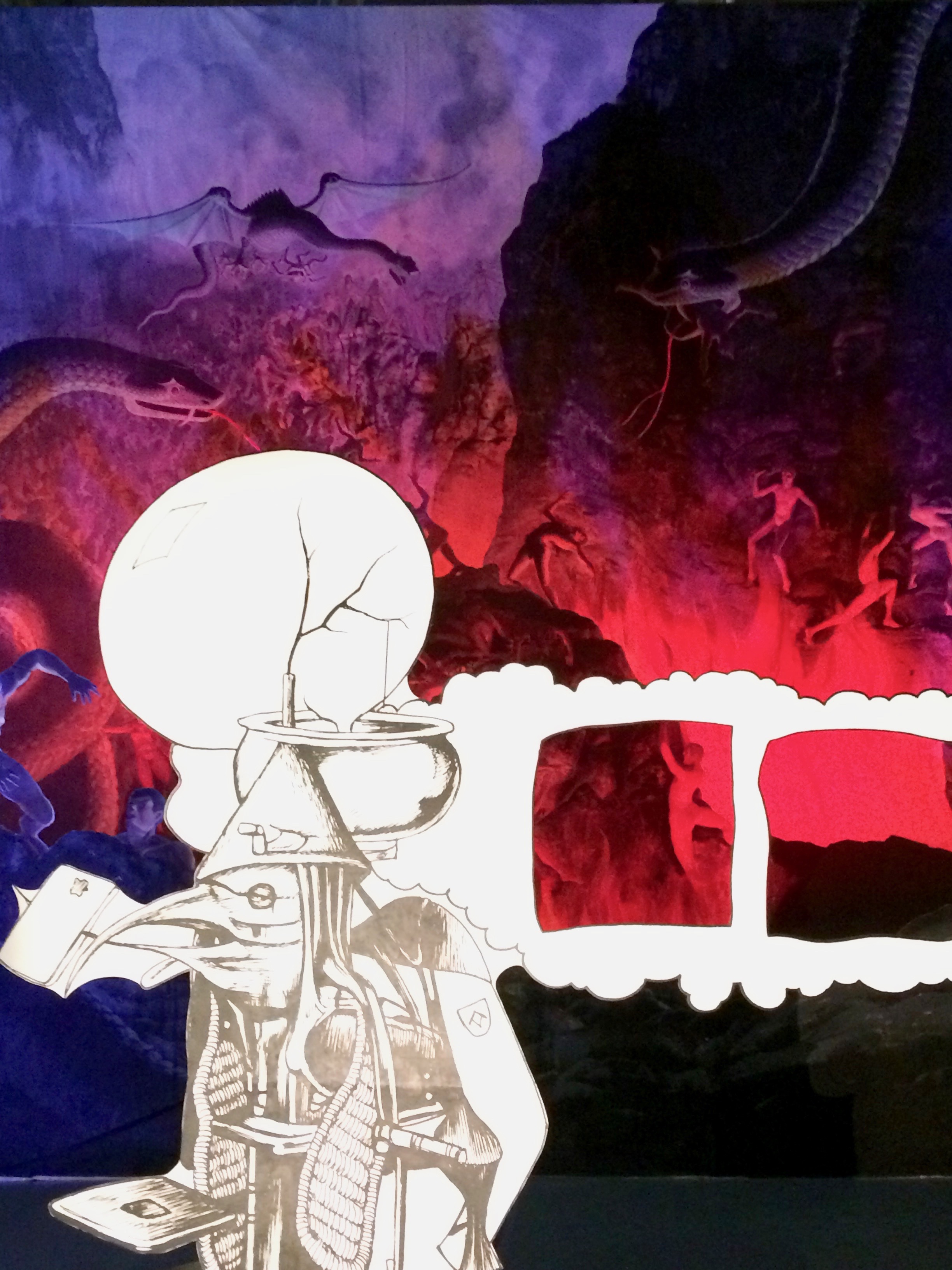 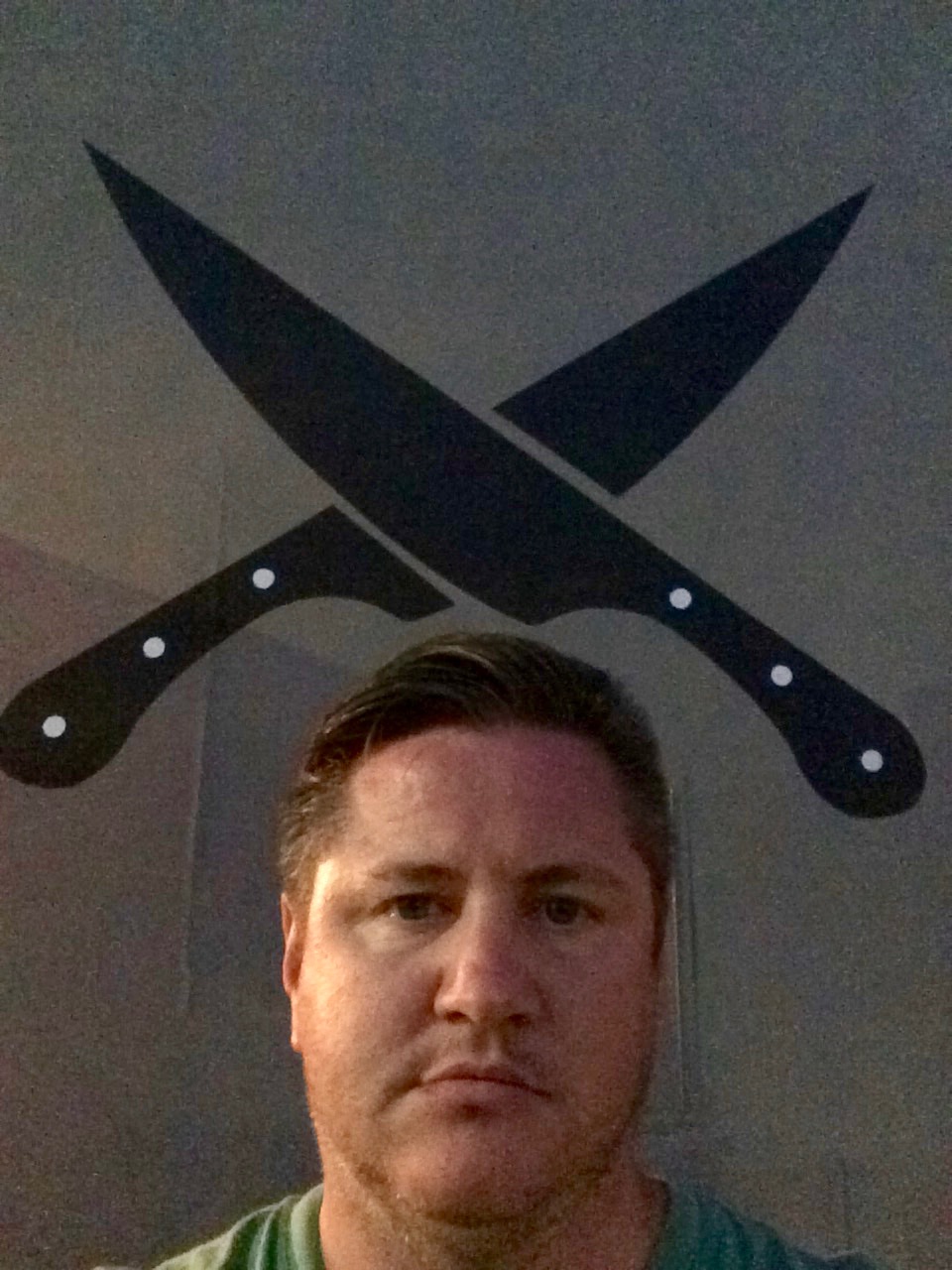 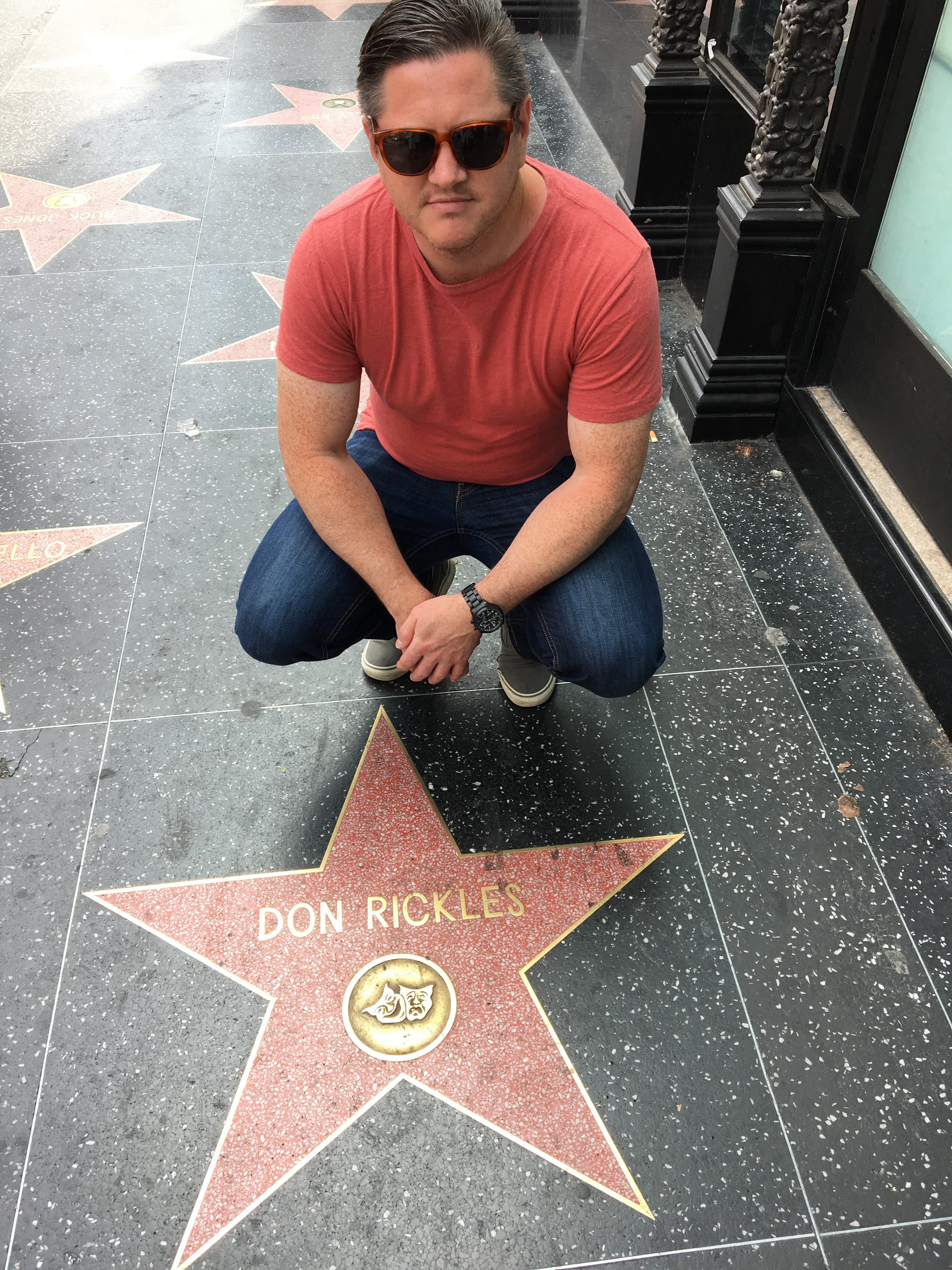 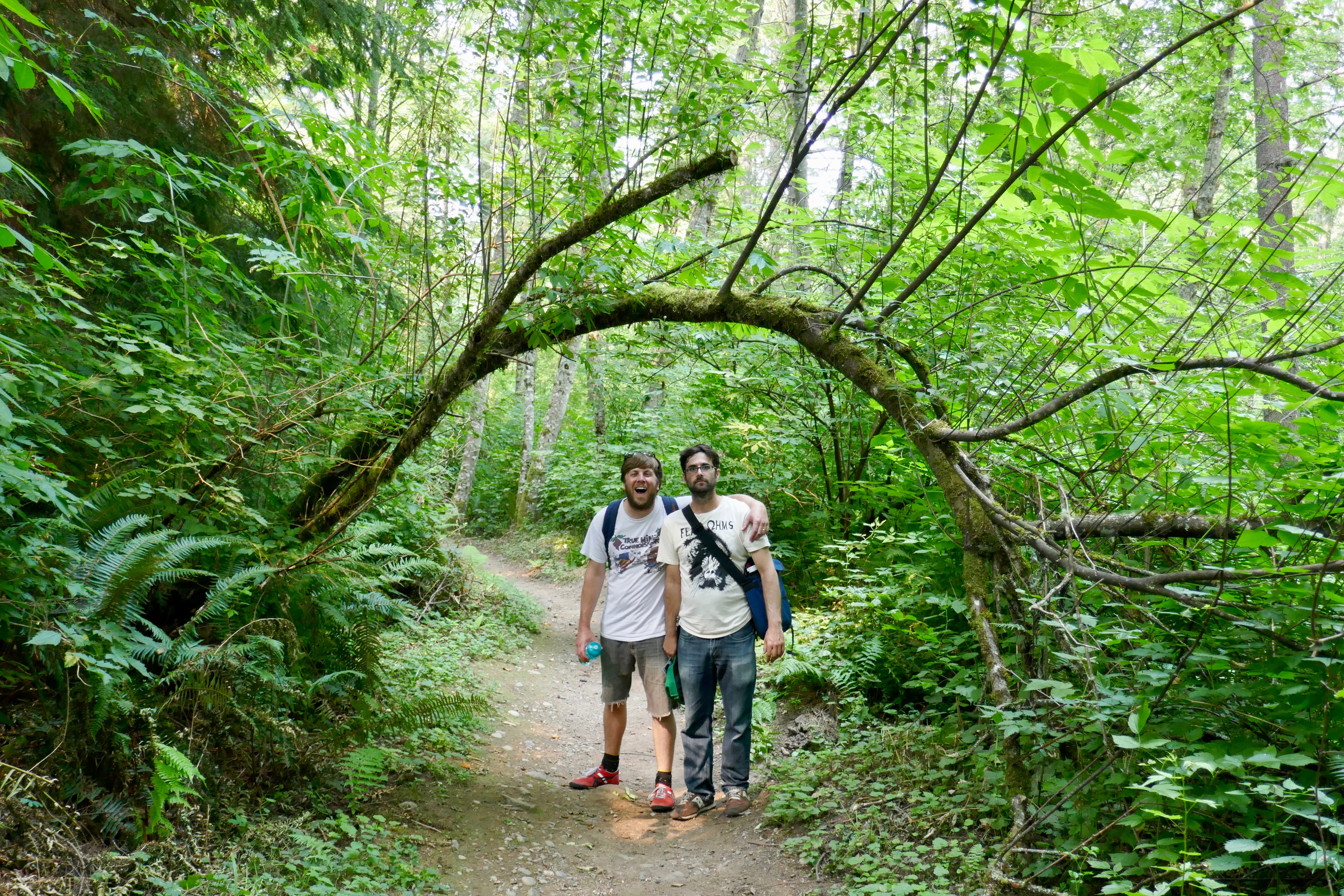 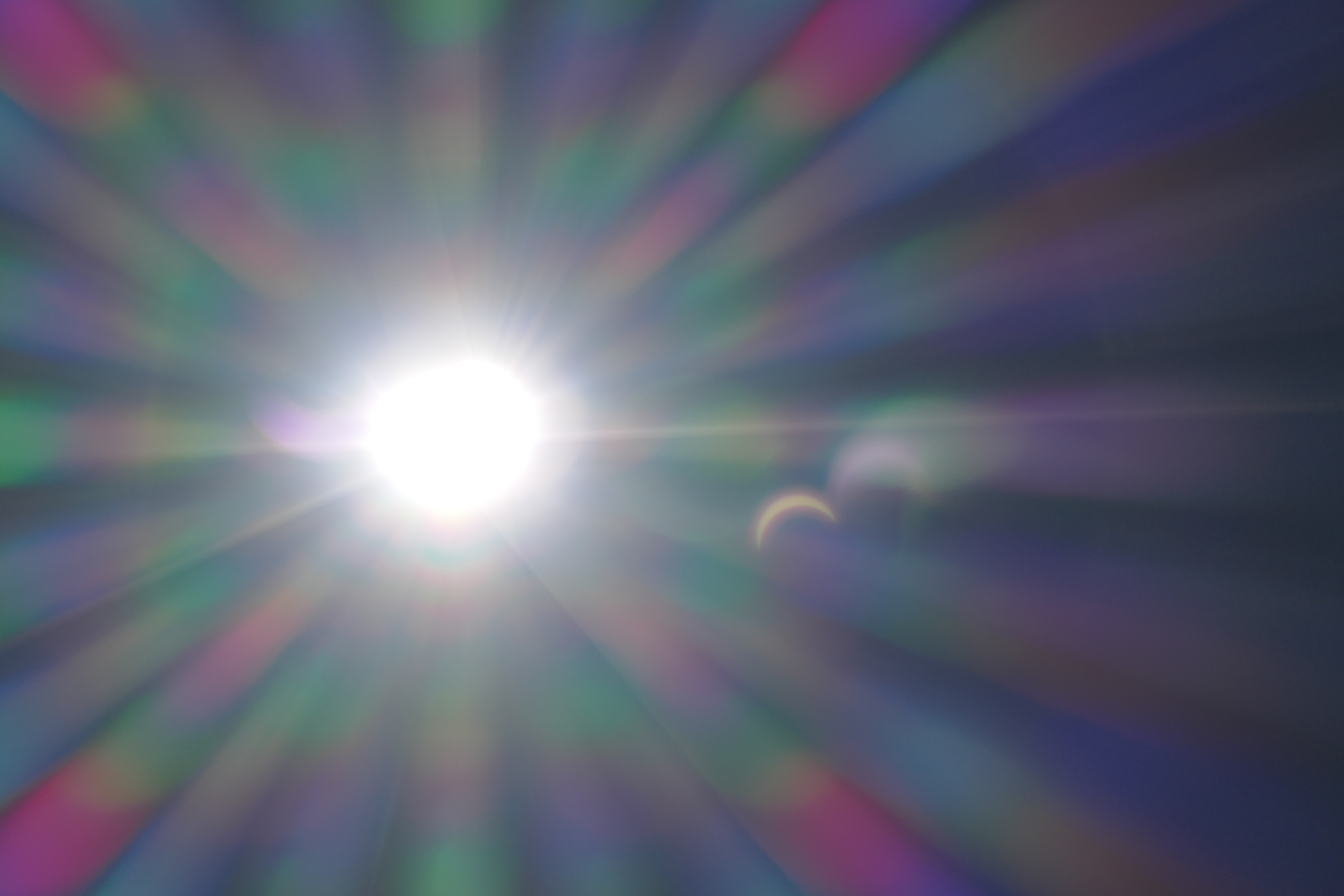 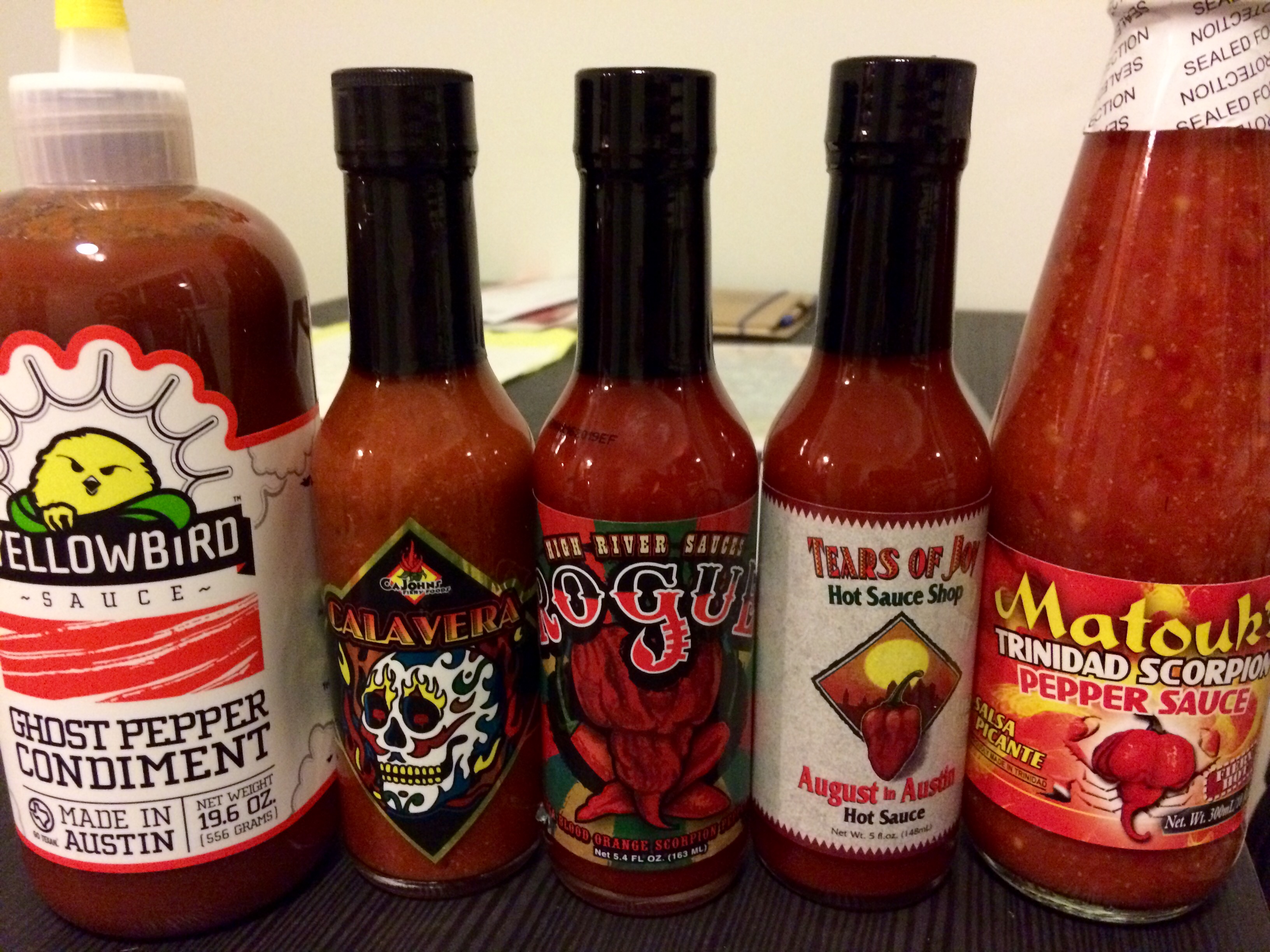 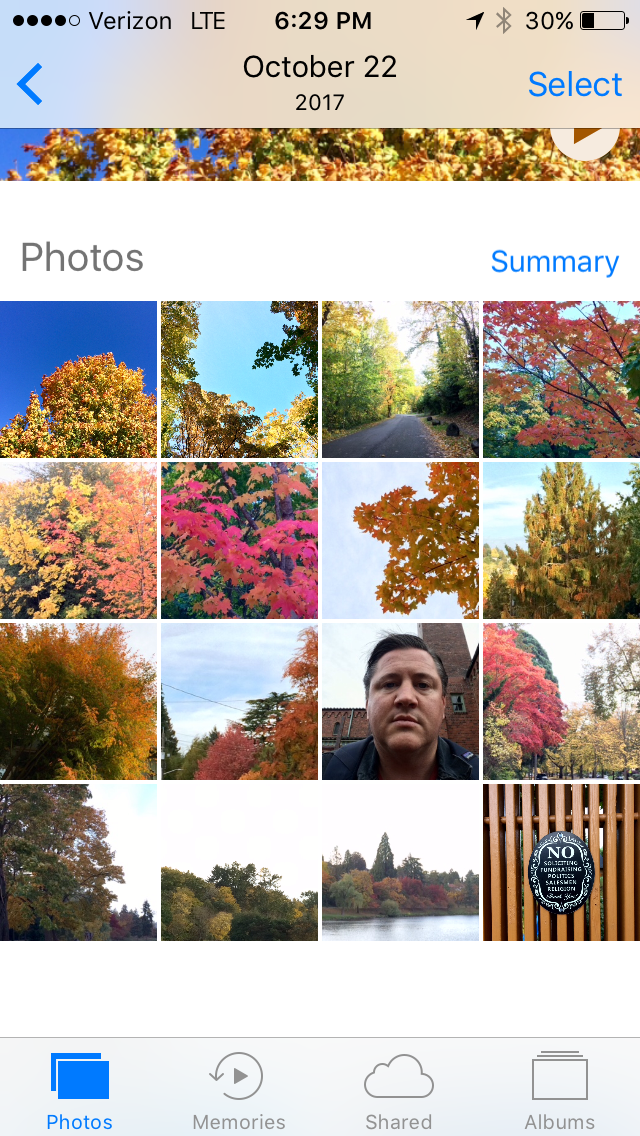 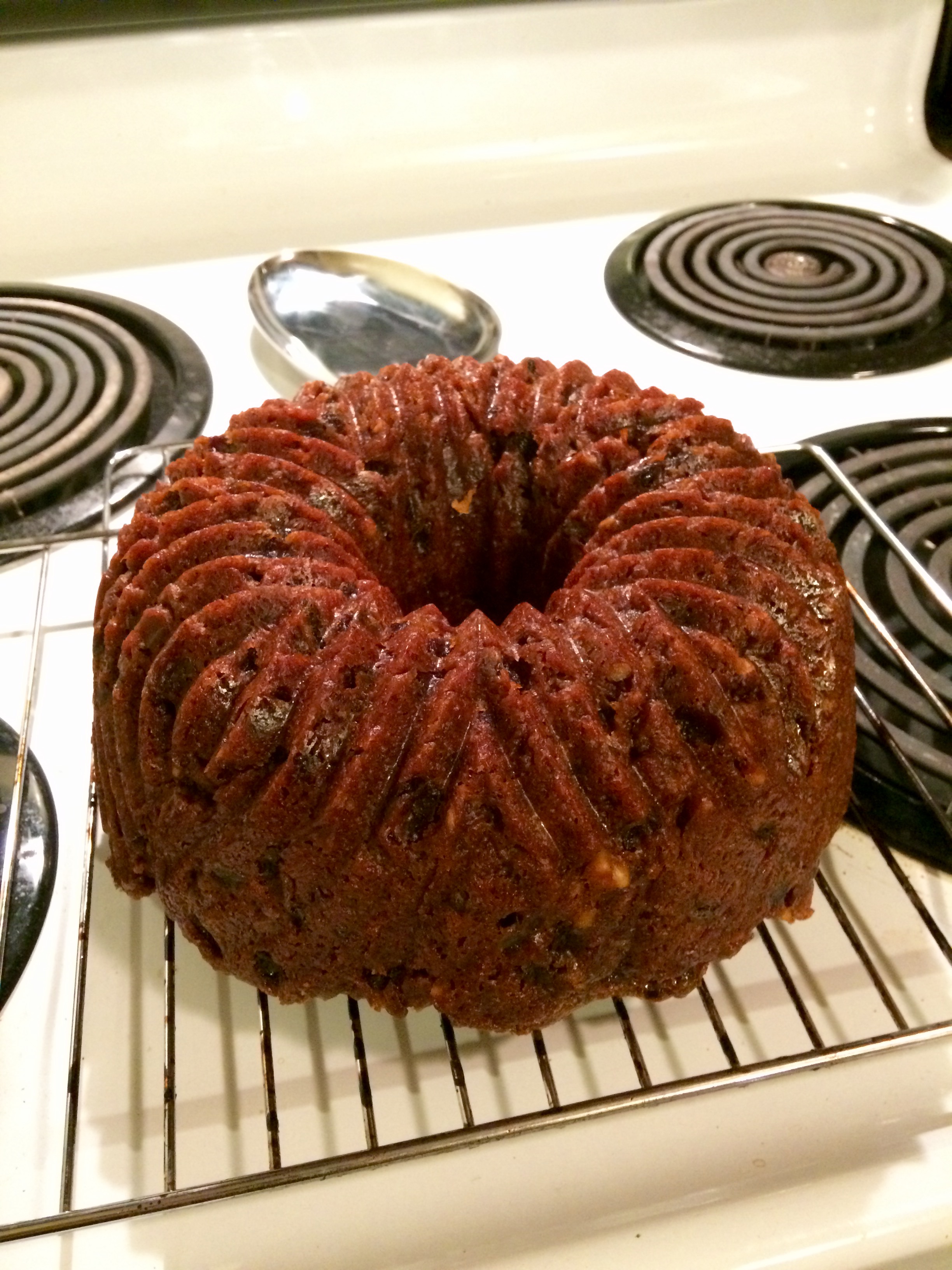 ——————————————-
12/1/17, El Corazon, Seattle: As I rounded my third year in Seattle, I’ve been playing in more regular groupings including duos and various collaborations with Lori Goldston and a number of sessions with these two gents: John Seman & Jeffrey Taylor of Hound Dog Taylor’s Hand. 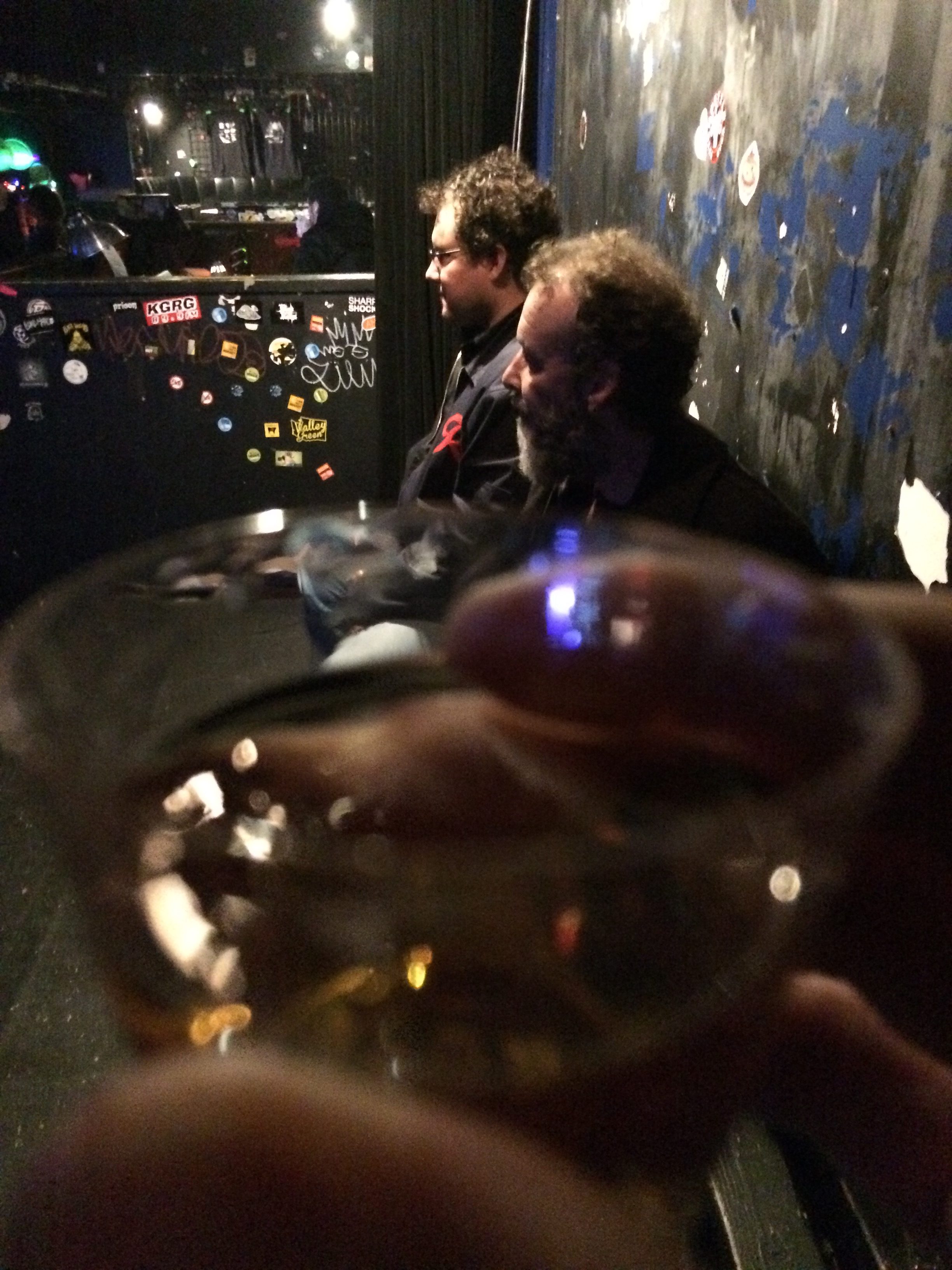 ——————————————-
12/9/17, Museum of Anthropology, Vancouver, BC, Canada: I was happy to be invited to play a solo set at the Big Joy Festival. When I asked JP, one of the festival’s organizers, what museum I should go to if I only go to one, he recommended the Museum of Anthropology without hesitation. An amazing collection of Pacific Coast First Nations arts in addition to other global cultures in a truly spectacular structure and setting. I spent a couple hours in there, but could have spent many, many more. 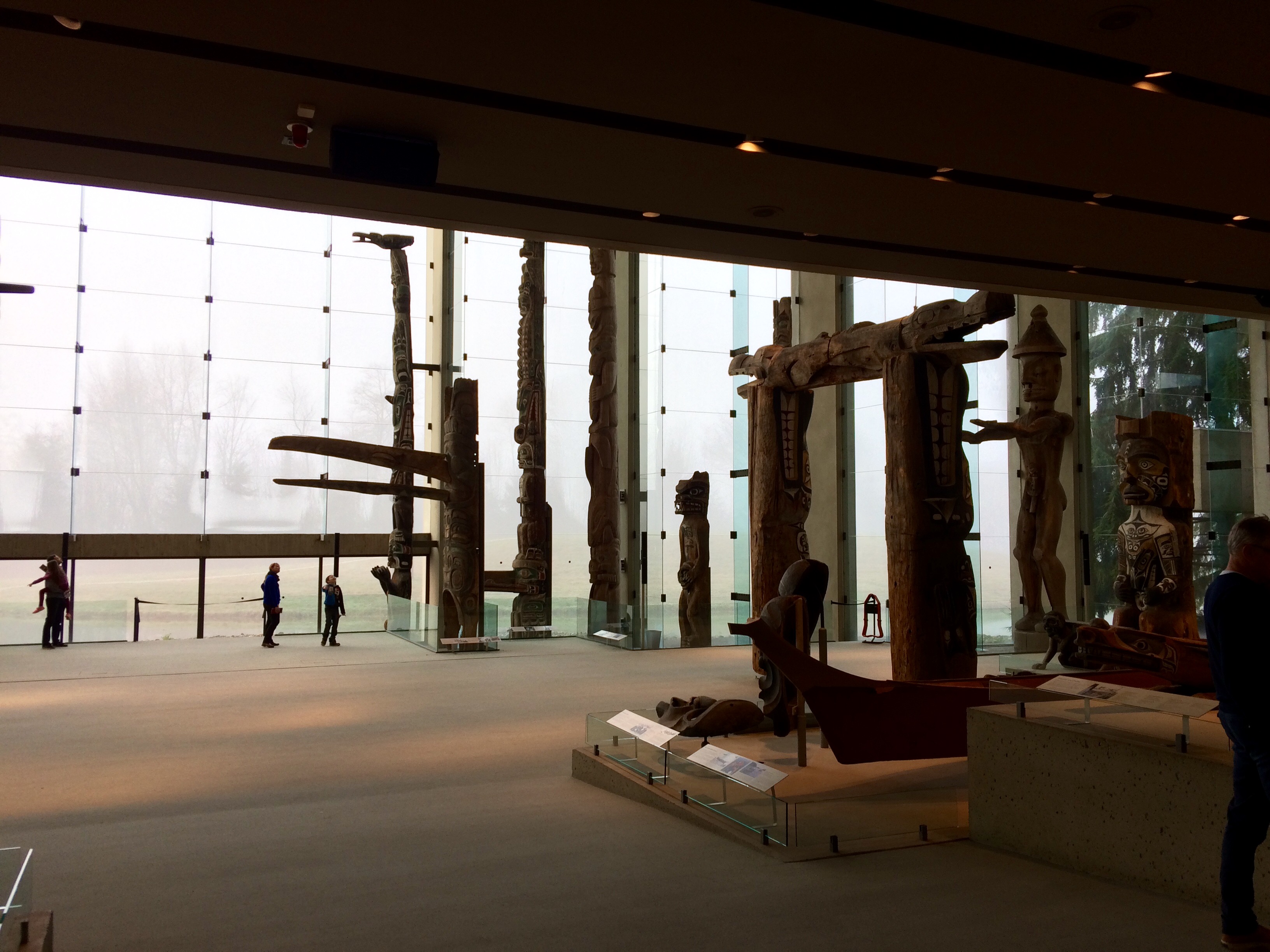 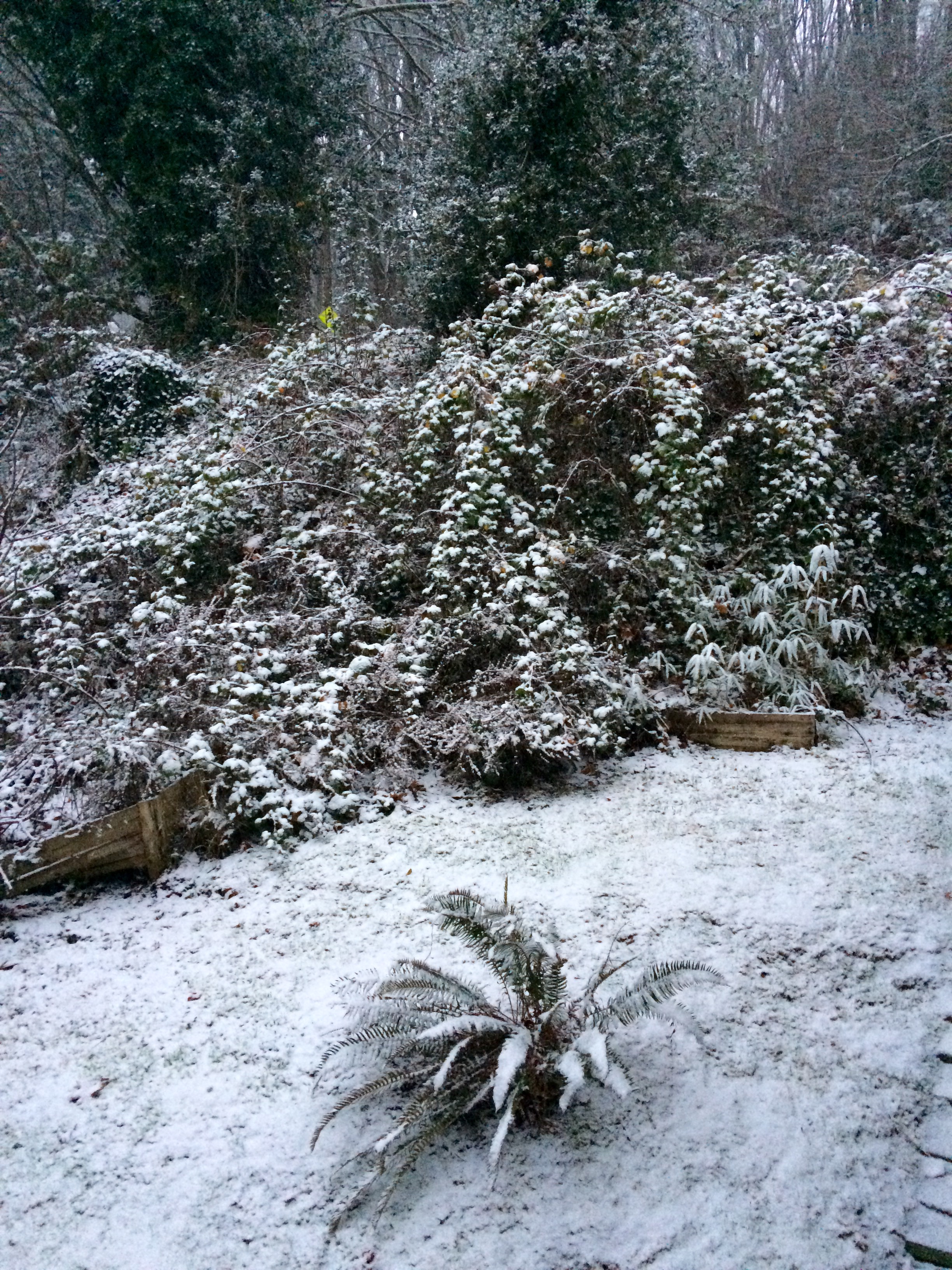 Liked it? Take a second to support Greg Kelley on Patreon!