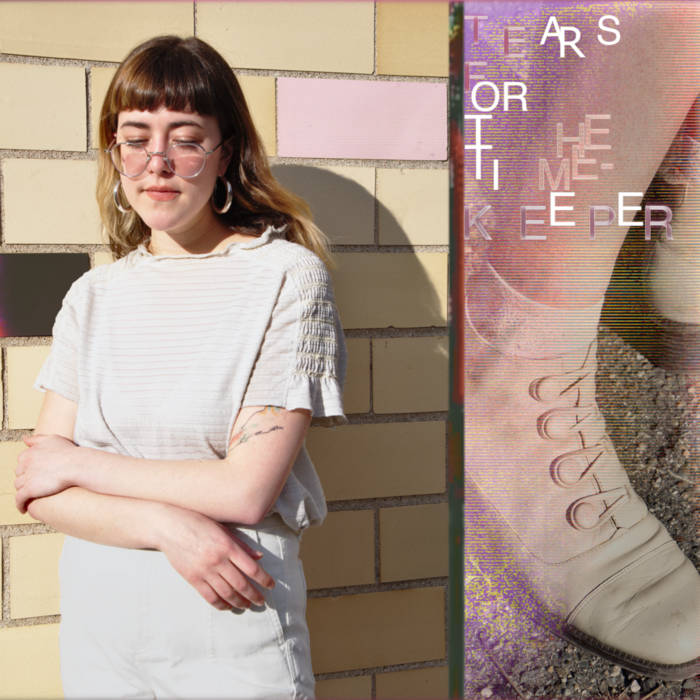 It’s a funny little trick to make the best 3 songs (imo) on your album the last 3 songs on your album.  In my mind that’s what one half of the wonderful HOUNDSTEETH does here. GRACE WARD released TEARS FOR THE TIME KEEPER in April and I’ve been listening to it ever since, its songs shimmering despite a muggy summer thus far. Melancholy folk tinged experimental pop.

Grace is a really good singer, diving low or soaring high, her vocals, and beyond that, vocal arrangements, shine throughout and across TIME KEEPER’s 8 songs. We first heard “Perpetual” on the OUTLIVE THE SUN benefit comp and it’s still great here, and is also my 4th favorite song on the record. Am I the only one feeling tremors of MOONDOG in this one? Lots of small electronic and guitar-made flourishes really add up.

My three favorites start with “Watching the Door” which kind of sounds like it’s from the early-ish 90s USA. An experimental pop nugget, a shuffling and beautifully sad song. “Trick Or Treat” rides a cool peppy bassline. Atop her bassline Grace weaves webs of otherworldly guitar all about the song. We’re getting into magical pop territory here. The back end of the song evokes an indirect martian landscape, for me tapping into and dislodging some shadow of a memory. Finally the 3 are complete with “Looking For My Way Out” which brings together even more gorgeous guitar playing with a heavy dose of noisey rhythmic electronics making this one a real trip. Like a journey. And where there is song on this one, the song is as lovely as you should expect.

Beautiful experimental pop with a heavy dose of lush, noisey &  improvised electronics. Grace appears to have moved to Providence, which makes sense. Grace, your boundlessly creative musical direction will be appreciated far more in that city then here in Boston. Which is sad. And what have I been doing when I get all sad lately? I’ve been listening to Ms. Ward’s record.