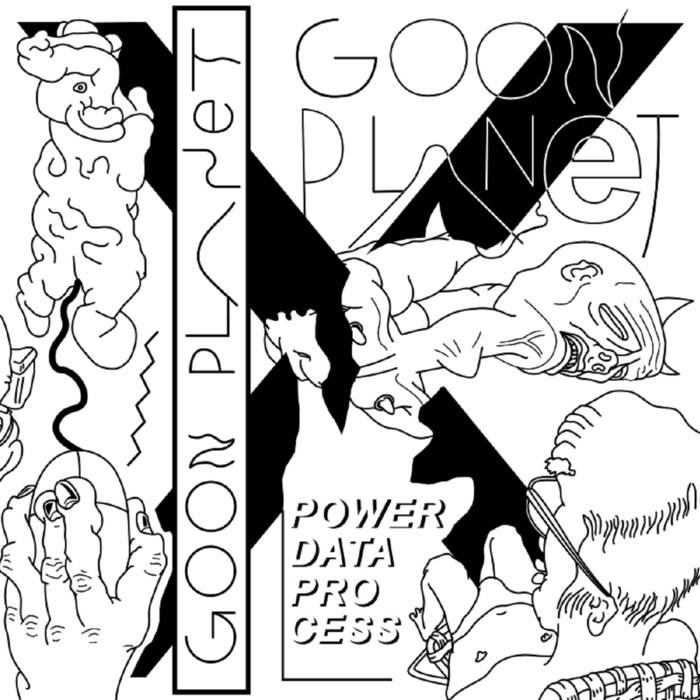 There’s something to be said for competence in noise rock. It’s the kind of off-kilter playing that just goes so well together rather than chaos for chaos’ sake. From that a strange melody will emerge, captivating the listener. Goon Planet certainly has that in spades on their album Powerdata Process.

With playing that harkens back to bands such as Drives Like Jehu and Fugazi, they sound like a modern take on that old formula. Their wild vocals and jazz-like guitar sound like one’s inner monologue during a panic attack, frenetic and bound for destruction at any moment. On $2, following the words, “I counted up all my change. I’ve got enough to get through the day” an organ begins to scream over the ever-rising guitar as if the song itself can barely contain its anxiety. The final minute of instrumentals is the nervous breakdown that was coming. Syncopated rhythms run rampant as the track draws to a close leaving one completely disoriented.

Traffic Cone hits the listener like a truck speeding through a crosswalk. The way the guitar creates a rhythm is deceptive in its simplicity. Starting with a steady on-off riff before playing off the drums much like a math rock band. The drums themselves are expertly played on this track, remaining wonderfully prominent throughout. In fact, they’re sometimes more obvious than they vocals which sync up to each beat. The track is a masterpiece of a collaborative experience that more bands need to have nowadays.

For a band with a rather limited catalog, Goon Planet has a delightfully captivating sound. It’s equal parts throwback and reinvention of a sound straight out of 1992. If you’re searching for a new band with a sound like Big Black, go check out Goon Planet right now.

Liked it? Take a second to support Michael Conlon on Patreon!