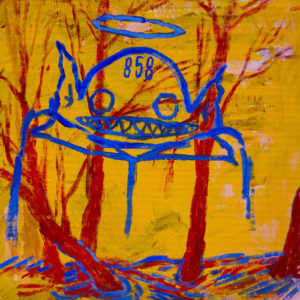 With a tinge of surfer rock, thoughtful guitar lullabies, and just the right amount of thrash, Heaven is Humming is the album alternative rock has been waiting for.

In the defiant first track of the album, “F Jam”, GOON bends us over backwards with gutsy and steady guitar rips. Soon accompanied by an airy voice, balancing vintage rock and punk, the result is a sound that reverberates morbidity in all the right ways.

They waste no time waking up the listener and placing them along the deadening conveyor belt they call home. Covered in a viscous iridescent syrup, joy holds hands with rage. Two words: grunge candy.

GOON is an LA-based band led by guitarist/ singer/ songwriter Kenny Becker. Heaven is Humming is the artist’s first entire album; largely complemented by a series of successful EP’s and smaller tracks. He brings a new layer to modern-day mindfulness through his medical condition that causes his senses of smell and sound to be temporarily deadened. He writes songs and produces art inspired by the times when he is able to regain his senses.

Progression through the album consciously dwindles between moody garden rock and an earnest folk sound. Further down the set, GOON experiments with thoughts of memory and blooming wallows through the careful use of violin and guitar entrances. Their ability to lean towards rock while also producing calming breaths of rest speaks to the artist’s impeccable range and an understanding of music that gazes in all directions.

GOON’s unique appreciation the world makes the album’s interjections of ritualistic guitar take the form of an empathetic wave – forgiving and restless by nature. 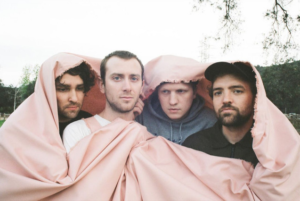