New York based, but Boston area native, Gobby has been quietly churning out well crafted, spacey, and idiosyncratic dance music for the better part of this decade, and returns better than ever with the sequel to 2014’s Beats by Gobby, Beats by Gobby TWO.

Gobby’s new project shows off not only his proficiency as a musician in its boundary leaping tendencies, but his professionalism and consistency. The album weighs in around twenty songs, all of them maintaining a similar palette of sound, but also managing to explore a little bit, and cover some new territory. For an album that was originally planned to be released back in 2015, it sounds remarkably refreshing, listening to it was a breath of fresh air for me at least.

Opening Gobby’s bandcamp page even offered a change of pace, for the first time in a while my guess of what a project would sound like wasn’t only wrong, but I was clueless, and excited to hear what would unfold. Not to detract from the sound, but I think an artists “aesthetic” really does mean a lot despite how much people seem to trash anyone who suggests otherwise. Recently, in fact, I’ve had multiple conversations with friends just talking about how disappointing it is when you google a picture of a band, and it doesn’t meet what you had in mind. I admit this shamefully, because as long as I’ve been a fan of music it’s been second nature to view acknowledging anything other than the sound of a group as an act of criminal vanity.

Again, this isn’t to say that you should like an artist or group for how they look or present themselves, but in an age where you’re constantly managing your own persona I think it should at least be acknowledged that it’s important. I doubt Gobby was self-aware of this when putting together his customized Geico gecko album cover, song titles that you can’t help but be won over by, or proclaiming 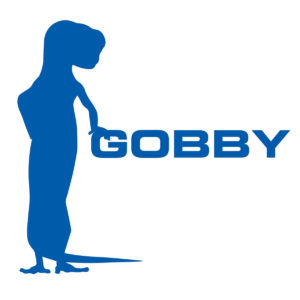 the album to be an essential listen for your Tech Deck training sesh. Otherwise, it wouldn’t be as authentic, and unique as it is. I guess the long and short of what I’m trying to say is Gobby allows a winning personality to leave fingerprints all over not only the music, but the presentation of it, instead of adhering to some backwards notion of humility.

Aside from the image presented Gobby’s actual music and sound is an even stronger extension of this idea. Listening to each song is extremely personal, and intimate, like you can feel everything that went into its creation. Yet, there’s a pretty great duality to this, at least half the album is something you’d want to share with a person, or many people, it’s just a fun time. It’s tracks are both calming, contemplative, but also dancey, upbeat, and melodic.

Instrumentally we’re presented with atmospheric, pillowy synths, contrasted occasionally by sinister keys, and the oft sample which seems to be used just right every time. The track YARD comes to mind for being sinister and having a top notch sample, of a blood curdling shriek, and haunted piano keys, comparable to a Lil Ugly Mane cut, but brighter, and less on the grimy side.

Gobby also presents large amounts of versatility, the opening track Newboz, which sounds like it could have come off of Aphex Twin’s Richard D. James album, except updated to 2019. It’s light, airy, roomy, everything you could want out of a laidback beat like this one. This is followed immediately by a trap beat in Trunks nett, yet it manages to incorporate Gobby’s signature funky sound. The fact that he is able to maintain a sonic motiff, yet ignore the confines of one genre, and manage to pull it off in a fluid, listenable fashion is enough for me to consider the album not only remarkable, but warrants throwing around words like auteur.

That being said, the mixtape isn’t perfect, but nothing is, and as someone who until recently didn’t come to appreciate electronic music, or instrumentals I can say Gobby is able to create extremely accommodating, and accessible music for newcomers without sacrificing integrity in the process. Gobby provides something with personality, and most importantly the most pleasant, and awesome beats around.