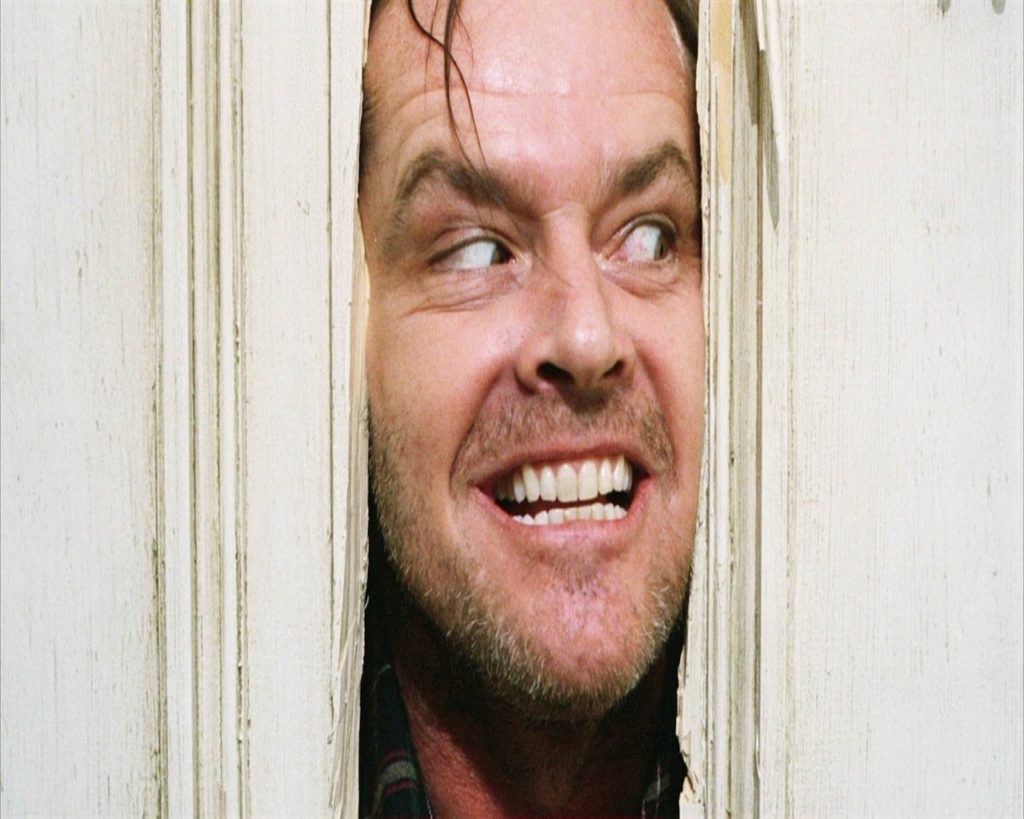 Based on the Stephen King novel by the same title, The Shining tells the story of a husband and wife, their weird kid who talks to his finger, and exactly why being isolated in a haunted hotel for months on end is not the best idea for family bonding.

Writer Jack Torrance (Jack Nicholson) takes a job overseeing the Overlook Hotel during the winter off-season. He looks at this as an opportunity to focus on his next writing venture. With wife Wendy (Shelley Duvall) and finger-talking-son Danny (Danny Lloyd) in tow, the family heads up through the winding, desolate roads of Colorado before the heavy snow season begins. I should note that, prior to starting the job, Jack is warned of a grisly set of murders that took place at the hotel with a family in the same position as the Torrances. If that ain’t foreshadowing of some kind, I don’t know what is.

To add to this, Danny talking to his finger is really more like getting messages about what’s to come. This gift is referred to as “shining”– hence the title. Danny is shown gory scenes of what has happened and what could happen at the Overlook Hotel. Suffice to say things aren’t looking great for the Torrance family right out the gate.

While things appear to be fine for the first couple of months, eventually the haunts of the Overlook Hotel make themselves known to multiple members of the Torrance family, and it is revealed that Jack has slowly been going mad, possessed by the evil within the hotel– not to mention the unfortunate fact that all this time in isolation did not serve the purpose of helping his writing process at all!

The Shining is probably one of my top horror movie picks–visually it is stunning. The scenery both in and around the hotel shows just how vast the space is, and just how alone the Torrances are. The at times booming musical score only adds to the ominous atmosphere. Horror elements are also top notch, and while over the top, I still can’t get enough of the classic “Here’s Johnny!” moment. This film has instilled a healthy sense of hotel fear in me, and I will likely never be willing to enter a room 237.