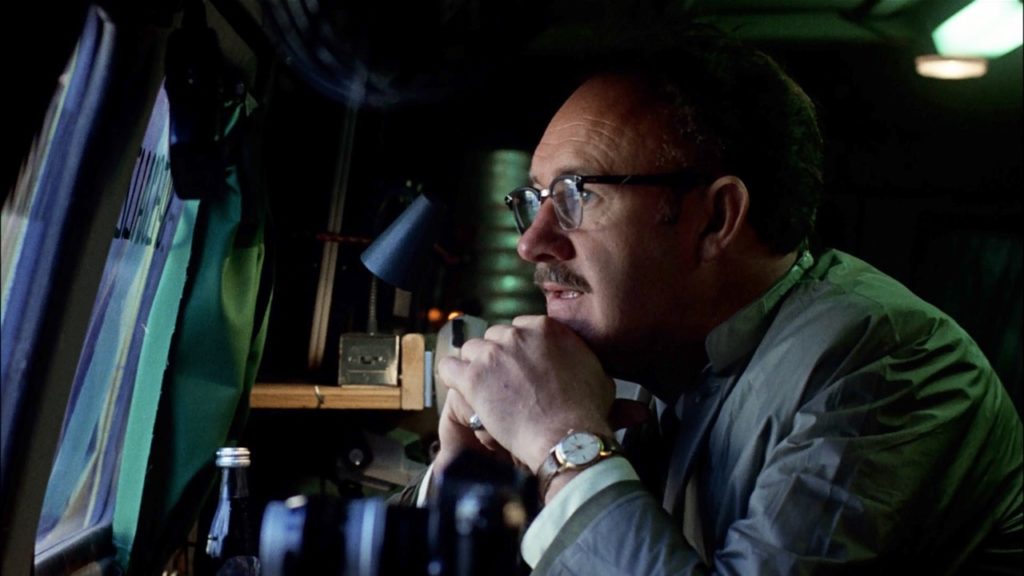 Francis Ford Coppola, it should go without saying, is one of the true titans of American cinema. His sweeping vision and larger-than-life charisma made him the de facto ringleader of the so-called “Hollywood New Wave” of the 1970s. His 1972 adaptation of Mario Puzo’s The Godfather was a high water mark for the medium, a commercial and critical smash which would seem to mark a once-in-a-lifetime cultural moment. Astonishingly, Coppola would match (and arguably surpass) it just two years later with The Godfather Part II, the rare sequel which both enhances its predecessor and stands on its own feet (both films would win Best Picture at the Oscars, a feat which has yet to be equalled). From there, Coppola would move on to his most ambitious work, the delirious war epic Apocalypse Now, a film of such scope and madness that it very nearly killed its creator and much of its cast. Coppola’s work in the ensuing four decades, of course, would never quite live up to his ‘70s output, but that scarcely matters; if Coppola had only made those three films in his career, he would still be remembered as a legend.

Only Coppola didn’t just make those three films in the ‘70s. In between the first two Godfather films, Coppola shot The Conversation, a nervy, paranoid thriller starring Gene Hackman. Perhaps because of its smaller scope, or perhaps because it was released in such close proximity to its director’s other masterpieces, The Conversation has never quite achieved the renown of Coppola’s most famous works– but it is, to my eyes, every bit as good.

Hackman plays Harry Caul, a private surveillance expert working in San Francisco. In the film’s opening scene, Harry and his partner Stan (the forever-missed John Cazale) stake out a small park, recording an illicit meeting between a young couple (played by Cindy Williams and Frederic Forrest). As always, Harry is kept in the dark as to why these people are being recorded, instead being fed only what he needs to know by unctuous company man Martin Stett (a shockingly young Harrison Ford). But the more Harry replays the couple’s seemingly innocuous conversation, the more certain he is that they’re in danger– and that, by virtue of his involvement, he may be sealing their fate. Wracked by guilt and the inherent amorality of his profession, Harry needs to decide whether to step in– and whether doing so would be worth the certain consequences. 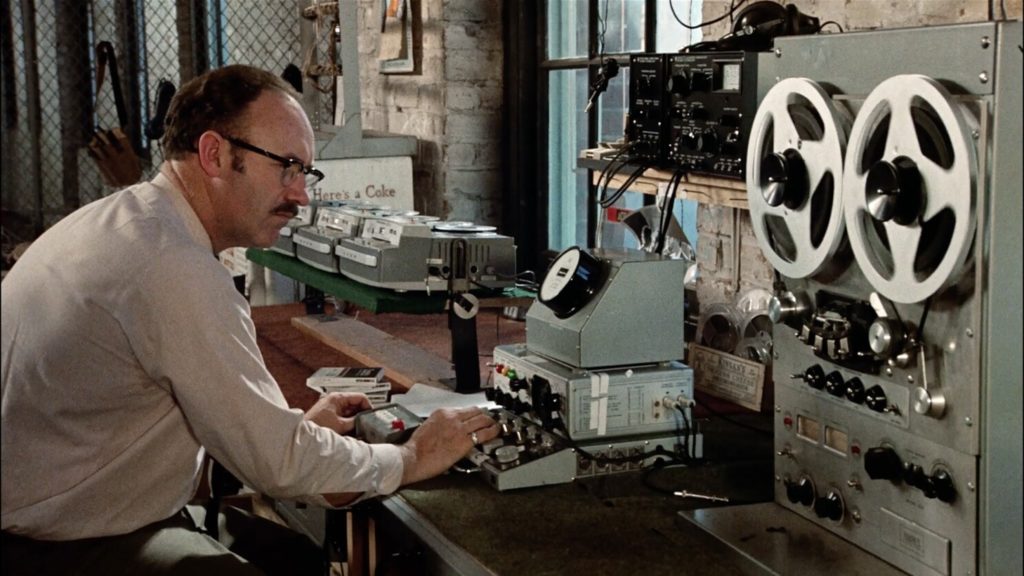 At its core, The Conversation can be seen as a Hitchcock riff (it certainly doesn’t seem like a coincidence that it shares a locale with Vertigo). Harry is something of a New Hollywood update of the Jimmy Stewart everyman detective, an endlessly clever man in danger of being undone by his own obsessions. Williams may be a mousy brunette rather than a Hitchcock Blonde, but she serves the same purpose as an avatar for the hero’s insecurities. Even Stett is a variation on the typical Peter Lorre creep role, his menace made all the more unnerving by Ford’s innate charm. In the hands of just about any filmmaker of the time (and certainly any filmmaker of today), The Conversation would likely be a conventional thriller, complete with a suitably action-packed denouement.

But Coppola’s view of Hitchcock comes filtered through the new wave filmmakers of the ‘60s (whose own esteem for the director is well documented). The Conversation sets its fractured tone in its opening scene: a distant crane shot of the park, accompanied by barely audible ambient sound. As the camera lowers in, the sound becomes more present, but still unfocused. It isn’t until we join Harry in his office, mixing down the audio, that we get a clear bead on the conversation itself. Even then, our impression is oblique, as we cycle through the same 30 seconds or so of chit-chat. What they’re talking about seems to change depending on which bits Harry chooses to focus on; this sense of slippery reality is augmented by Coppola’s use of different camera angles each go-round (both the picture and sound editing were supervised by the great Walter Murch, every bit the giant in his fields as Coppola as a director). At any given moment, the conversation is either utterly inconsequential or a matter of life and death– or, somehow, both at once.

Then there’s Harry himself, a ‘70s antihero if there ever was one. Harry Caul is defined by guilt, not just as a professional wiretapper, but as a devout Catholic (he snaps at Stan when he takes the Lord’s name in vain) and as a man (his on-again-off-again, played by a young Teri Garr, gives up on him within the first act). Harry never quite lets the audience far enough in to decide whether he’s a “good” man or not, but it is clear, at least, that he’s aware the question is worth raising, and that he doesn’t have a good answer one way or the other. Watching The Conversation today, I was reminded of a more recent protagonist: William Tell, the taciturn, ex-torturer cardshark played by Oscar Isaac in last year’s The Card Counter. That film, of course, was written and directed by Coppola’s ‘70s contemporary, Paul Schrader. That generation of filmmakers brought to the table a host of questions about honor, masculinity, and the inexorable gears of power– questions which we are clearly no closer to answering in the year 2022.

Indeed, if there is one scene which comes across as particularly striking today, it is the darkly comic sequence in which Harry strolls among the booths at a professional surveillance convention. One after another, a host of sweaty, decidedly unseemly men hawk their wares– bug microphones, wiretaps, a wall clock with a Super 8 camera hidden in the 10– designed to eavesdrop and record the most intimate of moments. These devices are clearly appalling and insidious, yet laughably quaint compared to today’s world of data farming and facial recognition. In perhaps the most memorable supporting performance in a film full of them, Allen Garfield plays Harry’s flashy rival Bernie Moran, who struggles with none of Harry’s guilt; instead, he parades his various gadgets and techniques with the ease and greasy charm of a nightclub magician. Today, Bernie Moran would probably be a multi-millionaire with a decent shot at a cabinet position.

And we’re all Harry Caul, at once uneasy and accepting of the creeping surveillance around him, distracting himself by plaintively blowing his beloved saxophone. Perhaps it’s no wonder The Conversation is less widely heralded than its director’s other work; it has all the dread of Apocalypse Now, but none of the spectacle; all of the insidious corruption of the Godfather saga, but none of the romanticism. Instead, The Conversation is a feel-weird reflection of a decade of bad vibes (Coppola insists that he was not inspired by the technological undoing of Richard Nixon, but even from this historical vantage it’s tough not to make the connection). As I mentioned in my review of Schrader’s First Reformed a few years back, it doesn’t feel great to be living through the most stressful period of American history since the 1970s, but if there’s a silver lining, it allows us to connect with some damn fine movies.