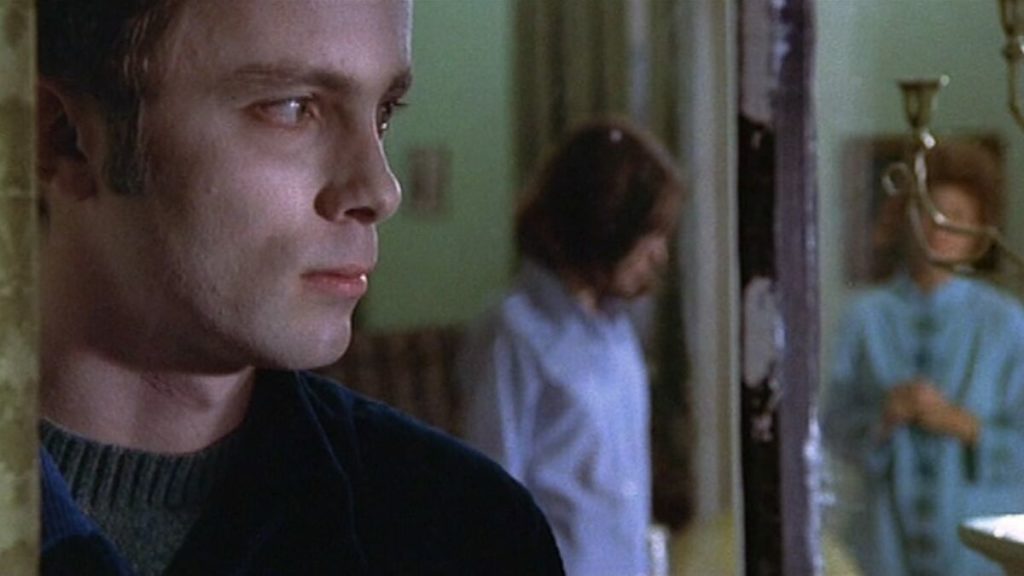 Bob Clark’s Deathdream opens in napalm and ends in agony.

Also known as Dead of Night, the 1974 horror film is an update of the Monkey’s Paw story for the Vietnam era. In the first scene, American soldier Andy Brooks (Richard Backus) is killed in action fighting in the war, his life giving way to a scene transition to his parents home where his mother prays for his return. His parents (Lynn Carlin and John Marley in a Faces cast reunion) are moments later informed of Andy’s death, but are shocked when he returns seemingly unscathed in the middle of the night.

Everything is not all right, of course. Andy is quiet and ominous — when his father says “We thought you had died,” he replies “I did.” Soon it becomes clear Andy was not just mentally broken by the war, but has instead returned as an undead ghoul, forced to kill and drink human blood to live.

Deathdream was filmed in Florida in 1972 but wouldn’t premiere until two years later, auspiciously on August 30, 1974 — just three weeks after Richard Nixon resigned the presidency in disgrace, facing impeachment following the mounting evidence of his involvement in the Watergate scandal. American troops were still stationed in Vietnam, and fighting had reignited following the 1973 ceasefire, but the U.S. was already winding down its operations in the country and the North Vietnamese army would finally take Saigon and formally end the war in the spring.

The history around the reception Vietnam veterans faced returning home from the war is muddy and rife with contradictory accounts. Contemporary polls and newspapers suggest their homecomings were generally positive, and the image of soldiers being spat on by anti-war protestors has been broadly debunked. But it’s incontrovertible that many men came back from Southeast Asia injured, traumatized, and/or addicted to drugs, and the image of a hollowed out teenager in Deathdream, clean cut in his Army regalia but lifeless behind the eyes, is a resonant image for military families in the early ’70s.

However, the depiction of Vietnam veterans as unstable killers, unleashing havoc on American society, was also being planted into the collective subconscious as early as the mid-’60s. In film, this was fueled by a burgeoning exploitation cinema that seized on loosening censorship, a massive youth audience and a turbulent political environment that seeded a market for dark and violent films. 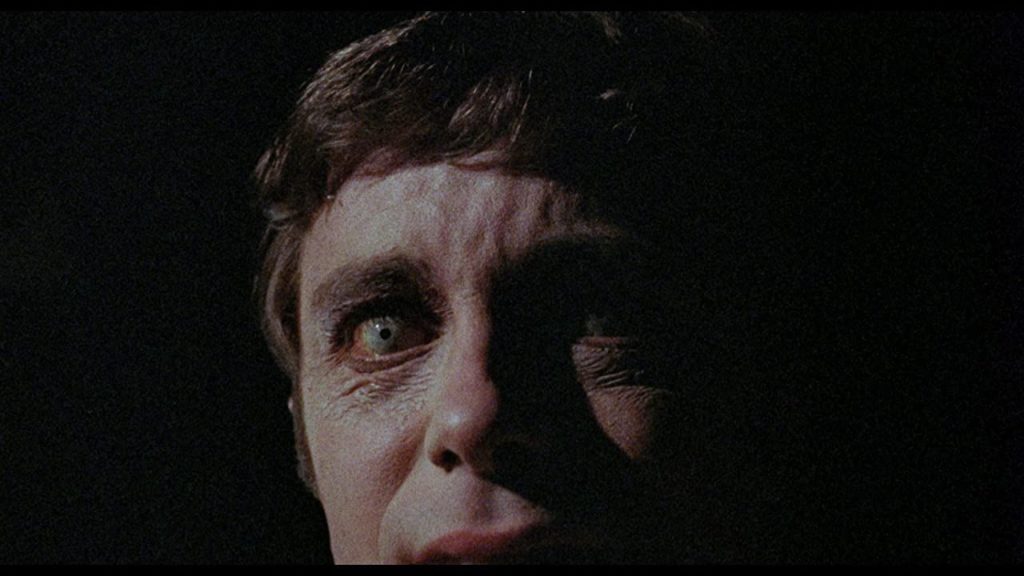 Russ Meyer’s Motorpsycho (1965) is one of the earliest examples of a Vietnam veteran in film; a cheap entry in the outlaw biker genre, Motorpsycho tells the story of a disturbed veteran who comes home from combat only to lead a bike gang and unleash a torrent of violent crime on unsuspecting communities. A few years later, Roger Corman produced Targets (1968), which took influence from the 1966 University of Texas tower shooting to tell a story of a clean cut, whitebread ‘Nam sniper who inexplicably begins a killing spree culminating at a drive-in theater (drawing a postmodern contrast between the quaint horror films of the old generation with real life horror sweeping America). The most crass entry in the psychotic veteran wave, however, was Forced Entry (1973), a mainstream porno starring Harry Reems as a serial killer vet whose rampant sexual assaults are intercut with newsreel footage of the actual war.

But even higher class dramas helped establish the archetype of the killer veteran. Elia Kazan’s The Visitors (1972) was inspired by the real war crimes committed by U.S. troops and tells a fictional story of a vet visited by two former Army buddies seeking revenge for his role in getting them court marshalled. And, of course, there’s Martin Scorsese’s Taxi Driver (1976), which needs no recap. Meanwhile, sympathetic dramas wouldn’t come until a little later, with Heroes (1977) and Coming Home (1978).

In the middle of all this was Deathdream, an under-the-radar horror film that nevertheless threads the needle between sympathy and violence. Its emotional impact is felt from the first five minutes, as the Brooks family receives the news of their son’s death and the reality of the moment and its tragedy overtakes any vampiric fantasies. Motorpsycho, Targets and Forced Entry may have, at least in part, looked at how young men were transformed into murderers by Vietnam, but they do little to understand them. Instead they’ve become an other, a symbol of rising crime rates and creeping nihilism that suggests death is always around the corner whether you’re in a city, on rural country roads or at home in nice, quaint suburbia. But Deathdream gives us a killer to feel for and asks us to question the destruction of the human soul war entails.

The film screens tonight at Cinema Salem at 7 p.m. and will include a Q&A with Richard Backus. Its haunting ghost story, gripping from the first seconds through to its finale, are sure to make it a stunning big screen experience.