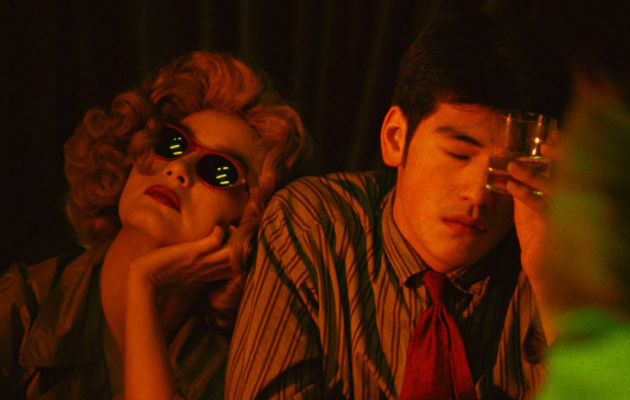 Two police officers in separate stories fall in love with different women. In the first, detective 223 (Takeshi Kaneshiro), probably because of his incessant behavior, can’t seem to favor a return phone call from his ex-girlfriend. He resolves to buy individual cans of pineapples that expire on his birthday, May 1st, for 30 days. Logically, if she doesn’t return his calls by then, their love can be properly deemed expired. As he waits, he ends up falling for a woman in a blond wig (Brigitte Lin) with some drug dealer problems to work out.

The second story centers on the efforts of Faye (Faye Wong), a worker at the titular snack bar, to catch the eye of 663 (Tony Leung Chiu-Wai). His old partner, a flight attendant, knows he’s a regular at the Chungking Express and brings a note accompanied with her key to his apartment. Faye sees this as an opportunity to redecorate his messy apartment. Sneaking in when he’s at work and when she should be working, she buys pillows, changes his sheets, cleans the sink, accidentally kills some of his fish, floods his apartment, and more. 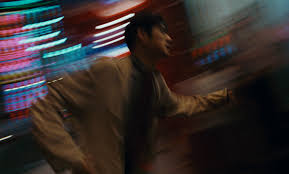 Wong’s known for his visuals, and rightly so. They are one of the most unique experiences in modern cinema. Often partnered with cinematographer Christopher Doyle, Wong’s style uses color and the human body to synthesize into a pure kinetic display. He cares so much about the movement of bodies, often beautiful ones that dance, have fun, and end up wet. Even without subtitles, because of the kineticism, one would never be completely lost at the hands of these two filmmakers. One film scholar describes his signature manipulation of film rate or “step-printing”  where the rate is essentially doubled to imitate slow-motion: “[the style] liquefies hard blocks of primary color into iridescent streaks of light.” It puts the bodies in and out of focus as they drown and resurface from the oversaturated colors created by step-printing. The same scholar summarizes, “Wong Kar-wai must be considered one of cinema’s truly cinematic auteurs.”

Viewers must be careful. This bold style can overpower the story, making each individual image more powerful than any collection of them. Combined with English-language pop music and incredibly attractive actors, it can become too easy to lose sight of the political—the site of the greatest power of cinema—in Chungking Express.

Released three years before the handover of Hong Kong from Britain to China, the expiration date of pineapple cans has been well noted. But the plot is thoroughly political and uses the style to question the nature of how we view movies.

Social and political concerns stand at every corner. The two central men are police officers, for example, and Faye sneaks into and redecorates 663’s apartment without his consent as if it’s her own property. At one point, an English-speaking man forces himself onto a lower-class Hong Kong woman, whom he forces into American attire. The main women in both stories share a deep impulsion to but ultimately plastic relationship with the English-speaking West: the woman in the wig dresses like an American and deals drugs, Faye adores Western pop music, and both speak a few lines in English. Even the dates are political: the turning point day of the first story, May 1st, also happens to be International Labor Day, the most internationally politically charged holiday. To neglect the sum of the film’s political content would be to watch a different film.

It’s not an allegory or a metaphor for the handover in the same way his 1997 film Happy Together might be, but it is political and this makes a difference. 223’s harmful obsessions are easier to see than Faye’s small-scale colonization of the home. In one of her home-remodeling scenes, with incandescent cinematography and a beautiful non-diegetic pop song by the actress Faye Wong (who doubles as one of China’s biggest pop stars), Faye slips pills into one of 223’s drinks. The aesthetics hide her heinous act and the music quickly brush it away.

The match between Wong’s style and political screenplay colors the love interests distastefully. The romances between 223 and the woman in the blonde wig, and 663 and Faye are supposed to make us feel the blind, primal urge of romance and love. The blending of colors in two shots of the couples tangles their bodies together in a way not even sex can replicate. But viewers fall for their romances through the auteur’s visuals, encouraging us to view their sorry romances through the mood affected by the images and to neglect the content of their romances. We don’t buy into their shared moments, but only the façade of their emotions created through the manipulation of film. In other words, the romance has no romance. 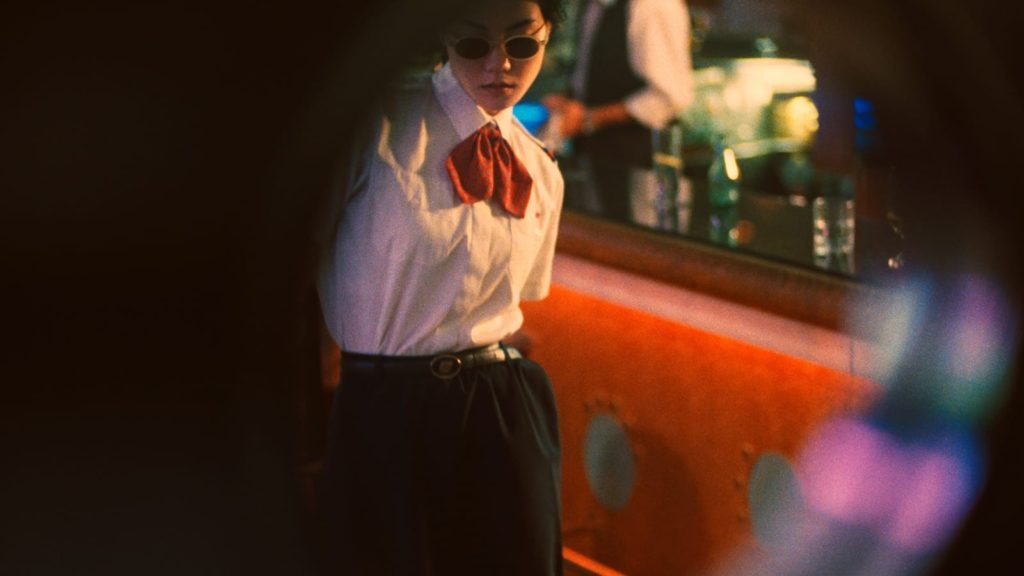 The long-time and renowned critic Roger Ebert, I think, must have watched a different film: “You enjoy it because of what you know about film, not because of what it knows about life.” But by neglecting the content for the film’s form, and how Wong masterfully masks the latter with the former, I think Ebert misinterprets the great movie. It’s absolutely dependent on what we know about life. Most importantly, it’s about how we desire and live together with others in intimate communions, and that sometimes abusive partnerships don’t just appear lovely to those outside the partnership, but also to those within it. To put it plainly, things that look nice can manipulate and distort how we experience others.

This aesthetic turn mirrors the relationships of the colonized to the colonizer. The colonized-colonizer relationship involves more than sheer violence. The colonized become dependent on the colonizers, sometimes receive tangible benefits, and even have mixed feelings about obtaining freedom. These sorts of philosophical questions weighed heavily on Hong Kong in the mid-1990s as they shifted from one colonizer to another. Only after these benefits are metaphorically ripped off does the power dynamics become visible again. In the same vein, only after we recognize there is content behind Wong’s form can we truly recognize how disgusting these relationships truly are.