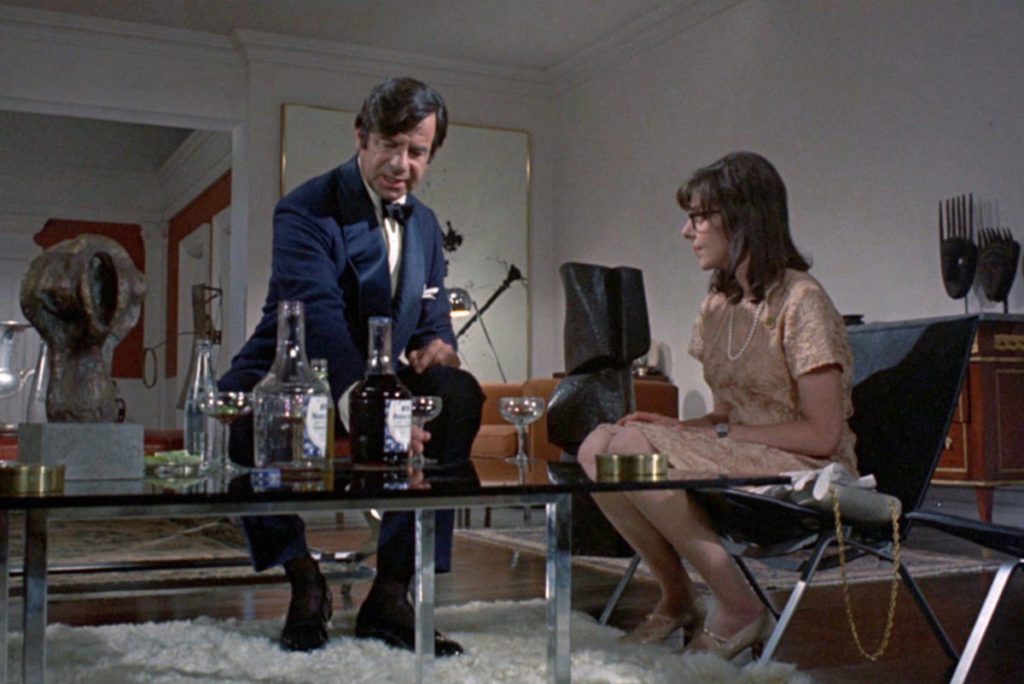 “Henry and Henrietta, the love couple of the seventies and the laugh riot of the year!” As the poster’s tagline suggests, Elaine May’s perfect comedy A New Leaf is about two people who don’t know they’re in love– or, at the very least, Henry and Henrietta are trying to form a relationship for the first time in a long time. Money is at the heart of the relationship; Henry lost all of his, and tried to marry into it with Henrietta’s inheritance. So much of the comedy stems from Henrietta’s obliviousness and Henry’s patience, and from May’s timeless script. A New Leaf, like all of May’s movies, will always be funny. Nothing dates it or feels slow; the film feels pulled straight out of one of May’s routines with Mike Nichols during their improv days. The film contains jokes that have always landed with me, which is fascinating for a 51-year-old comedy.

Seriously, the movie does feel like it came out yesterday. It’s so fresh, yet nobody has made anything quite like it. May clearly has inspired many in comedy today, yet no one has matched her comedic sensibility exactly. A New Leaf, like every movie of hers that followed, is just as funny as it is stressful. Henry Graham (Walter Matthau), a spoiled and self-absorbed man who wasted his inheritance, is anxious for a way to maintain his extravagant lifestyle. Henry sees an opportunity when he meets Henrietta Lowell (Elaine May), a nasty and literal heir. Despite Henry’s courtesy for Henrietta, he doesn’t intend to be with her and devises a surprisingly ominous plan. When Henry tries to carry out his plan, he realizes that it may not be as easy as he thought.

Her films feel like they’re made by a comedian who has a keen, observational eye for adults’ sad awkwardness. Henry doesn’t become a better person, just settles for a life with Henrietta without many other options to kill her. Even after affectionate gestures towards him, like naming a house plant after him, Henrietta doesn’t gain confidence or feel the need to one-up Henry. May made a movie so tender that it remains romantic even with the threat of absurd violence impending from Henry.

The movie’s humor is helped by Matthau, who had this movie built around him to lead. It’s fantastic to see him completely unaware he is in a comedy. A cut to Matthau’s reactions is the perfect punchline, and his deadpan line deliveries are pitch perfect. He made a career of playing the reliable straight man in any genre and proving consistently he can make any great movie greater. Nobody in movies has looked like Walter Matthau before or since, and he gives an all-time great comedic performance.

A New Leaf is notorious for May’s unreleased, multi-faceted, three-hour cut. Many critics found this a curious case at the time of its release, and Paramount wanted nothing more than a comedy from the other half from Nichols and May. Editor Fredric Steinkamp even commented that her initial cut covered everything from Henry killing multiple characters to Henrietta’s sexism in the workplace. Though this isn’t Margaret or Tree of Life, you can absolutely tell there is more story to be told, to which adds to something of an opera. I just hope we can someday watch all three hours like Elaine May intended us to; as it is, the film’s release stands as a sad indication of the misogyny she would face while making her next three features.

Liked it? Take a second to support Jack Draper on Patreon!