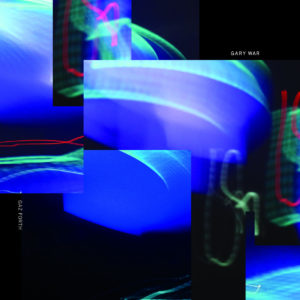 Gary War released his anticipated album Gaz Forth February 9th off Feeding Tube records, his first full length EP in over five years. After his time in Ariel Pink, extensive touring, a multeity of collaborations & a jaunt in New Zealand, War is back in Massachusetts working with the finest & most eclectic musicians in the Boston scene.

Greg Dalton, operating under the stage name ‘Gary War’ opens in support of John Maus at the Sinclair February 12th. I find supplemental contradiction to the constructs of their music in 2018. The outlook of these musicians serves as a conduit to interpreting sound in numerous, complex ways as our cultural narrative becomes increasingly subjective. They are in this sense anti-theses to the other inherent in the method of their popular music parody. John Maus destroys music & the performance aspect to grant modern mortality a new secret handshake. Gary War’s stance on Gaz Forth is eerie & cryptic, yet he employs nostalgia as a tool of beauty & as an entry point to a meta-groovy & hyper cynical new point in time.

In this album & through his career, War builds sonic rooms using the means of throwback 60’s psychedelia that is grandly cut with futurist elements. Stellar, unexpected movements are draped with fuzzed out vocals between male & female space travelers; this album moves as a space journey not too far off from the double edged, politically motivated Romantic poetry of the likes of Keats, Byron & Shelley. As Paul Rowe, expansively elaborates on David Bowie’s relationship to romanticism here in pop matters,  ‘Romanticism lives on in the modern era as an emotional, reflective, and reactive criticism of modernity.’ Finding many romantic elements & much artistic motivation through the career of David Bowie (most precisely in his Berlin Trilogy), Rowe highlights the complex, long lasting artistic stance of the Romantics. From their tarnished reputation as idealists in meter, to their political salience, they represent an outlook endemically human.

I find in War’s overt use of space sounds & conceptual musical journey, a breathtaking musicality too precise to not be reminiscent of David Bowie. On the whole not particularly Romantic, yet as I mentioned before, nostalgic. And what draws this album to a surreally symmetrical closure is that the music just ends, as if to catapult you into the drabness of sentience with concepts of war & planetary death on the horizon. As with Romantic poetry or painting before, this album emboldens the questions of emotional awakenings at points of social and individual transition.

Further, as Rowe points out, ‘Low … evoke the discontent felt by … transcendent aspirations typified by Shelley while dredging up authentic emotion recollected in tranquility for the first time in Bowie’s career…’ Gaz Forth highlights art & music as a practice or process in meditation between transitions, be them intergalactic or not.

Gary War tacitly breaks down the romantic model, picking up & utilizing numerous artistic and musical elements to, at once reclaim & parody a 60 & 70’s sounding psychedelia. War amplifies the approach found on his first recording, New Raytheononport, making his 08′ release seem like a notebook sketch turned into an elaborately painted psychedelic mansion here on Gaz Forth. With this release, we further and further understand the sentiment of John Maus posting on twitter back in 2011: ‘GARY WAR IS THE FUTURE’. Chris Hughes is a Music Editor & Writer for The Boston Hassle.