I don’t think it’s possible to hear the words Full Metal Jacket and to not immediately associate them with the image of R. Lee Ermey’s Sergeant Hartman screaming to a young (yet still very weird) Vincent D’Onofrio.

The sheer horror of the brutal emasculation of D’Onofrio’s “Gomer Pyle” is a scene which remains a visual staple even for those who have not experienced Kubrick’s 1987 film. There are countless uploads of the scene plastered across the Internet and near-hundreds of references thrown about each summer by that uncle who just loves to ‘razz on you.

Yet, for what it’s worth, this is a scene – and story – which inhabits only a fraction of Full Metal Jacket’s two-part narrative and, while having a humorous effect, is actually meant to be more nightmarish than parodic. 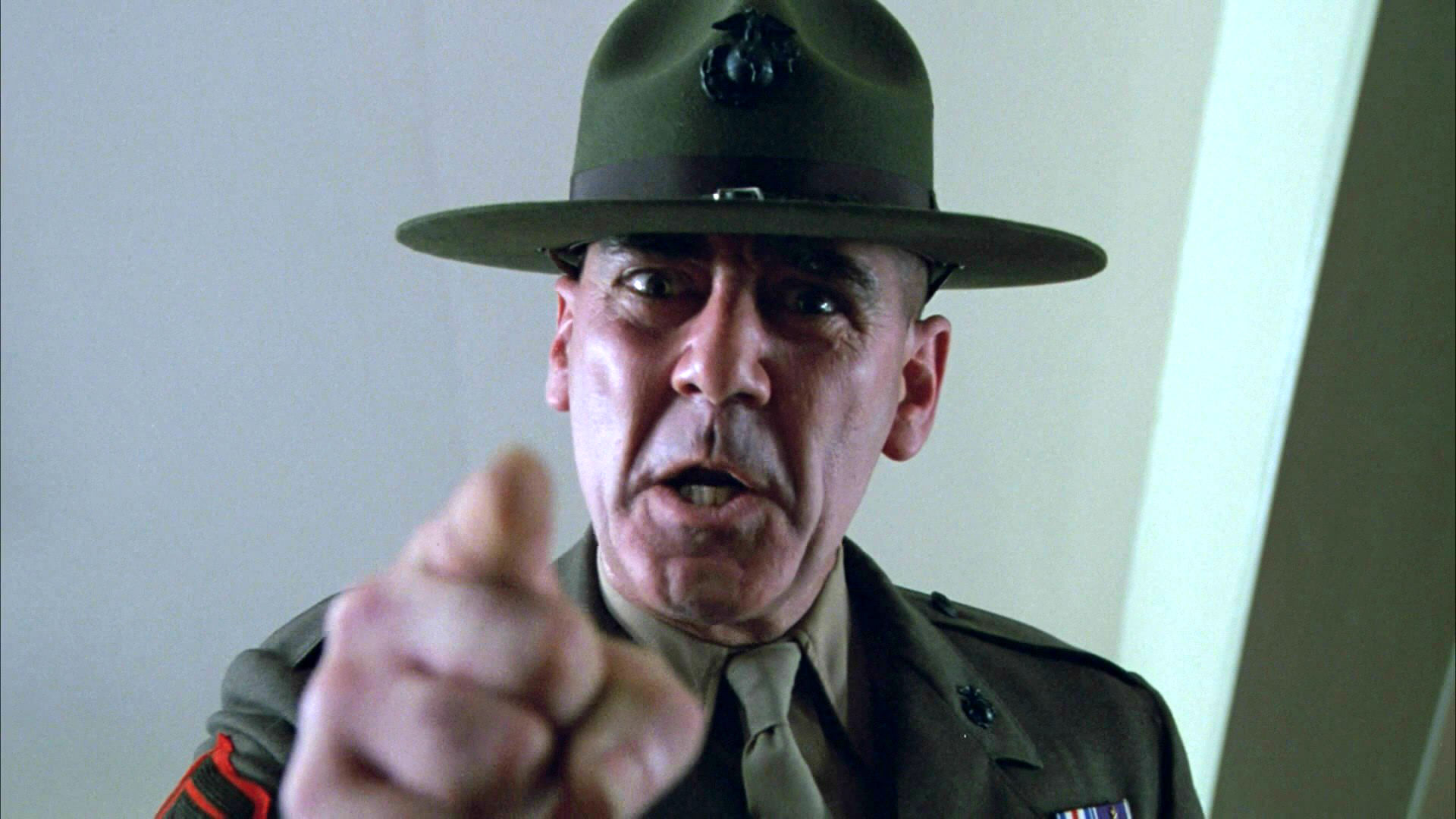 The story of “Gomer Pyle,” or Leonard Lawrence as he’s known prior to boot camp, is chilling to think about in hindsight. On the surface, it’s the tale of someone not cut out for the shape of war, someone who is forced to fight for his country despite being desperately ordinary as well as reluctant. The scene I referenced before is the start of Pyle’s evolution – it’s the moment we realize that Hartman draws a line in the sand between the soldiers he has faith in versus the beta male he wishes to make the runt.

Socially speaking, this is the same masculine performance that happens in countless other situations as alpha is divided from beta or men are divided based on their performance of masculinity. Prior to the more recent dad-bod trend, it’s been evident that to be overweight or to lose even the slightest shape on a lean figure is to adopt some sense of femininity or weakness into one’s character. Pyle, being the most physically different, fits the role of the classic beta male in society – which, again, makes his story so chilling in hindsight.

Pyle eventually breaks down after so much ridicule and is made to feel worse about his failures as each of his mistakes punishes his team. He is beaten and abused until he relapses into what he believes is the perfect soldier, and inevitably grows close to the weapons which might make him a man.

Just like in real life, guns function as the substitution for muscle in this narrative. Pyle dives deeper and deeper into madness, growing fond of his assault rifle until one night ending the reign of his abuser, Sgt. Hartman, and eventually taking his own life. 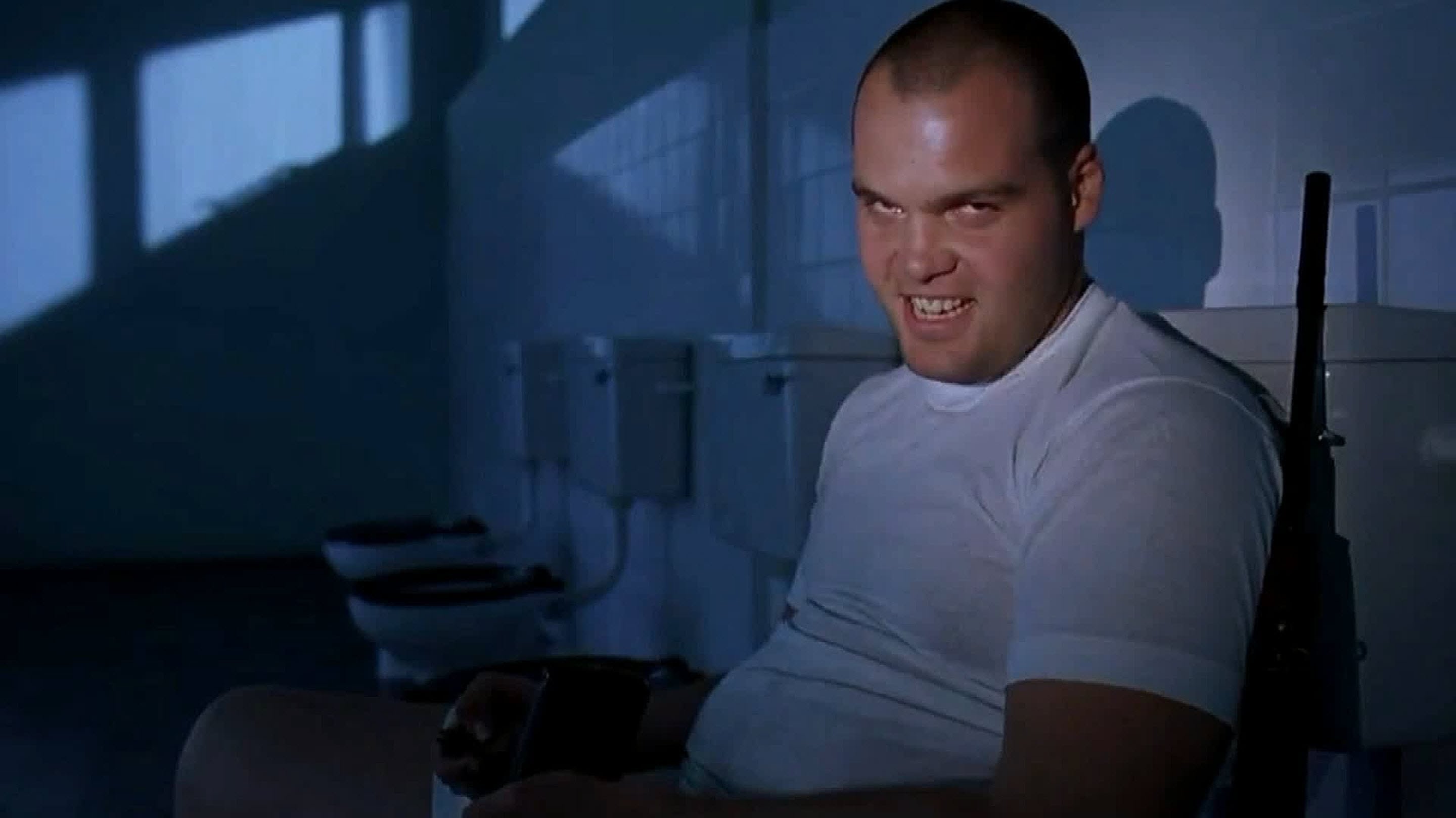 Okay, so let’s think about this: the one scene that is constantly referenced in the film and played off as a joke is the primary infraction which sparks a terrifying moment. It’s the scene which is in and of itself a display of toxic masculinity, which in turn fuels Pyle’s extreme claim to power.

Wake up sheeple: Kubrick was trying to talk about toxic masculinity through the character of Hartman. He was not crafting a scene which we’d laugh off and recite to friends and family, either in on the joke or at the butt of it.

And this all comes prior to the fact that this story is only half of what is being said. 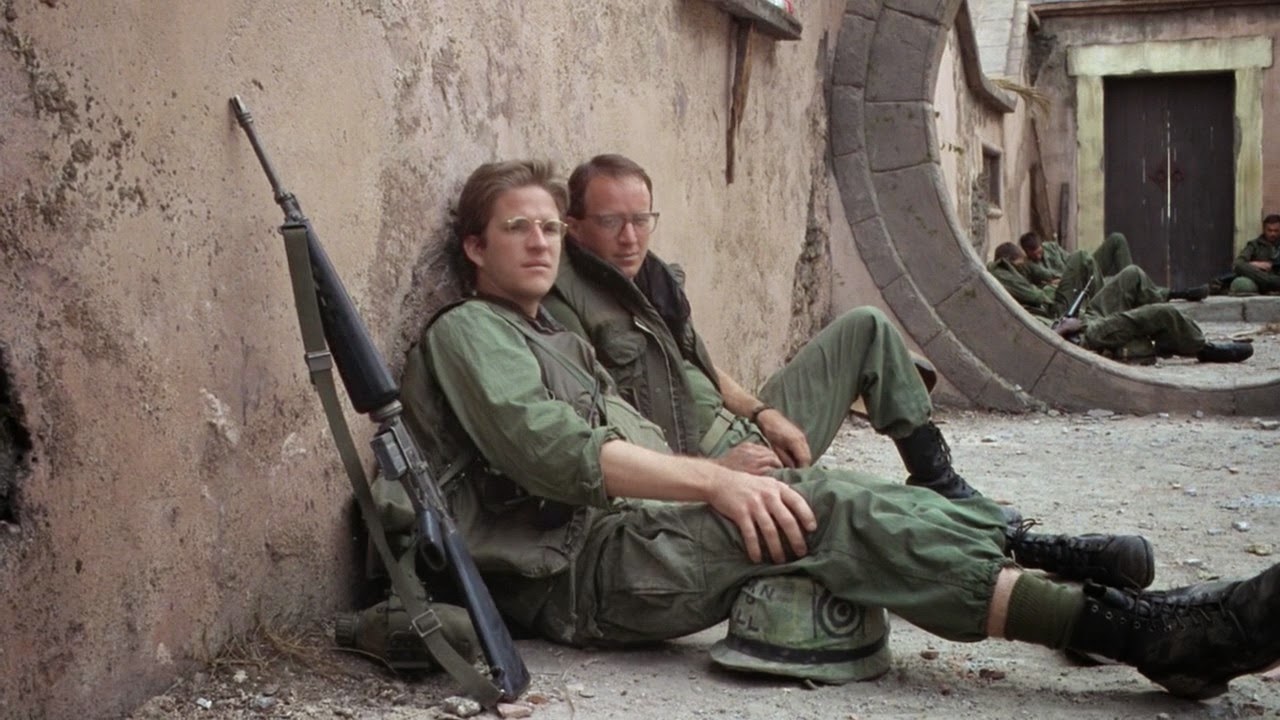 The second half of Full Metal Jacket is what really turns the story of masculinity in crisis into one of war meets horror. It’s a section that drags and is undoubtedly a bit tiresome for viewers returning to the experience after having fond memories of the prior half’s misplaced humor and clear distinction of a villain.

What the second half does, instead of offering a traditional narrative, is slowly devolve into a harsh depiction of Vietnam without giving our American soldiers a clear goal and without defining the same level of villainy seen from a figure like Hartman.

I think it’s a step too far to say Full Metal Jacket is entirely effective in sympathizing with Vietnam’s pain during the war; however, it does a sufficient job of portraying the American side as a lot of killing machines bred for destruction, even if it includes murdering children.

In that sense, the second half manages a pretty solid allegory, with some issues here and there.

Regardless, this is a film which deserves a critical re-visit. Challenge yourself into examining the messages beneath characters you may have laughed at and, hey, maybe inform that uncle at your barbecue of hegemonic masculinity or something.