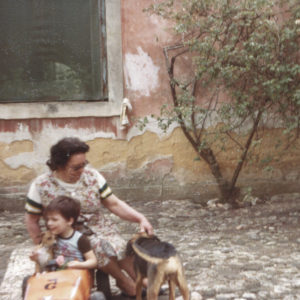 kinetic dream is a pastoral, fourth world creation put into orbit by Fernando Silva. Recorded over two years and dedicated to his mother (each tape adorned with a separate family photo), the seven tracks are held together by hidden percussions and repeating synth sounds. kinetic dream, especially “Nostalgia” or “This Moment,” almost sounds like Beach House if they chose not to sing, hunkered down on beats, and stuck to making tapes at home; some of the rhythms though have too much movement to make that seem completely spot on. Either way, Silva has put together a well-balanced set with a slightly disheveled, casual pop feel. It’s easy to be pulled in by it’s charm. 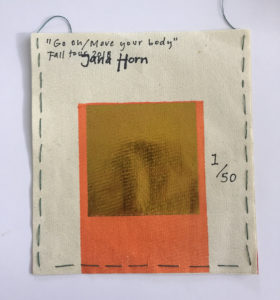 Slow moving songs, pivoting over a few chords and slumber-some beats. The variation in the strums and drum hits, and most importantly the color of the words chosen by Jana allow these songs to breath and fill a room on its own terms and in a stunning way. Angel Olsen, Big Thief, Sibylle Baier, or Josephine Foster may spring to mind, though only because it’s in the arena of haunting, skeletal compositions crafted to offer warmth via the performers way of inhabiting its shape. And in this case, Jana is showing us something special. It’s impressive how momentous something simply stated can feel. 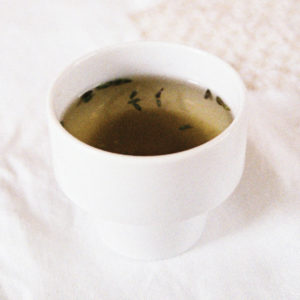 Tea Notes flows like the Habibiyya’s If Man But Knew, with its vague global inspirations evaporating at the seam. It has a slow pulse, one concerned with easing pressure and loosening tensions through tonalities and dynamics. Jatinder Singh Durhailay and David Edren don’t avoid discordant note clusters or uneven paces, instead they’re patient with them and find a way to have them make sense. Much like detecting the notes of a well-made brew, Tea Notes is a subtle selection, one worth taking a few minutes to enjoy. Chakras, prepared to be fiddled and tickled. 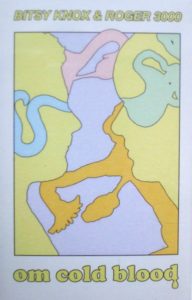 Om Cold Blood comes in three parts, loosely carrying the feel of a Robert Ashley opera though its instrumentality is a bit less avant-garde. Bitsy draws a series of images through juicy, mostly spoken words, tying etymological roots, surreal ideas, and scatological expressions together, while Belgian musician Roger 3000 pulls together slowly plucked guitar parts, dragging strings, and mellowed keyboards. Regardless of how engaged you are, whether you’re following the colorful verse like scripture or drifting to the sounds that surround it, only catching the occasional syllable, word, or phrase, Om Cold Blood will leave you amused and dazed by the durability of language.