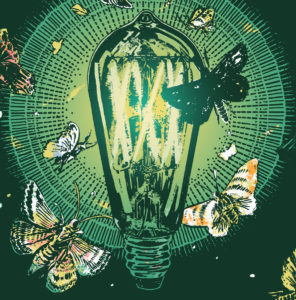 For a while now, Rod and Tiff have been whipping some soft new age and minimalist tones into a creamy batter. Their electronically simmered whirls and marimba arpeggios have snuggled together for years, creating a welcoming tonal palette perfect for night- and daydreaming. Moon Lush, out in 2017, was smooth and light like a perfect madeleine and their tape on Ehse Records, Versatile Ambience out a year earlier, was round with tender edges but misshapen, like the opaque stone on its cover. Enchanted Forest continues to tap for that serene syrup, Rod and Tiff piping in seagull clamors, humming keyboards, and gently tweaked delay pedals. The song titles alone, like “Bathysphere” or “Butterfly Peace”, should give you a little taste of what’s on these spools. 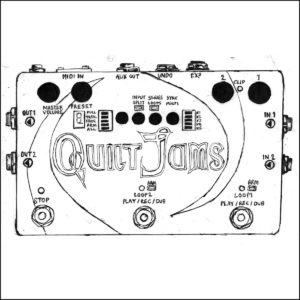 Following a trilogy of tapes in 2017, Elsa Hewitt self-releases Quilt Jams, an improvised EP made with a guitar, looper, and microphone. Buoyant and fluid, Quilt Jams’ melatonin-pop watches over slow-motion, low-maintenance half beats concerned with etching out its sound design more than anything else. This, its focus, and its subtle production are reminiscent of the intimacy Mica Levi or Laurel Halo might muster. Altogether wordless, Quilt Jams proves how magnetic Hewitt’s melodies are naturally. Quilt Jams is the lead-up to a forthcoming release, apparently a high-energy offspring of this sweet peach, the other side of this coin, so keep those peepers peeled. 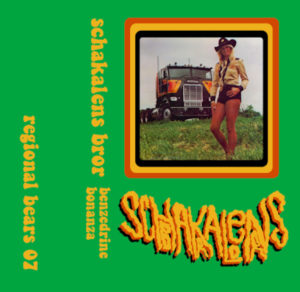 Solo guitar blazed all the way out, Schakalens Bror lays off the hockey imagery for this one and peels off six more “Untitled” HD smackers for noise HQ Regional Bears, totaling in just over 15-minutes of obliteration. Given all the overtones and movement Schakalens Bror stuffs into such a small space, it’s hard to say what’s more responsible for the texture and tones of these furious squeals: the amp or the guitar? Like Harry Pussy’s freeform shreds, Schakalens Bror’s lure comes from the blend of fretwork and humbucker shimmying, the stream of maneuvers disguised as a pile of noise. A giant magnifying glass on a blistering day, this tape will catch the whole damn scene on fire, leaving no trace in the blink of an eye. A quick, quality buzz. 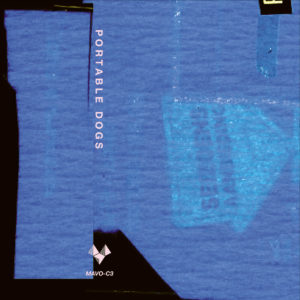 Portable Dogs, the Swedish duo of Charles Easson and Dick Diver member Rupert Edwards, put thirty minutes of their pseudo pop on tape. Rambling guitars alongside persistent drum machines and dosed synths, Tape 1 has the coy emotion and overtones of the Durutti Column and possesses that dole wave charm and quirkiness, like Rupe’s Australian quartet. Little bits come in and fade out like the true mixtapes of yore; low-intensity ideas are given their 30 seconds to pull you in a different direction and readjust your bandwidth. The quick turnover rate leaves you curious for the next bit, but the make-up throughout is consistent: naked or slightly wonky guitars, charcoaled electronic rhythms, and space-echo-y tones that float above like fringe atop a trekking surrey. Although sometimes gritty, there are some quality pearls in these dirty knots.