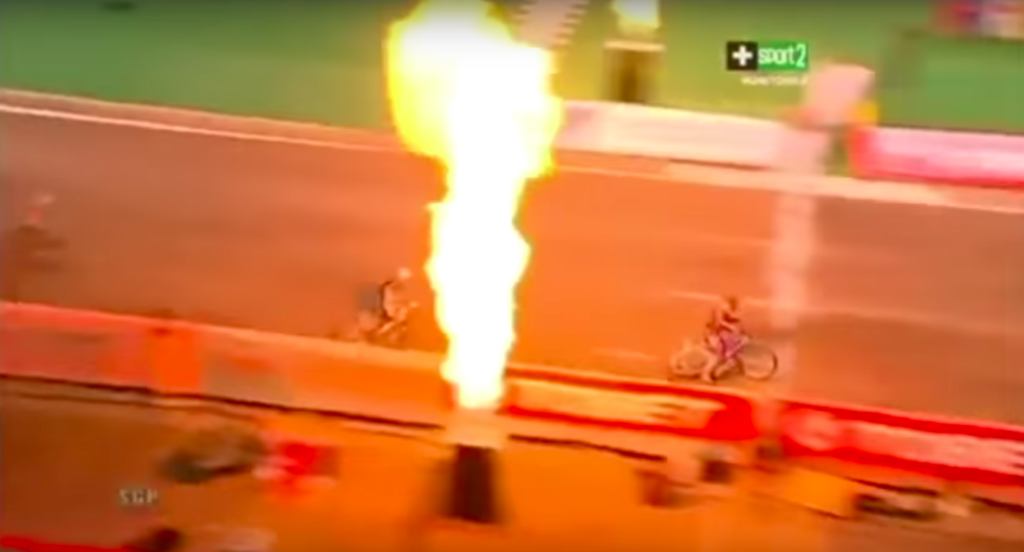 Much has been written about this London based Post-Punk quartet, lots of it based on the few traces of evidence publications have been able to find on the group. I say post-punk, but honestly boxing Black Midi into that genre would be doing the band, and potential listeners an injustice, because they are much more than that in every way. Black Midi is constituted by lead vocalist/guitarist Geordie Greep, lead guitarist Matt Kelvin, bassist and occasional vocalist Cameron Picton, and drummer Morgan Simpson, all of whom seem to have great chemistry. I’d recommend checking out their KEXP live performance to see for yourself. Since we are talking about music after all I should mention the significant amount of musical talent each member has individually; you really get the feeling this band functions as a unit when you listen.

‘Speedway’ offers a rhythmic introductory track that functions as sort of a baseline for the following incarnations of remixes. It maintains a groovy, repetitive instrumental, that continues to push forward entrancing the listener, while spoken word that seems to be about urban renewal by Picton weaves in and out of the track. Repetition only adds to the hypnosis of the first leg of the track; almost feels krautrocky. The remixes that follow really take this little collection of tracks to a new level.

The first of the remixes is done by Proc Fiskal who we’ve actually covered here at the Hassle before; you can check that out here. I’ll admit I’m still new to electronic music, but I can say with confidence from what I do know this piece is incredibly immersive, and really expands past the boundaries set by black midi and creates a world of its own. Fiskal maintains the rhythmic, and hypnotic aspects of the original, but replaces the cold exterior of midi’s interpretation with something a bit more introspective and moody. This isn’t to say it isn’t a fun time though; I find myself with a constant itching dance around every time I listen.

Kwake bass’ remix kicks off with samples of Picton’s vocals looped, while a synth swirls around in the back. It’s simple, atmospheric, and quite beautiful. Overall, a nice spacey listen. The standout for me definitely had to be blanck mass’ remix it really is something, and offers a nice change of pace. Definitely reminiscent of Prodigy (in only the best way), but a bit more post-punk feeling and groove heavy. This track is just menacing, as soon as it starts, the added claps were a wonderful touch too. There’s also an optimus prime sounding effect on the vocal sample which I found thoroughly enjoyable, and perfectly compliments the aesthetic. It’s just so damn intense, I really can’t say enough for this remix; listen to it! Eventually, the track builds up to this really epic moment of catharsis (round 17min mark on the youtube video) that’s so pretty sounding makes you feel like you’re soaring until the song ends. Every time I listen to this remix I feel like I have the most swag in the universe, so that’s saying a lot in my book.

Check out black midi, they have a few great live clips on youtube, DEFINITELY listen to speedway and all the remixes, which you can check out here. Also, the video is this really great collage of video games, soccer, windmills, it’s great, so great we almost even put this in the fresh vids category (which you should peep!) Anyway, these guys are gonna be in Allston on March 18th, it’s really gonna be something, so you should check it out, and buy tickets ASAP.

New single off LATRELL JAMES’ new EP, UNDER, right here. And damn it’s short. A burst of energy. A beam, like the…

7 Songs To Get You Through Cuffing Season

Hear what local Boston musicians have penned for these romantic times