Frankenstein and the Monster from Hell (1974) is a hilariously dark character study that reimagines an all-too-familiar story.

Serving as the conclusion to Hammer Film Productions’ series of Frankenstein films, Frankenstein and the Monster from Hell finds Baron Victor von Frankenstein (played by Peter Cushing) housed within an insane asylum, where he meets an aspiring copycat, Simon (Shane Briant), amongst the other patients. Frankenstein soon discovers that Simon might serve as a suitable assistant, and the pair shove off to resurrecting a literal man-ape. 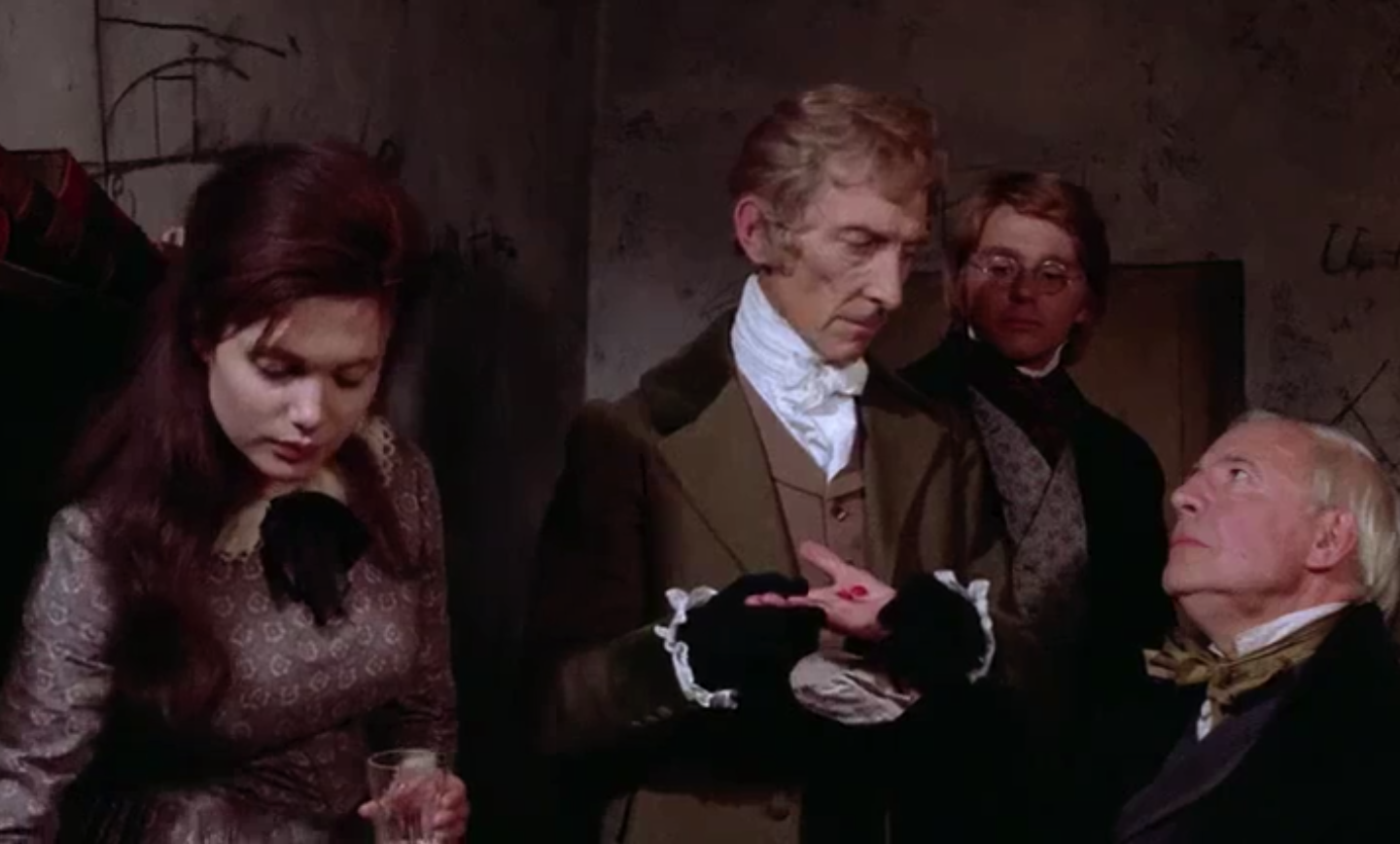 Before I go further, I want to address the obvious. The plot structure of Frankenstein resurrecting the dead isn’t exactly the most creative approach. Framing his character as a mentor, however, and creating a relationship between his work and a similarly disturbed science boy, is something we haven’t seen much of in previous takes on the character, especially in the case of Hammer’s. And that’s what really sells the film: the onscreen relationship between Cushing and Briant is one that is so clearly driven by the former’s exhaustion that it plays out as something appearing sincere, yet foreign.

It’s shortly after Frankenstein introduces Simon to a destroyed cell, one that belonged to the aforementioned man-ape, that their relationship starts to blossom. Simon turns to the Baron and suggests that they should find the man-ape’s corpse and bring him back to life just for the heck of it. Cushing’s acting successfully places a wall between his character and Simon’s, but it’s not long before we realize Frankenstein is already a step ahead. He’s already started work on Herr Schneider.

What follows is about forty minutes of exploits shared between Simon and Frankenstein. One particular moment worth noting has the pair performing an eye transplant on their man-ape subject. Frankenstein starts off the surgery by mentioning that the outcome is unknown, and that they’ll have to see what the results might be. Simon, having an obvious penchant for brown-nosing, returns with, “Let’s hope it’s… he who sees.” 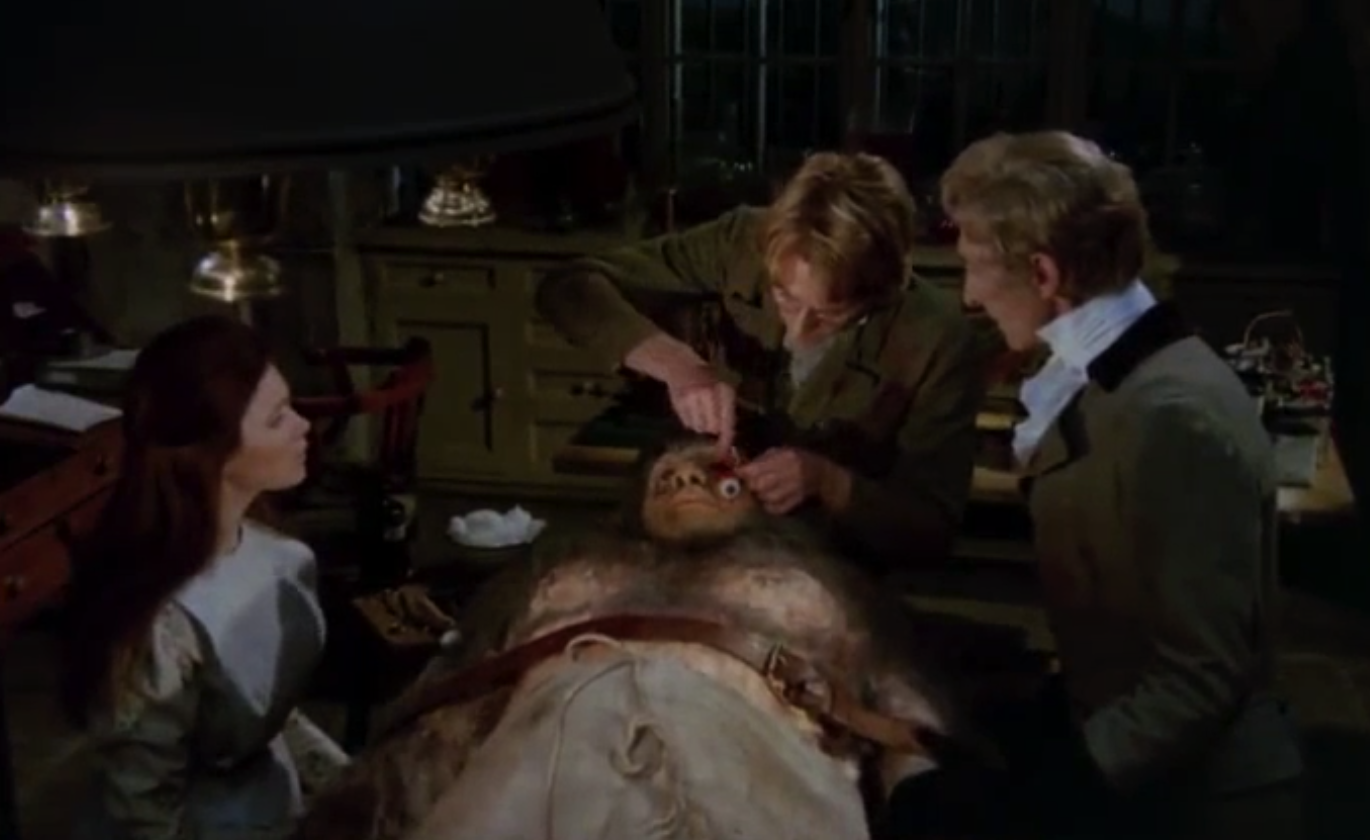 Cushing deadpans the joke for what seems like a genuine moment of confusion, before genuinely bursting out laughing. I have to imagine this was half-improvised through the actors’ confusion in the scene, but it’s that kind of exhaustion from Cushing that I absolutely love to see. It’s also part of the brilliance of the facade Frankenstein and the Monster From Hell is trying to break down for Frankenstein.

I mean, come on, he’s clearly not the stern genius we know him as if he’s going to laugh at shit like that.

Bad humor aside, there’s something about the arc Frankenstein goes through in this film that really sells a complete breakdown of his character, and might be a mild jab at the nature of Frankenstein films to begin with. I won’t spoil the exact ending, but I will suggest that it’s fairly pessimistic for the Baron and his newfound assistant, as it asks the question: Is Frankenstein just going to keep making monsters? 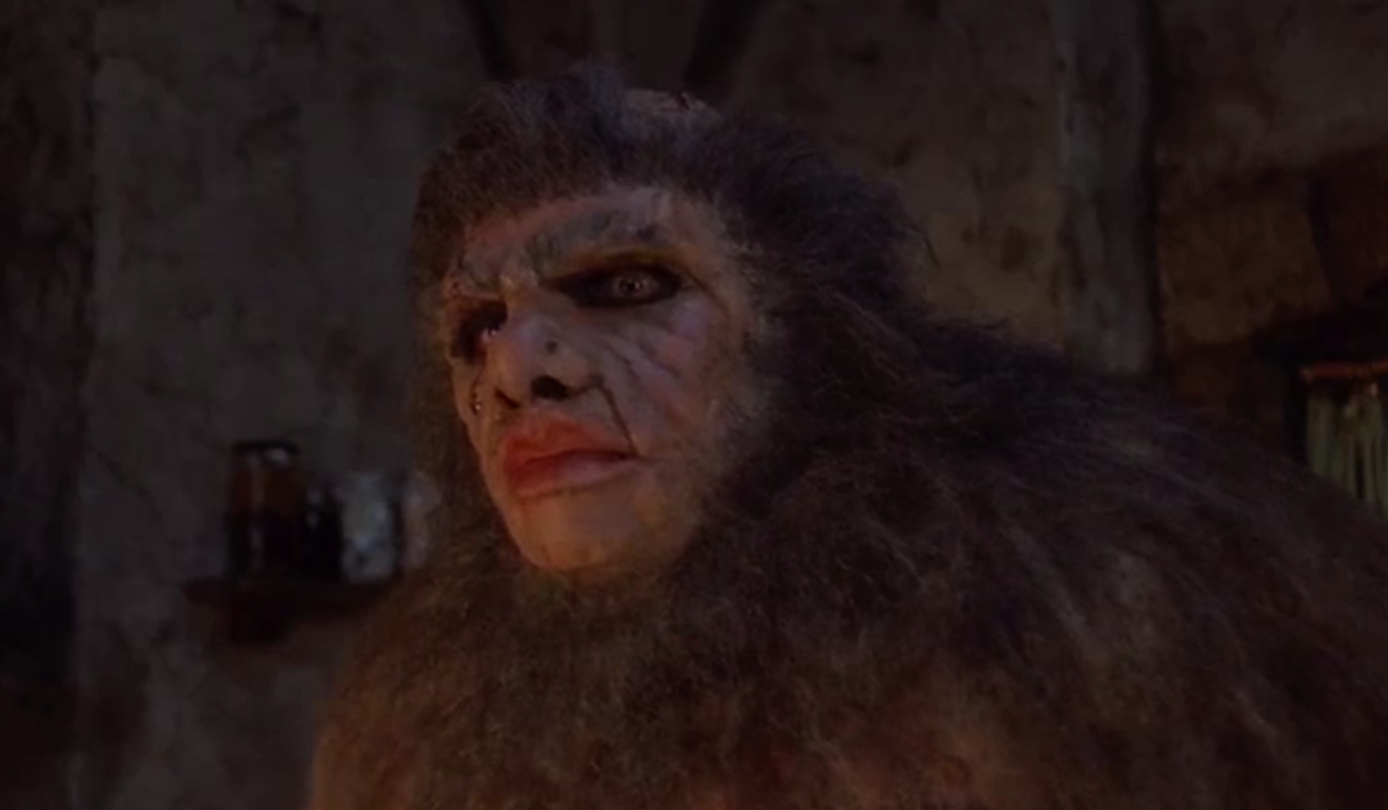 And speaking of monsters, this monster is brilliantly weird. Portrayed by Star Wars alum David Prowse, the man-ape amounts a man lurking around in what I can only assume is a shaved gorilla suit. It’s kind of great how they write around the monster having Prowse’s very human-like hands by saying that they’re the hands of someone else. But it’s not so great watching the creature struggle to present itself without any eyes, or apparently a brain, in its early resurrection.

But it’s all okay, because the monster reminds me of Handsome Squidward. 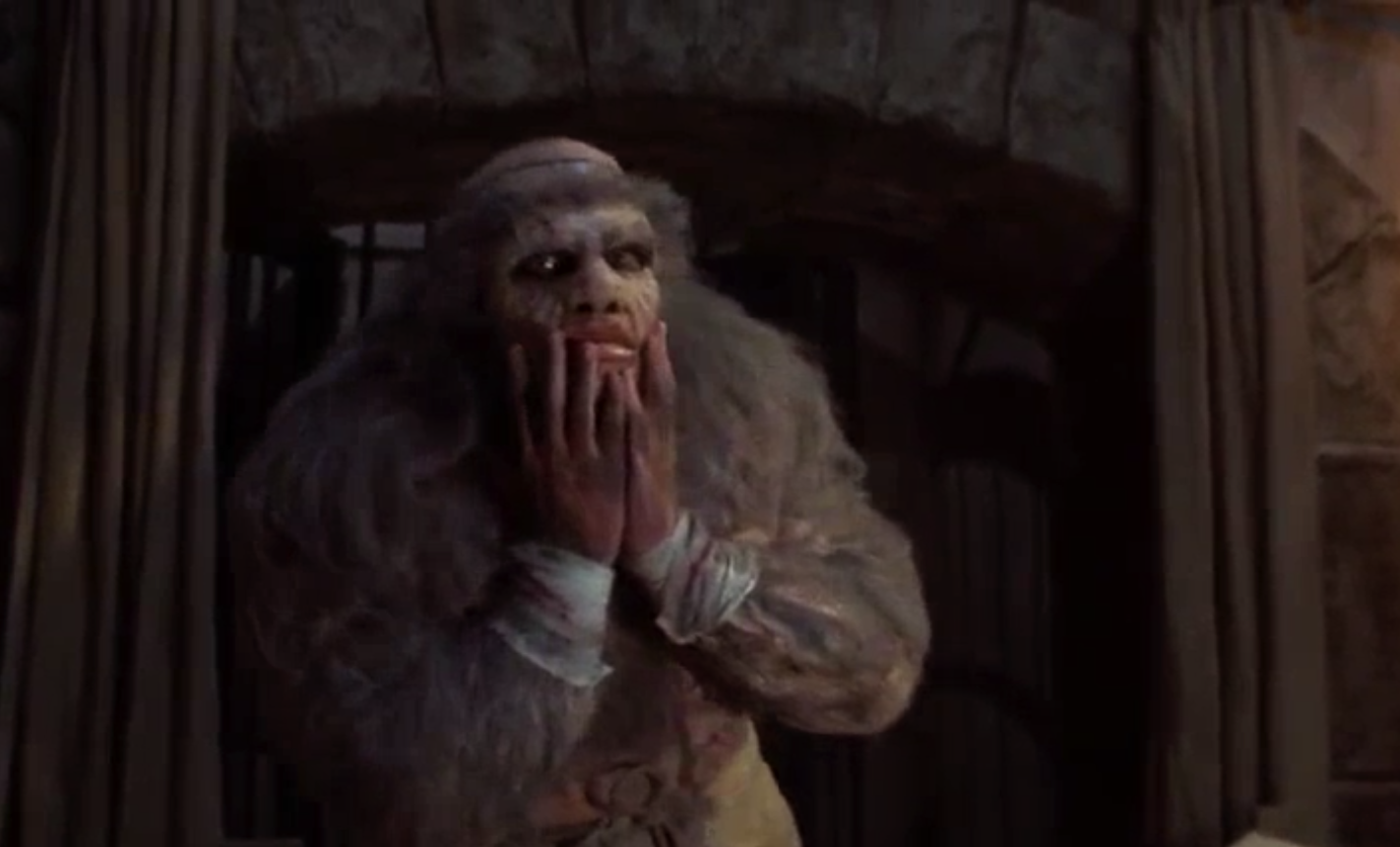 The camerawork is also worth noting, as there are some wild zooms that seem to come out of nowhere, accompanied by some interesting tracking shots. But that’s about it… it’s otherwise a visually unimpressive film, driven by Cushing’s performance and the depths this film is willing to go in showing how awful Frankenstein is, as both a man of science and as a human being.

Is it the perfect film? No. Is it worth seeing with friends or watching for a good laugh? Absolutely. For the sheer value of Peter Cushing and the man-ape, please go see this film.

Frankenstein and the Monster from Hell
1974
dir. Terence Fisher
90 min.