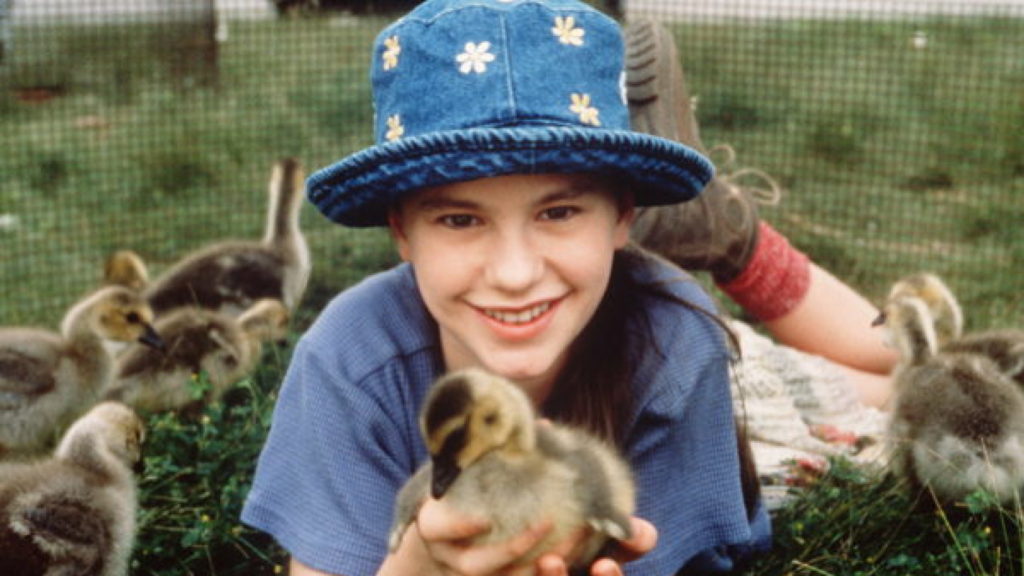 Fly Away Home tells the story of a young girl and the geese she ends up adopting after a wildlife area near her home is destroyed. After her mother’s unexpected death, Amy Alden (Anna Paquin) moves from New Zealand to live with her estranged father, Thomas (Jeff Daniels), in Ontario, Canada. Not long after moving in, she comes across the aforementioned 16 goose eggs. Without anyone else knowing, Amy takes the eggs and hides them in an old dresser for the incubation period. After they hatch, the local animal regulation officer warns the family that all domestic geese must have their wings pinioned, rendering them flightless. Amy and her father decide, instead, to teach the geese to fly using an ultralight aircraft.

This film is the perfect family film, especially as it’s one I remember from my own childhood. Amy is strong-willed and passionate, and Thomas is willing to listen to his daughter and learn from his mistakes. Their plan to train the geese so they can fly them to a bird sanctuary in North Carolina is somewhat harebrained but plausible, which is particularly interesting after learning that this is based on a true story.

Fly Away Home has a great love for the outdoors and wildlife. Considering we’re all stuck inside right now, it’s the perfect flick to put on.

Now streaming on the Criterion Channel and Amazon Prime.