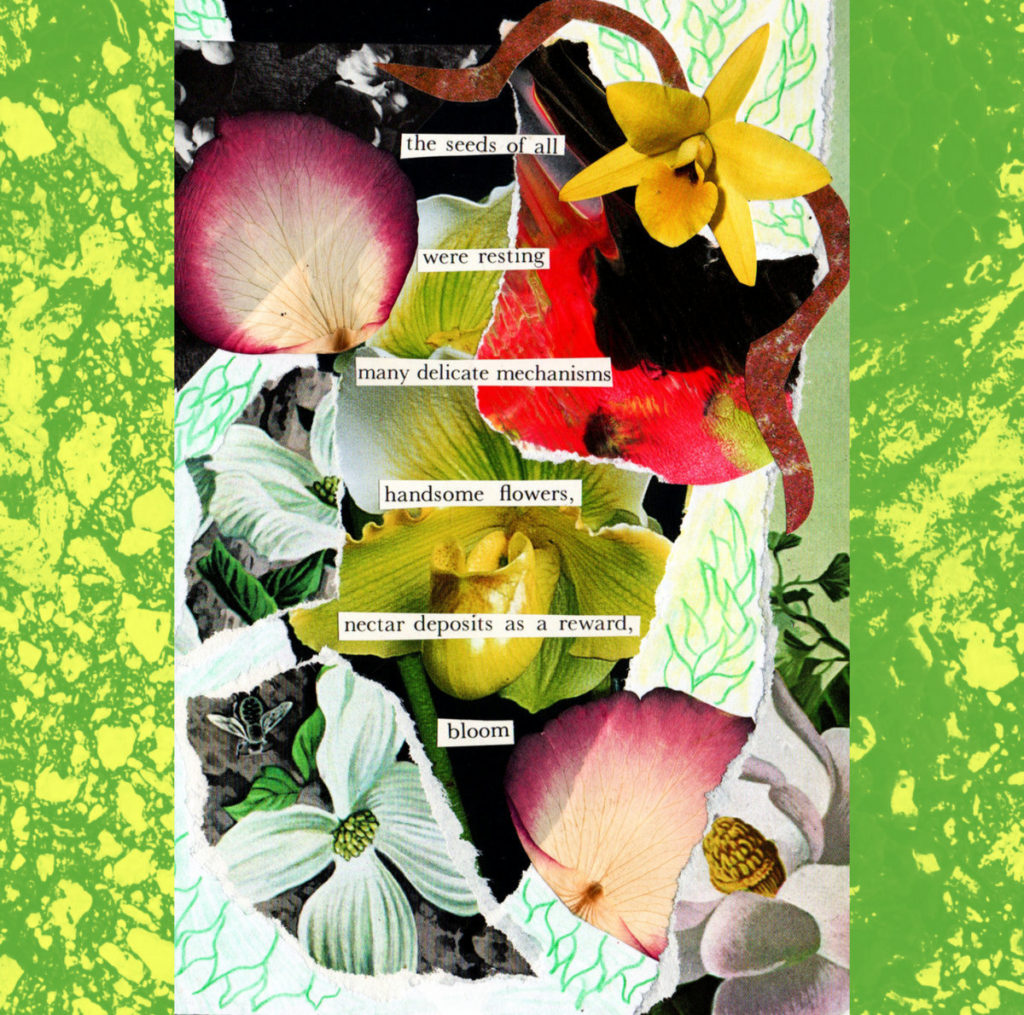 From the mind and electronic styling’s of Pain Chain and Walter Wright, we have the electronic elegy Bloom to remind us that there is no time like the flowering seasons to sink deep into the world of noise music in New England.

It is truly a marvelous place. Even more marvelous is when two stand-outs of the scene, Walter Wright and Pain Chain team up to make folks truly aware what the purpose of improvised electronic music is, ‘improvisation as a way of being present in the world.’

I believe this rings true with all art, but particularly in improvisation music.

However what does that mean for improvisation music? Well I am not wholly sure of that.

So, here I will defer to Walter Wright, whose thoughts abound on the topic.

Boston Hassle: What do you mean when you say ‘improvisation as a way of being present in the world’?

Walter Wright: The simple answer is that ‘improvisation’ is a technique for creative interaction. If one digs a little deeper, it is a socio-political statement.

Traditionally composition precedes performance. The composer communicates his or her vision by means of a ‘score.’ The score is interpreted, rehearsed and finally, performed for an audience. Improvisation is composition in real time. In improvisation there is no score in a traditional sense, no interpretation. Composition and performance come together ‘in the moment.’

What is the nature of this moment? Performers and audience lose track of time, an hour seems like a minute. The moment becomes time-less, existing outside normal time. We experience a state of heightened awareness. We have entered time. Instead of standing aside watching as time flows by, we plunge in and are carried along letting time unfold around us.

Time flows through the present, the future unseen, the past memory. We look back from the present into the past; replaying the images collected by our culture and ourselves. We keep the good images, toss away the bad, and feel secure in the illusion that we can know the future. What if, instead of looking back into the past or forward into the future, we concentrated on the present – on being present to our-selves and to the world? Maybe, instead of ghosts and fantasies, we could see, in that moment, an opportunity to create something ‘real.’

The improviser prepares by listening directly to the world with his/her eyes, ears and skin; and without thinking. Is there a place for exercises, for discipline, for rigor, practice and technique? Of course, the point is that these are secondary. Good technique, even to the point of technical mastery, is no substitute for compassion and understanding.

Why do we as free improvisers insist on performing without a traditional score? Wouldn’t it be less risky, for both performers and audience, to interpret a precomposed score? After all, everything can be ‘thought out’ in advance. There wouldn’t be any unwelcome surprises. The critics, by comparing the performance to those that they have already experienced, can assess its merit. The audience can read the reviews and be assured that they got ‘their money’s worth.’

What is there to be afraid of – of being surprised, of taking a risk? For me, surprise is the ‘raison d’etre’ for improvising. Improvisers are open to possibility, to chance. As improvisers we constantly surprise each other and ourselves. We move into the moment with a sense of anticipation and when things are working well, leave with a sense of joy and fulfillment.

As improvisers, we work with the universal languages of sound, movement and image. In contrast to the traditional arts, improvisation is about re-inventing the rules in real time. Nothing is set, thus communication is always open-ended, and fraught with possibility.

Focusing on possibility, on what could be, is a radical socio-political statement, and hardly a new one. It’s perceived as radical only because our culture and its institutions are hide-bound by tradition and conservatism. The potential for a society based on a way of thinking and acting that is open, inclusive, and creative is certainly something worth considering. A society willing to withhold judgment, to explore multiple outcomes, to reinvent itself continually, and to engage in collaborative dialogue with others.

BH: How did the split with Pain Chain come to be?

WW: I met Sam at the The Hearing Room, here in Lowell. We shared gigs at Uncharted and various noise shows in and around Lowell. Sam and their partner Cam had a label, Mutual Aid. I’m all for supporting local artists and labels, so I asked them if they would be interested in distributing some of my experiments. Sam said, “Yes!” I’m now on their label.

BH: You have been active since the 70’s/80’s. Care to share with me a brief bio of your artistic achievements?

WW: I was one of the first video animators. At Computer Image Corp in New York NY where I animated letters, words, and titles for Children’s Television Workshop. While at Computer Image I worked with Ed Emshwiller on Thermogenesis and Scapemates, aired by WNET’s Artists Television Workshop. Scapemates was the first computer graphics video nominated for an Emmy Award in 1971. I showed work at the first computer art conference at The Kitchen in NY in 1973. In 1973-76, as artist-in-residence at the Experimental Television Center, I pioneered video performance touring public access centers, colleges, and galleries with the Paik/Abe Video Synthesizer. Carol Goss and I are credited with releasing the first ‘music video’ on Paul Bley’s Improv Arts label, in 1975.

I’ve developed software and hardware for artists including the Video Shredder, a desktop video processor for the TARGA2K. Currently I’m working with Processing on a video/computer animation project, which I call Projektor. I hope to develop it as a video module for my AVSynth..

BH: What are the connections between your compilations and their titles? Specifically on your split with Pain Chain ‘Bloom’?

WW: I pay very little attention to titles. Sam made up the title. Here are a couple of ELKA BONG releases with interesting titles (taken from Science Fiction) –

BH: For the beginners, how would someone find an entry way into making noise improvisational music?

WW: “Nothing to it but, to do it!” ~ Casper The Friendly Ghost

Sit in on an improv session. Relax. There’s no score, so there are no mistakes. However, there are some simple rules that make it easier for everyone participating. Listen to the other players and to the room, not to your own playing. Stop thinking. If you’re thinking you’re not listening. If you play for 1 minute, then be silent for the next minute. I call this the 50% rule. Open up the sonic space, let the music breathe.