As our week of roundtables comes to a close, we look back at our best experiences in moviegoing – a topic near and dear to our hearts. 2016 may have been a drag in many real ways, but the cinema – particularly the many amazing independent moviehouses in the Boston area – reliably brings moments of peace and realness, in a dark room full of weirdos, for a couple of hours at a time. Here’s to more in 2017! 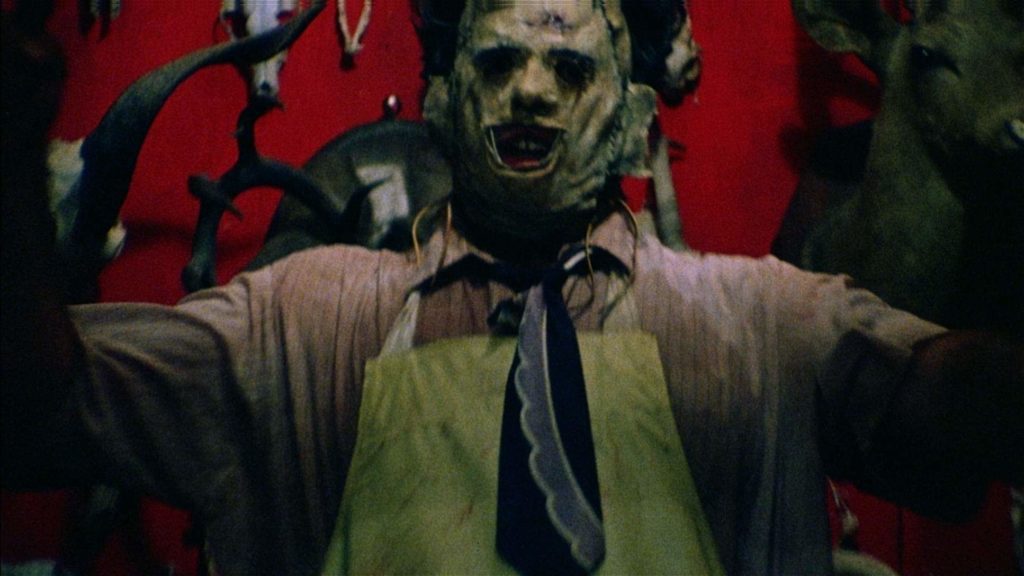 Coolidge Corner did not disappoint on Halloween night with their double feature offering of Psycho and The Texas Chainsaw Massacre. This was my first time ever watching Chainsaw, and, as expected, it was absolutely terrifying. The big screen accentuated the beauty of the cinematography, and the bloody horror of the affair. Psycho was fantastic as always, of course. 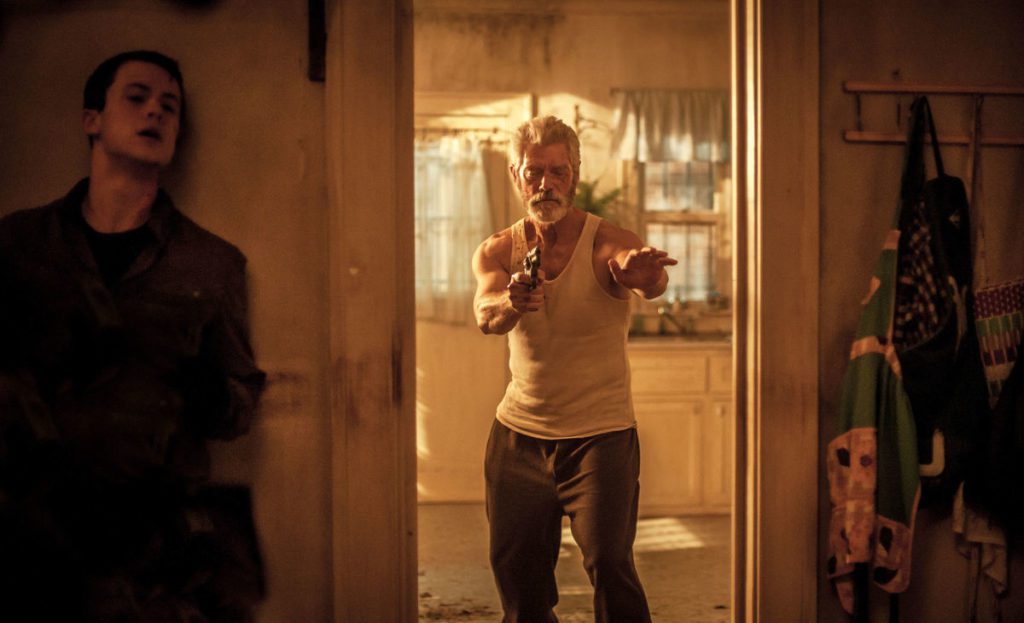 Seeing a horror movie is always a good time at the theater, but to see one of the best horror films this year with a near sold out crowd? You can’t beat it! Getting to watch Don’t Breathe on opening weekend with a packed house was insanely fun. Hearing the screams, the pleas from the crowd to not go into that room, and the gasps over the complete shock value of the scenes, it really makes you appreciate a well-made horror film even more. As a diehard fan of the genre, it was the best time at the theater this year. 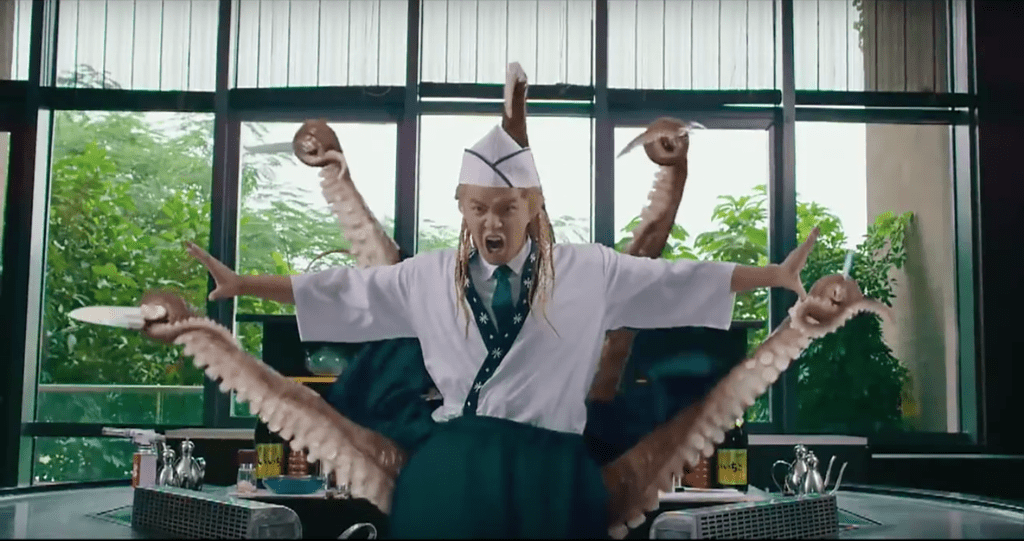 Stephen Chow’s The Mermaid. I went in with no idea of what the movie was and was greeted with one of the most wacky, silly, and fun things I’ve ever seen. Also the theatre had pretty cheap beer and validated parking. 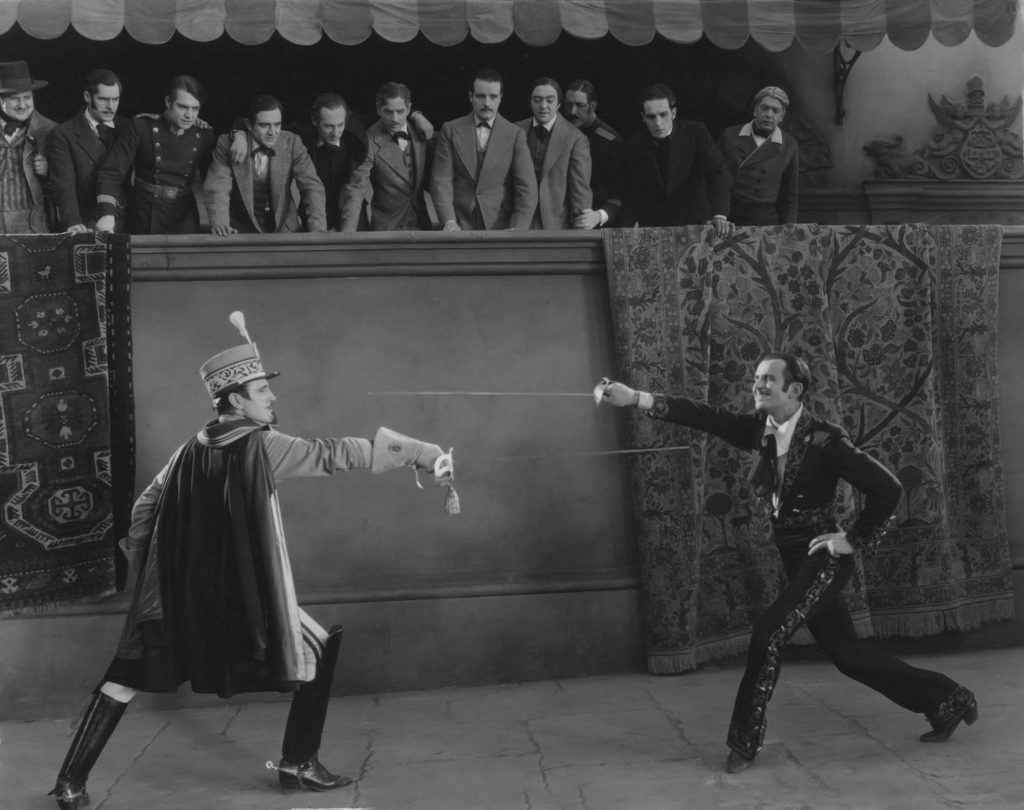 Early in the summer, my girlfriend and I took a much-needed vacation to Maine. Along with the standard Vacationland activities– the beach, lobsters, whoopie pies, Moxie– we decided to stop in at the historic Leavitt Theatre, located on the main stretch in Ogunquit. Founded in 1923, the Leavitt has been lovingly kept to its roots, with a single screen, a full stage, cavernous stadium seating, and vintage wooden chairs (the theater closes every year in November, as it still has not been outfitted with heating). As luck would have it, the programming matched the aesthetic: we happened in on the theater’s monthly silent film series, with live accompaniment by organist Jeff Rapsis (known locally for his performances at the Somerville Theatre’s “Silents, Please!” series). Watching the film (the 1925 swashbuckler Don Q, Son of Zorro, starring Douglas Fairbanks), eating fresh, homemade popcorn, surrounded by locals young and old who seemed to genuinely appreciate the film’s story, was one of the purest experiences in cinephilia I’ve had in a very long while. I can’t wait to go back next summer. 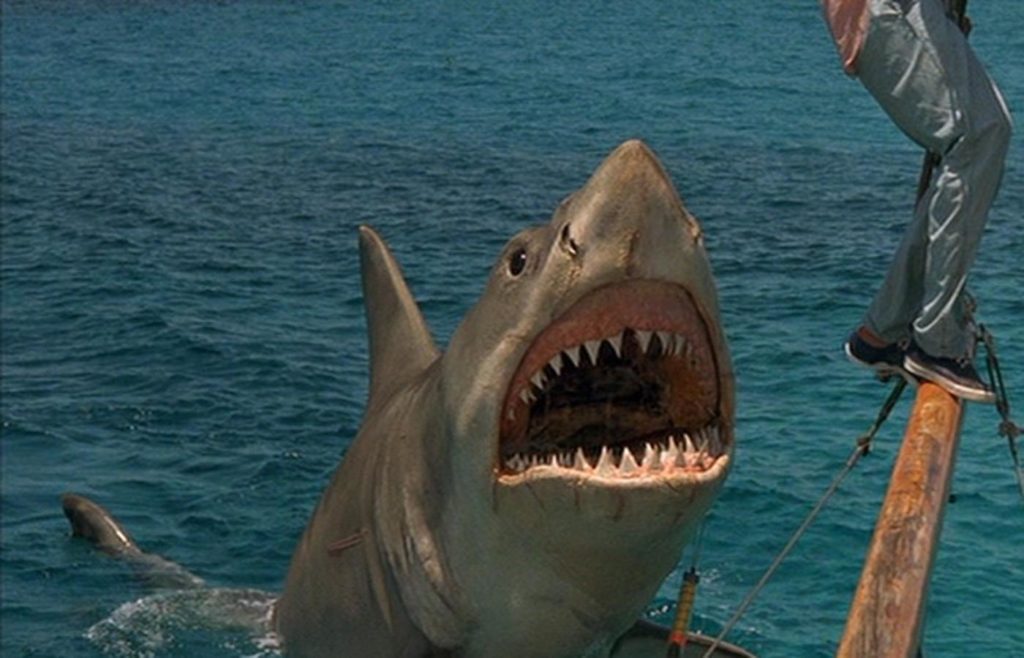 Back in August, the Somerville Theatre screened Jaws on 35mm.  A lot of theaters play this movie, and it’s cool to see it on the big screen in any capacity, but to see it on 35?  There’s just nothing like it.  Every scratch, blip, and imperfection hits the filmgoer with its authenticity, like the reel is telling you that it’s been traveling since 1975 just to get to you, just to show you the mysteries it captured on its frames.  Jaws is one of my favorites, and I’ve seen it many times, but this time was different.  It was more engrossing, harder to look away from, and… funnier?  I didn’t see that coming.  But we all laughed.  A lot.  I’m sure the laughter was largely the laughter of recognition, since the movie is such a classic now.  But yeah, we laughed.  And jumped.  And pulled our feet up from the floor for fear of having them devoured by a maneater.