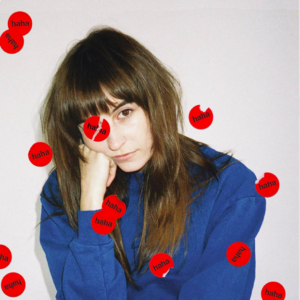 On I Know I’m Funny haha Faye Webster shares her stories of heartbreak with a clever and candid flair. The result is an ornate but understated album that’s as personable as it is sad.

Webster isn’t the only voice in indie rock that’s striking this balance. Artists like Phoebe Bridgers, Lucy Dacus, or Japanese Breakfast (just to name a few) all have their own distinct blend of off the cuff but intense confessionalism. Webster carves out her own niche within a niche with her especially cheeky lyrics coupled with a more mature, steel guitar-heavy instrumental palette that weaves between indie, country, and r&b. Not to mention her understated ever-so-slightly raspy delivery.

The song “Room Temperature” kicked off Faye Webster’s last album, 2019’s Atlanta Millionaires Club, with a simple, self-critical chorus “I should get out more.” But if anything, on I Know I’m Funny, Webster drifts further into isolation and palpable heartbreak. From the opening line, “Sit around until I find something better to spend my time/But nothing’s appealing” to the last verse, “What am I doing now?/What is the purpose of anything?/And if you’re not around/I’m missing a whole half of me,” Webster lets heartbreak overtake her. I Know I’m Funny has the tragedy of a Breakup Album, but the near-constant isolation makes it more of a Wallowing Album than anything.

Webster breaks free of sadness and isolation on songs like “In a Good Way” or the title track. The former shows a brief but beautiful moment of restrained joy, as Webster practically whispers “you make me wanna cry, in a good way” over a slow r&b instrumental. The title track wriggles with nervous energy as Webster sings about self-consciously trying to impress a love interest’s sisters at an anxious dinner get together. The titular line “I know I’m funny, haha” acts as a rare but compelling moment of confidence in a sea of despair. “Cheers” breaks even more completely for powerful display of spite accompanied by distorted guitar and buzzing synths.

Even with Webster’s raw lyrics, the highlight of I Know I’m Funny haha is the pristine production and gorgeous instrumental arrangements. From the stunning instrumental swells on “Kind Of,” ironically sexy sax on “A Dream With a Baseball Player,” to the atmospheric electric slide guitar throughout, Webster creates a cohesive sonic atmosphere that compliments her soft voice and the chronically isolated character she sings about. While her collaboration with Father on “Flowers” from Atlanta Millionaires Club ungracefully forced trap bass and high hats into her mellow sound, I Know I’m Funny’s collaborative track with Japanese singer-songwriter mei ehara goes over much more smoothly. “Overslept” might not be the boldest collaboration since both artists have similarly soft indie/r&b sounds, but the singers have a solid chemistry that fits perfectly within the world that I Know I’m Funny haha creates.

I Know I’m Funny haha doesn’t subvert any expectations a familiar listener might have of Faye Webster, but it displays her charming and unpretentious attitude as well as her classic, often stunningly beautiful sound in her most cohesive album yet.

Liked it? Take a second to support Owen Murray on Patreon!