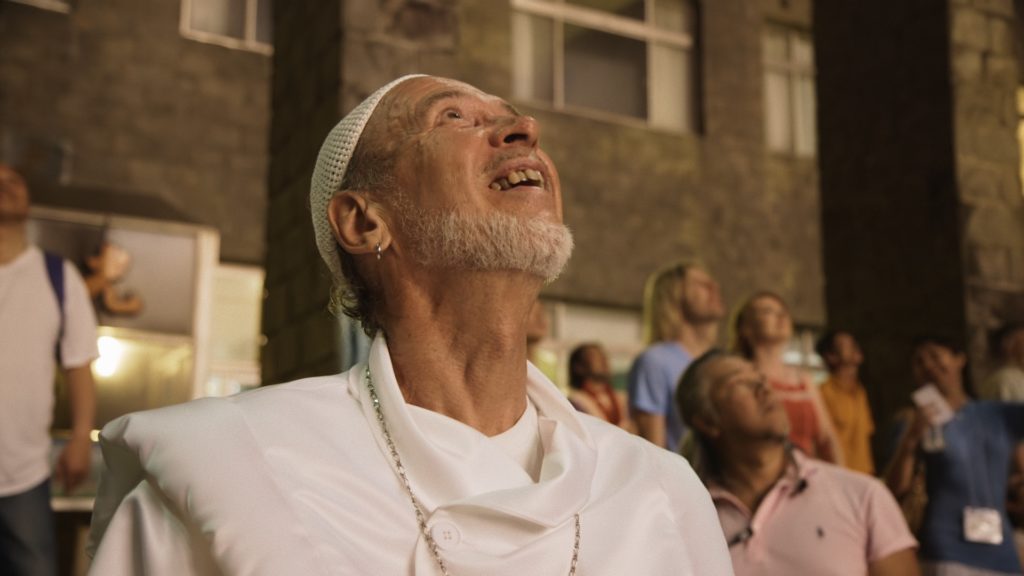 If one were to assemble a hit parade of wacky cults, the Raelians would probably place somewhere around the middle. They’ve never committed a mass suicide, like the People’s Temple or Heaven’s Gate; they don’t command the political power of Scientology; and they’ve never done anything as truly notorious as the Family or NXIVM. Still, as far as name recognition goes, they’re on the board, thanks to one truly outrageous stunt: in 2002, they held a press conference to announce that they had successfully produced the first cloned human baby. As a teenager at the time with a finely honed kook radar, I was naturally all over this story when it first came out, and was perplexed when the story was unceremoniously dropped from the news cycle. Who were the Raelians? Did they actually clone a baby (of course they didn’t, are you high), and if not, why would they announce that they had?

These questions, more or less, are at the heart of The Prophet and the Space Aliens, the amiable new documentary from Israeli filmmaker Yoav Shamir. Shamir’s entryway to the cult is an unusual one: he received a letter informing him that he had won a prestigious award naming him an Honorary Guide of the Raelian Movement, alongside such unlikely notables as Madonna. When he arrived at the ceremony, Shamir unsurprisingly learned that he was the only recipient to accept his award in person (he would later suspect that no one else even received the letter). Yet he was intrigued by this peculiar sect, particularly its leader, a flamboyant Frenchman who goes by the name Rael. After some discussion, the group allowed Shamir and his camera crew to embed themselves, following Rael and his inner circle as they spread the gospel of Raelieanism.

So what is Raelianism? As is so often the case with cults, that can be tough to parse. Rael was born Claude Vorilhon, whose remarkably varied pre-messianic career included stints as a chanson singer, an automotive journalist, and a race car driver. In the early 1970s, Vorilhon supposedly encountered an angel who descended to earth in a UFO and, according to an astounding Raelian-produced CGI propaganda video, looked remarkably like Michael Jackson in the “Scream” video. This alien/angel, the Elohim, took Vorilhon onto his spaceship and brought him back to his home planet, where he revealed unto him the secrets of the universe. Returning to earth and redubbing himself Rael, Vorilhon began dressing in all-white robes and preaching a gospel of free love and liberation (with a healthy dose of personality-worship, naturally). Then there’s the cloning project, spearheaded by Rael’s right hand, Dr. Brigitte Boisselier, which the Elohim evidently told Rael is the key to human immortality. Whatever the ins and outs, Rael has spent the past 40-some-odd years preaching his message (and selling books) to followers around the world.

And for once, “around the world” is not an exaggeration. Shamir’s exploration takes him to an honest-to-god Raelian village in Burkina Faso, where Rael beams in sermons via Skype. These scenes are fascinating, both in the proof of Rael’s influence and the surprising amount of positivity on display. Unlike just about every other missionary to plant stakes in Africa, Rael encourages his followers to embrace their pre-colonial traditions and beliefs, and the villagers wear decorative beads to signal their sexuality and gender identity to others, with remarkably progressive and healthy attitudes toward homosexuality, polyamory, asexuality, and other diverse identities. What’s more, the Raelians are staunch advocates against the still-pervasive practice of female genital mutilation, and set up a “Pleasure Hospital” where doctors gladly reverse the procedure. Still, as Shamir notes, something doesn’t seem quite right with the organization’s relentless smiles and autocratic power structure, and he finds himself returning to his mentor, UC Berkeley theological professor Daniel Boyarin, on what makes a cult vs. a religion, and whether he’s right to be leery of these beaming, free-loving UFO contactees. 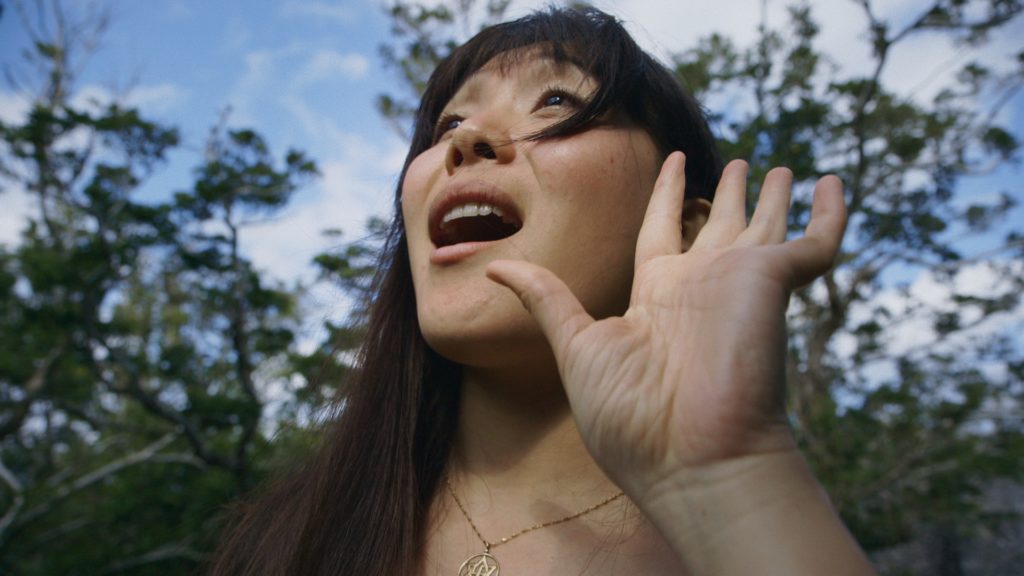 One thing that should be clear going in is that The Prophet and the Space Aliens is less a Bikram-style expose of the sect and more of a cockeyed study, both of Rael as a character and of religion as a concept. Of the former, there is no shortage of material; as one might imagine, the leader is an endlessly colorful character, with his pure-white robe/jumpsuits, perfectly waxed mustache, and impromptu folk concerts. In one particularly memorable scene, we see Rael approached by a Mormon missionary walking down the street, prompting a hilarious sort of Dueling Banjos in which the two try to worm their hooks into the other (the encounter ends a stalemate, with Rael musing “He could not have found a worse possible person”). But it’s the latter that proves itself surprisingly resonant. In Shamir’s conversations with Boyarin, the professor takes a bemused stance, cautioning Shamir to avoid prejudicial use of the word cult (he compares it to the old adage that “language is just a dialect with an army”) and ultimately concedes that, if it does its followers good, it ultimately may not be particularly worse than any other religion.

Yet there’s something a little unsatisfying about this non-judgemental approach. For all the talk about sex-positivity, there’s something undeniably unseemly about a sixtysomething French horndog preaching free love while partying with a bunch of gothic Lolitas (Boisselier’s defense that women “know when they join that they might have sex with Rael” doesn’t help things). And while their crusade against genital mutilation is noble, I would have liked a little more information about how medically sound the “Pleasure Hospital” was (we do learn that it was shut down by the local government after just 25 operations, largely due to their practice of preaching to their patients before, during, and after the surgery). Shamir (whose presence in the film is occasionally obtrusive, albeit likable) clearly takes the group with a large grain of salt, and does speak to a couple of former friends and followers who detail some of the sources from which Rael copped his astro-theological mythology. Yet whether due to lack of investigation or culty stonewalling, one can’t help but feel like we’re missing some of the picture.

Still, one can’t deny the loony spectacle of the whole thing, and some scenes, such as the animated retelling of Rael’s origin story, must be seen to be believed. And despite the ickiness of it all, there’s little denying that the Raelians seem to have done at least some good in the lives of their followers (particularly in Burkina Faso, where their brand of sexual liberation stands in stark contrast to the local theocracy). In a final message directly to Shamir’s camera, Rael implores viewers to ask themselves, “What if it’s true?” It very clearly isn’t, but the fact that people like the Raelians walk the earth is, in its own way, as strange and wondrous as any space-Jesus tall tale.

North American premiere at the Fantasia International Film Festival – See our ongoing festival coverage here!
For information about further screenings or release plans, check back on the film’s official website, or follow it on Facebook or Instagram