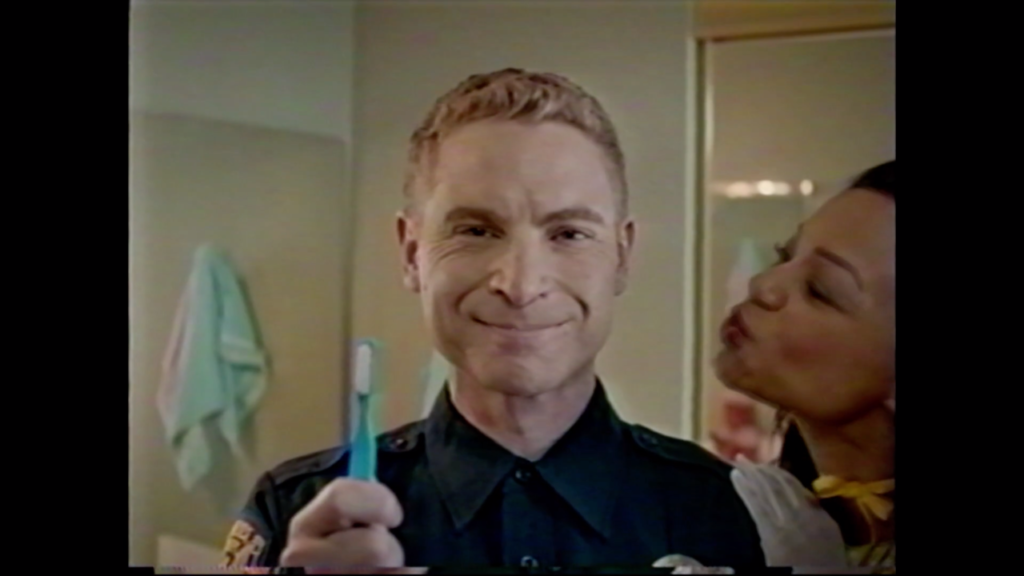 In the 21 years since The Blair Witch Project made its Sundance debut, found-footage horror has become one of Hollywood’s most prolific (not to mention lucrative) subgenres. Less common, but no less intriguing, is found-footage comedy. Distinguishing itself the classical Christopher Guest-style mockumentary with its deliberate use of VHS-era signifiers and heightened sense of detached irony, found-footage comedy draws its laughs from the same well of unease as Blair Witch and its followers. The standard-bearers for this peculiar sub-strain are small-screen surrealists like Tim & Eric and Derrick Beckles (whose notorious TV Carnage DVDs are made up of actual found footage), but few examples can be found in the world of feature films (the only one that springs to my mind is Trash Humpers, but I’m aware not everyone finds that movie as hilarious as I do). It’s a reasonable conundrum: how do you take such a knowingly ironic form and apply it to a sustained, narrative story?

The answer, at least in the case of the Quinn Armstrong’s Survival Skills, is almost something of a bait-and-switch: what starts as a campy parody of ‘80s educational videos slowly morphs into something stranger, to the point where one wonders if it can properly be called a “comedy” at all. The result is a film brilliant, unique, and absolutely not for the faint of heart.

Things start simply enough, with the familiar tracking lines, analog fuzz, and cheaply constructed set of a third-generation VHS dub. A square-jawed, onscreen narrator (Stacy Keach!) turns to the camera to address you, the newest recruit to the Middletown police force. The narrator directs you to his own video screen, where he introduces you to your avatar: rookie officer Jim Williams (Vayu O’Donnell), also on his first day. Clean cut and perpetually smiling, Jim meets his partner Allison (Ericka Kreutz) and excitedly learns the ins and outs of policework, from traffic stops to knife attacks. Jim hasn’t been on the force long, however, before the narrator’s job wheel lands on “domestic disturbance,” sending him to mediate a dispute between Leah and Mark Jenning (Emily Chisholm and Bradford Farwell) and their teenage daughter, Lauren (Madeline Anderson). Jim tries to maintain his sunny disposition, but he finds himself haunted by the obviously abusive situation. Against the protestations of Allison, his chief, and even the narrator (who tries to right the course multiple times by rewinding the tape), Jim veers off script and becomes personally involved with the case. Soon, Jim realizes that all the smiles and silly acronyms in the world can’t prepare him to try to fight for good in a system designed to crush the will of “good cops.” 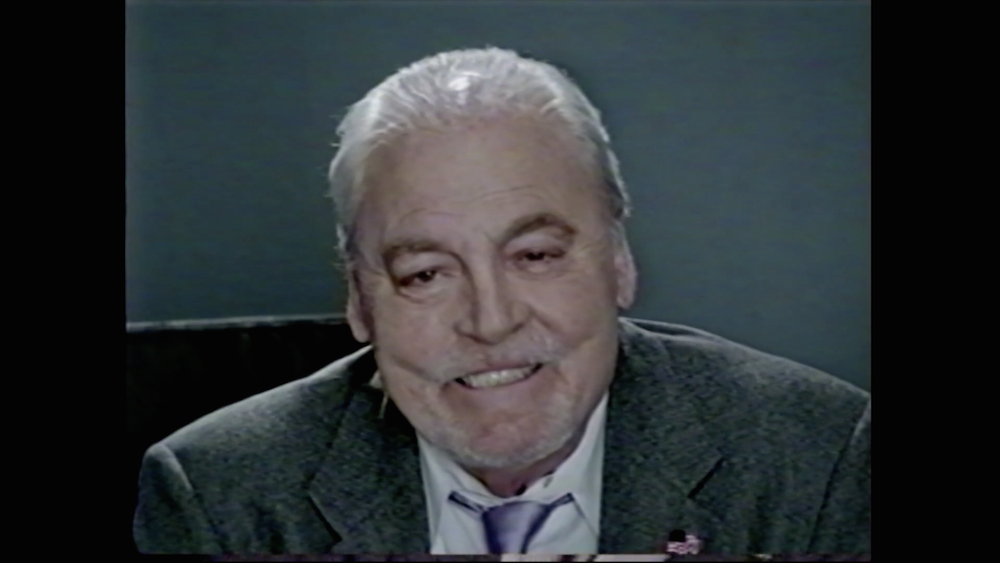 To put it mildly, I was in no way prepared for Survival Skills. I knew it was going to be dark, of course; satirical filmmakers have been exposing the seedy underbelly of kitschy suburbia since at least Sam Fuller, with The Naked Kiss. But few go to quite such extremes as Armstrong does here. Survival Skills begins around the level of Amy Sedaris’ acid afterschool special spoof Strangers with Candy, using its saccharine-sweet exterior as a Trojan horse for left-field raunch. As the plot continues, it winds up closer to the Rodney Dangerfield scenes from Natural Born Killers, with the laugh track continuing over overtly malevolent threats. And then Survival Skills just keeps going darker. By the time Jim asks Lauren to describe her father’s abuse, his ear-to-ear grin has vanished from his face– and so will yours. Not for nothing is the film sponsored by the Good Shepherd Shelter; when the focus turns to domestic violence, it is deadly, deadly serious.

Which makes it all the more remarkable that the funny parts are truly, hysterically funny. O’Donnell plays his naive protagonist as a sort of Stepford-dude version of Anthony Perkins, his plastic smile and aw-shucks everymanisms occasionally cracking just enough to reveal the terror inside. In between the developing storyline, we’re treated to hilarious standalone bits, such as a scene where Jim is paired with an overzealous combat instructor, or one in which he’s sent to break up a “Satanic” Dungeons & Dragons session (“If I come back here, and you don’t have at least one decent, American hobby, I will put you in jail for the rest of your life!”). Armstrong has clearly done his homework, perfectly matching the hokey, smarmy tone of the instructional videos which have long circulated as unintentional comedy objects among the tape-trading cognoscenti. It takes a deft comic touch to successfully recreate the charms of the so-bad-it’s-good; it takes a truly talented filmmaker to then add in genuinely affecting character drama.

Of course, if Survival Skills existed solely at these two extremes, the whiplash would likely be too jarring to bear. What strings it all together is the layer of surrealism that lies beneath the surface of both the comedy and the tragedy, placing the entire narrative into a Lynchian sort of dream state. “Normal” in Middletown exists in a sort of artificial dream state. Jim’s girlfriend Jenny (Tyra Colar) is perpetually mixing homemade jam and wishes him “Luck!” as he leaves for work; when Jim comes home bloodied and bruised after a run-in with a sinister biker, she smears jam on her face and chirps, “Now we’re the same!” It is this ethereal, heightened reality that allows Survival Skills to blindside you; at any given moment, it could plausibly tip one way or the other into harrowing real-world violence or slapstick comedy– and maybe back again.

Survival Skills is kind of an astonishing film; it pulls narrative moves which I’ve rarely seen attempted, and the assurance with which it sticks the landing will hit you square in the gut (the best point of reference may be Dino Stamatopoulos’ cult cartoon Moral Orel, which began life as a snarky Davey & Goliath parody but got grimmer and grimmer, to the point that it was cancelled by Adult Swim for being “just too depressing”). I highly recommend it whenever it becomes available, but be warned: this is strong stuff, jet-black camp which pulls no punches. If you’re looking for a light, fluffy comedy (or if you’re sensitive to discussions of domestic violence), you’ll probably want to look elsewhere; this is more Man Bites Dog than Reno 911. If, on the other hand, you’re looking for truly dangerous comedy, seek this one out. Survival Skills is one of the most original comedies in ages– though you may spend more time gasping than laughing.

International premiere at the Fantasia International Film Festival – click here to follow our ongoing coverage!
For updates on this film’s release check back on its official website