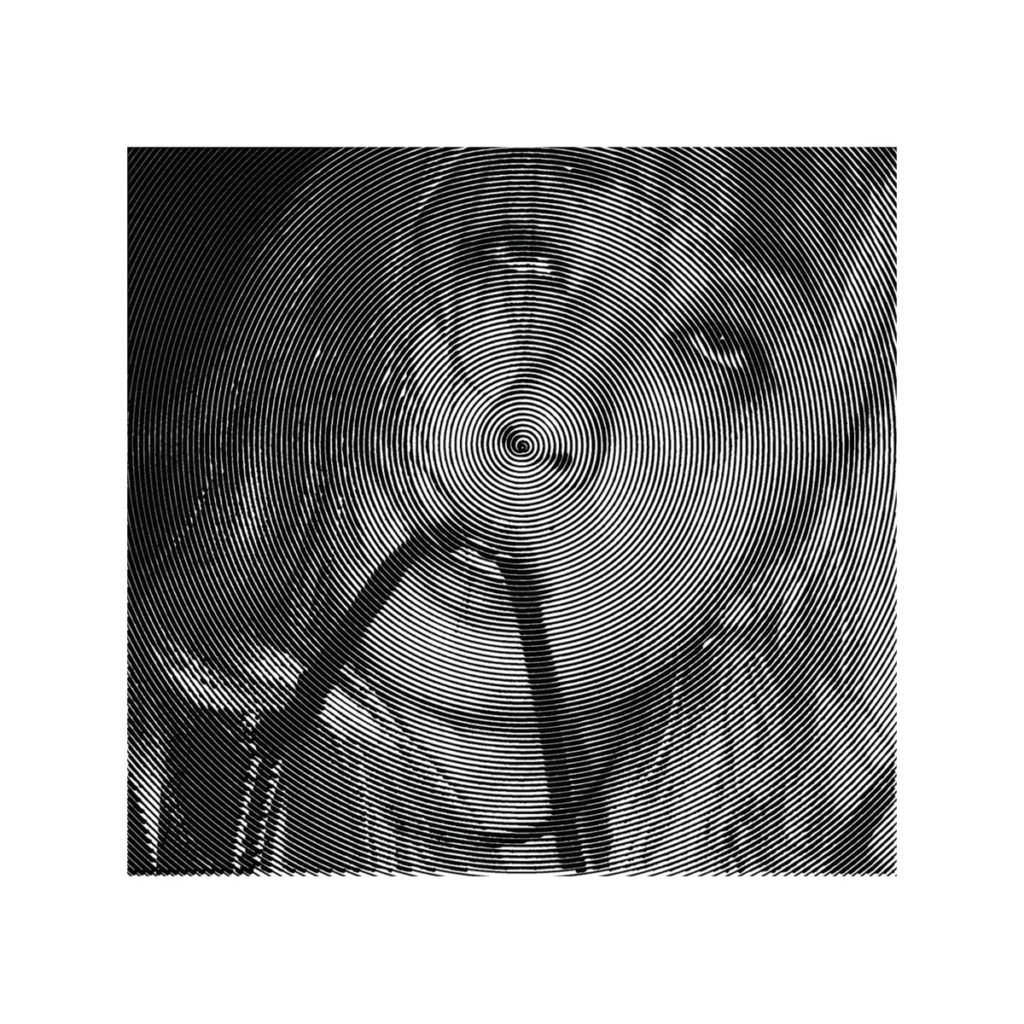 Victoria Shen seems to like synth sounds that eat their way through your ear canal, that shriek and scream with their deepest throaty growl. I’ve always been aware of that mysterious genre – “NOISE” – seeping through the headphones of people who seemed cooler than me. But I, with my head firmly lodged up the ass of pop/rock song structure, never fell fully into that world despite bits of it popping up here and there. Victoria expressed her delight that maybe this was the record that did it for me when we spoke a few Fridays ago.

I had driven out of state to hike alone for a few days, and parked one night to sleep in my car. There I was, very late, wandering the streets of a totally unfamiliar town when it started to rain heavily. I ducked under the entranceway of a dilapidated church and ended up listening to Victoria’s new album Hair Birth. The eerie setting added depth – clarity – to my listening experience, mostly because the music feels like it’s erupting from the center of a psychotic altar. Track 1, “Current Affair”, contains the sounds of a thousand demons all butting heads at once. Their screeching felt as solid as the steps I sat on as it churned its way through my brain, guzzling every crevice in my head. At this moment, I was certain of two things – that the devil has a daughter and that she apparently has access to a pretty sweet home recording setup.

When we spoke, it turned out Victoria was thankfully not the daughter of Satan, but a totally engaging and extremely inventive musician. She had just moved back to her hometown of San Francisco the day before and was in the middle of laser-cutting synth front-panels when I called, still undecided on a color scheme (orange/black vs. mother of pearl). We talked about hummingbirds, quitting caffeine, and newgrounds.com
before I asked the most burning question I had – how do you go about building a structured track from such a wide array of synth sounds? Where do you begin??

Victoria says she builds up a log of interesting sounds in her head as she performs, discovering in the moment and filing them away for later use. From there, she says, the next phase of creation is to decide which timbres and textures mix well with one another. Victoria is adamant about her choice not to record the human voice in her songs, as she feels that understandable lyrics can undermine and distract from the focus of her work.

In Hair Birth, the fragility of the human voice does seem unnecessary – and in the absence of human sound the machine takes the spotlight. You’re able to assign a story of your own to what you’re hearing. Personally, listening to track 4, “Funhouse Mirror Stage”, I hear an alien lifeform tune through a radio while sitting in the pilot seat of an erupting rocket. A twitching rat squeaks through a crack in the wall and is engulfed by the white hot burn of the rocket fuel. Yet the flaming rat continues to flop around, half-alive. In track 5, “Bolete”, a possessed computer tries to recognize a possessed flash drive. Eventually, they join in harmony with one another. This is the kind of love story I truly crave in music, told without a single word. Eventually, listening to Hair Birth, I reached a point where the only words I needed anymore were screeching through my head and juggling steely bubbles down my spine.

Victoria tells me she hates to put artistic work on the backburner, so the cancellation of her planned Europe/Japan/Australia tour this summer was a huge drag. But it opened up a window for her to move back west, her original home – a place where, as she puts it, there are deep artistic depths to plumb. She feels the creative culture of the east coast can be claustrophobic, whereas “people just say and do shit in San Francisco”, unafraid to be their true honest self. She loves the film scene out there, too, expressing an admiration for explo films, horror, and Kenneth Anger, who is apparently still alive and kicking at 93.

This makes sense to me. Though I enjoyed the couple of Kenneth Anger films I’ve seen, I can understand how one would initially view his work as a haphazard jumble of images and music. Not dissimilar to the way in which a pop/rock idealist like myself might approach a record like Hair Birth. To give it nothing more than a cursory glance is to see nothing more than sonic disorder. But to truly listen closely is to discover strange nonverbal stories, undetained by human words.

Take “Lissajous”, where several small birds are obliterated by a passing frenzy, or “Fever Pitch”, which, much like the film Fever Pitch, feels like someone threw a lot of little pieces in a blender and pressed “pulse”. Where the film falls flat, the track revels in its blended glory, even going so far as to toss in a few of the possessed flash drives I mentioned earlier.

Early in her career, Victoria went to manicurist school, and spent a lot of time painting little Rothkos, Mondrians and Pollocks onto the nails around her. While that sounds pretty sweet, I’m glad she ended up performing her own music – something she didn’t really attempt to do until she was 25. Hair Birth truly rocks, and it’s exactly the kind of sonic madness I like to listen to while wandering through a creepy, unfamiliar town in the dead of night.

Liked it? Take a second to support Nathan Cowper on Patreon!