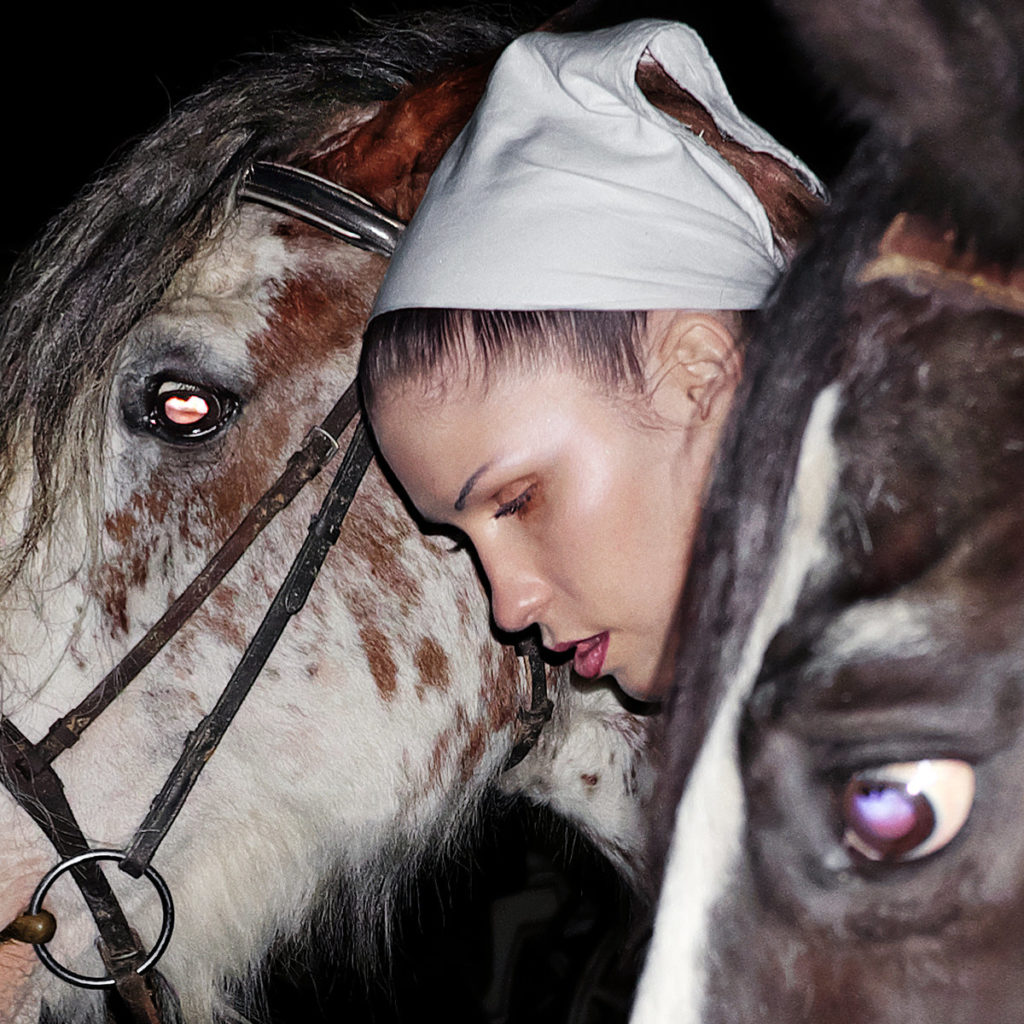 There’s a certain level of surrealness and ambiguity that comes with albums released directly onto YouTube. It’s often hard to figure out where some songs start and where others end, so, in the end, one tends to view it just as one long track. And while vocalist and multi-instrumentalist Eartheater (Alexandra Drewchin) has released her new album, Irisiri, on other platforms (e.g. Bandcamp), she elected to also release it in its entirety to YouTube.

So, for this review (partially because it’s more readily available), I will be looking at the album not just as a set of individual songs but, rather, as one 39-minute stream-of-consciousness—which may or may not be how Eartheater intended it to be consumed, but, regardless, viewing it on YouTube adds a layer of complexity and analysis that perhaps cannot be achieved through Bandcamp or Spotify.

Above all else, this video is accessible—that is, it’s free to watch, no special login or payment or signup required. It truly means something to publish music directly to a video-streaming site such as YouTube; just as Wilco streamed their groundbreaking Yankee Hotel Foxtrot on their website for free, Drewchin has decided to cast her net net over the widest audience possible.

This free streaming–lens allows the album to be viewed as one path rather than a collection of them—each track seemingly, ideologically flows into the next, telling one, unified story. It reminds of Panda Bear’s landmark Young Prayer, an album without song titles described by the artist as “one nugget of sound,” with track markers included “just to separate the sections.”

Drewchin showcases here most effectively her talent for twisted ambience—stuff that may sit well for a few seconds but, moments later, calls the song itself into question as layer on unsettling layer is piled on as a creature purely her own takes shape.

And the video pulls from a variety of different sounds. From the string-backed techno beat of about seventeen minutes in (“Curtains”) to the a capella–trap hybrid around the eight minute mark (“Not Worried”) to the thirteen minute mark’s unsettling bass swells, screeching, and distorted clips of toddler laughs (“Inhale Baby ft. Odwalla1221”), Irisiri comes off as the music equivalent of a Jackson Pollock painting.

It seems almost that Drewchin was unable to decide on just one music style or trend to stick to throughout the piece. But instead of being confusing, the choice almost makes sense. The unsettling album cover (a candid photo of an individual—presumably Drewchin herself—next to two horses) helps give it context; it’s meant to be off-putting and eclectic. It’s not idle, background music. It’s music meant to be questioned, teased apart, and put back together again.

From the start, Irisiri’s video is a sonic journey, travelling a sort of scribble-path that feels immediately complete and necessary, leaving the listener mostly satisfied at the end—knowing that what they just experienced was prime Eartheater, one part unsettling, another part beautiful, breathtaking, and complete.