We at the Hassle are great admirers of the Balagan Film Series—a group of intrepid curators who have showcased international cinema from the outward margins in G. Boston since Y2K. For their first program of September, Balagan returns to the Coolidge Corner Theatre to present nine short films and videos from the Cologne/Bonn region of Germany. The unifying theme of ‘Formal Subversions’ here implies a willful departure from traditional cinematic standards, like clear and well-defined images, matching image and sound, a logical succession of segments, and just plain genre classification. The filmmakers herein ashew these and other constricting limitations and carve out their own visions of what is good and beautiful (and what is bad and ugly) and important.

The program begins with ‘Stick It’ (2014; pictured above) by Stefan Ramírez Pérez, whose green screen-laden gaze into the minds of gymnasts portrays this flag-bearing sport of postured bodily grace in new light. Found TV footage of female Olympic athletes and the filmmaker’s own masquerades on screen are interspersed, obscuring lines between historical facts and performances. Later, Henning Frederik Malz’s ‘John’s Desire’ (2011; pictured below) digitally recreates the origin of our universe through manipulated renderings of outer space. Malz culls and collages animated introductions of film production/distribution companies from decades past to spectacular and hackneyed effect. One scene is a descendant of that transcendent ‘Star Gate’ sequence from 2001. 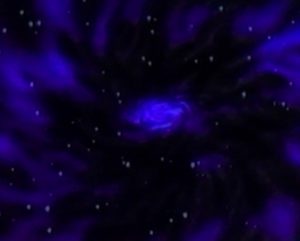 Between outer space and our space, truth and fiction, pastiche and parody, light and shadow, ideas are illuminated in these films that are often not as accessible in real life. Continuing in this vein, the closing selection, ‘Ocean Hill Drive’ (2016), documents the mundane and supernatural states of affairs in the South Shore’s Kingston, MA. The stillness and anticipation of suburbia on display is hypnotic at times, and a state of uncertainty between events as they are and as they’re reported by the town’s residents is offered for viewers to ponder over. The two filmmakers, Lina Sieckmann and Miriam Gossing, and sound designer, Tim Gorinski (who directed ‘Time in Rhythm’—another video in the program), will be present for a post-screening Q&A.

I haven’t even mentioned any of the films that will be projected on celluloid, but analog fans rest assured that Super 8, 16mm, and 35mm formats will be represented too. (Some of these filmmakers’ physical and chemical manipulations of the film itself make for additional disruptive aesthetic degredations.) I’d recommend that you go out and see this program regardless of the screening venue, but if you’ve never experienced experimental cinema on a large screen in a proper theater like the Coolidge, you should. And hopefully you’ll wish circumstances allowed cinemas to show visually and sonically stunning films like these more often.

Liked it? Take a second to support Isaac Fuhrman on Patreon!