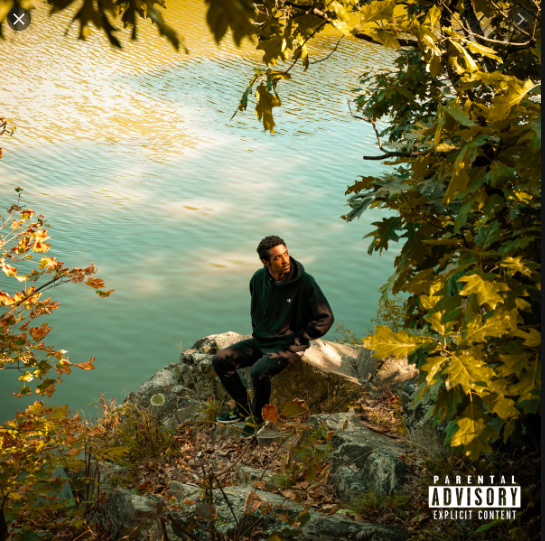 $ean Wire thrives when unpacking every nuance that comes with a relationship. Tension and conflict occurs in many exchanges, whether it be between friends, lovers or family members. Infrequent animosity can be healthy; but too much of it could fracture any semblance of a prosperous alliance.

The Dorchester hip hop artist is very aware of these circumstances on his new album Internal Dialect. He bobs and weaves his way through different cycles of an intimate relationship. For most of the project, Wire focuses on communication (or lack thereof) within a romantic situation.

While inside this complicated realm, Wire attempts to search for his own domestic happiness. At times, he delivers a life lesson or two; thus keeping listeners on their toes at every step of the way. The intro track, “Anything That Feels Right,” begins with the call for “less talking, more action,” something that Wire finds difficulty with in the beginning. The song’s spacey R&B drums and estranged vocal melodies denote a sense of frustration and eerie solitude.

Wire’s lyrical emptiness and isolation is oftentimes integrated into Gospel-tinged soundscapes reminiscent of a dazzling Sunday service. “Portrait Mode” may appear peaceful on the surface,

but there’s surely a dim current festering beneath this supposed contentment. There’s also a hint of lust underneath pretty piano riffs and whirlwind synth lines. He talks about how certain “tactics match wrecking balls” with a frightening reality that the bottom may not be as far away as he thinks.

That same unhinged mentality emerges in more transparent occasions, particularly on the urgently metaphorical “Origami” (“She mastered the craft of origami, comparing this next to her past, then folded on me/Settle it down before we crash, in a ditch”). Wire clogs the track with confusion and ongoing turmoil, whether that be from money, love or both.

Those physical and mental compulsions that normally stem from materialism are steadily suppressed as Wire does his best to rebuild what’s left over from past tribulations. This undying mission for self-actualization develops erratically from time to time; sometimes within the same song.

At one moment on “Sliced Lemon/Outlandish,” Wire is stuck in this cynical cycle of self-doubt where issues are imminent and needs are intertwined with wants. In another instance, he’s re-establishing himself as a knowledgeable poster boy for “turning nothing into something.”

Very rarely is Wire propping himself up on a pedestal though. He’d much rather remind listeners of his stark independence, and reliance on the important aspects of life. He aptly details this on “Where I’m At/Outlandish,” a wobbly two-parter where money’s temptation seeps into his brain like a short-term addiction (“I need my digits/I had a dream, it was so vivid/Vice are tempting”).

The album’s strongest moments transpire when Wire cordially invites his listeners into his Salvador Dali-esque headspace. “Freedom” and “Egyptian Musk” practice surrealism in the most atmospheric way imaginable (especially the former). Those aforementioned temptations consume Wire’s mental landscape, as drugs and consistent numbness are the basis for uneasiness.

Wire’s in-house producer GIB DJ provides a diverse instrumental palette that ranges from celestial percussion (“Freedom” and “Anything That Feels Right”) to skeletal drum programming (“Her Beretta”). The Dorchester native has tremendous control of his voice, as evidenced through “Portrait’s” vocal transgressions and “Pull Up’s” arpeggiating melodies.

Below all of this internal tug-of war, Wire includes noticeable tidbits of poetry; breathing even more depth to an already vibrant experience. There’s inklings of optimism when he repeats the phrase “something beautiful is coming” at the beginning and end of this project. That alone represents the notion that internal dialect can be as colorful as Wire’s album cover, or as helpless as Dorchester’s long-winded cold months. Nothing is black and white.