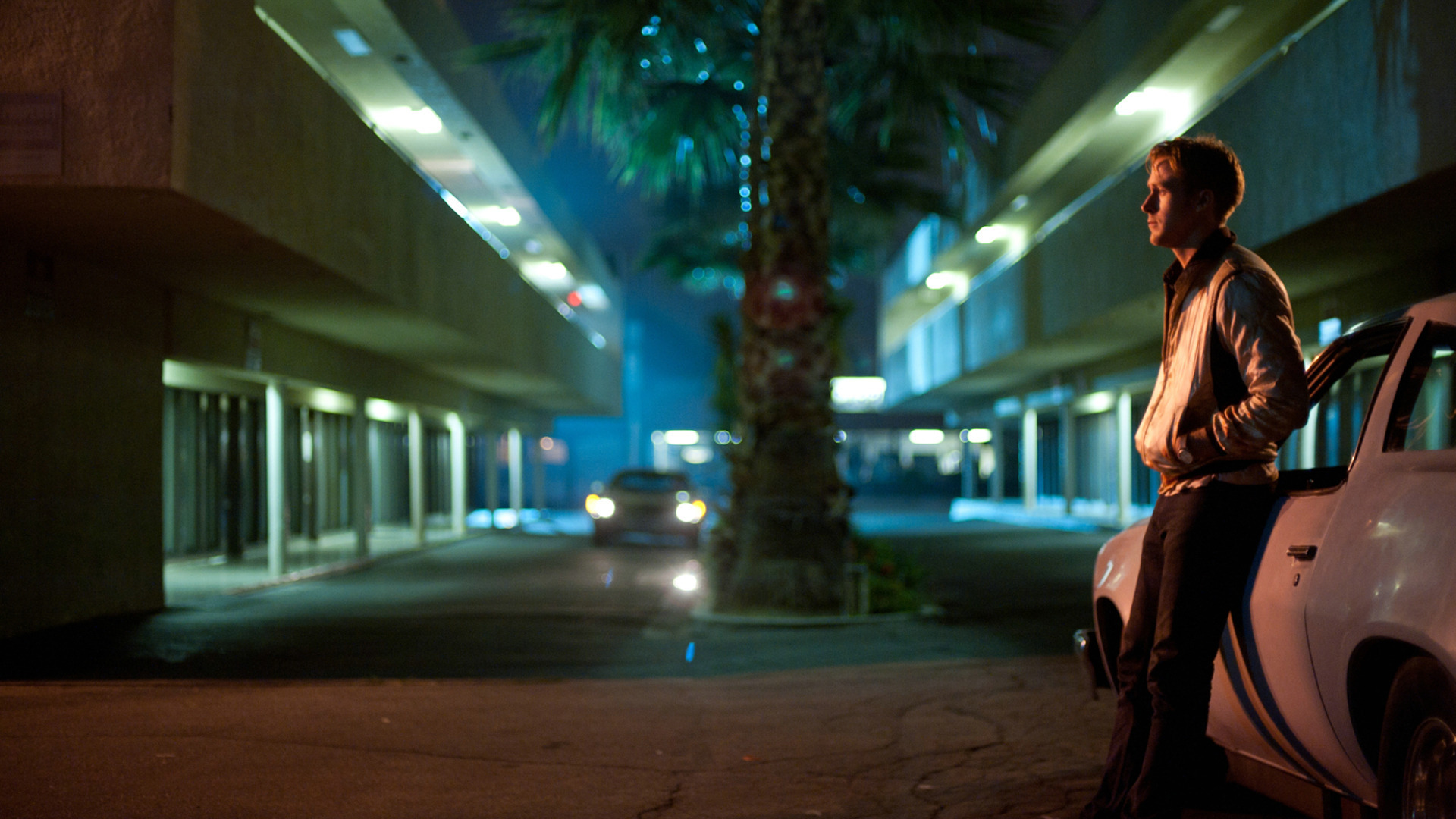 “A real human being, and a real hero.” I don’t think I could describe how much I absolutely adore the opening of Drive. The film starts with a getaway executed by a couple of no-named robbers and driven away by the Driver (Ryan Gosling) in a perfectly executed scene of pure tension. This is then followed by a beautifully overhead shot of the Driver driving through a neo-noir LA with College and Electric Youth’s “A Real Hero” playing as the credits pass us by. These first 10 minutes set up what is Nicolas Winding Refn’s best film, and, in my honest opinion, a complete masterpiece. Refn’s Drive follows Ryan Gosling as the Driver, a car mechanic and Hollywood stuntman by day, and a getaway driver by night, as he navigates his way through the LA crime scene, in the most neon and technical fashion imaginable. While the Driver tries to turn his life around and out of crime, he starts to fall for his neighbor Irene (Carey Mulligan) and becomes a part of her family. Their dynamic is interrupted and thrown out of control as her husband Standard (Oscar Isaac) is released from jail and brought back into the picture. While all this is happening, Shannon (Bryan Cranston), the shop mechanic he works for, is trying to set up a racing ring for cash, for which he wants the Driver to be the racing leader. This leads the Driver deeper into a world of crime as he tries to protect the one he loves.

City lights pulsating, the slow burning thriller of Drive is everything it needed to be. It’s dramatic, yet not over the top. It’s not always gory, but when it is, it’s horrifying. It’s thrilling, but never gets stale. This is a Refn masterpiece. Masterfully crafted to be more seducing than bombastic, Drive draws you into this world of crime. As the Driver spirals down the neon-lit crime world, so do we the audience. Every shattered bone and every emotional moment is resonated in such a way that will shock you, no matter how many times you’ve seen it. With all of this, you also have such an incredibly talented and ridiculously great cast, with not only the names listed in the previous paragraph, but also the likes of Albert Brooks, Ron Perlman, and Christina Hendricks thrown into the mix. This all-star cast rips right into the heart of the dark underbelly of LA, creating a sense of paranoia throughout. Who is the hero of our story? Is the Driver a hero or a vigilante to be hated? Refn lets us decide for ourselves as we watch the action unfold, and that is where the brilliance of Drive is. This isn’t an easy film to swallow, and don’t let the trailers fool you like it did this one woman, because Drive isn’t a Fast & Furious clone. Drive is more than just a piece of art, it’s a tour through the horrors of crime and the deconstruction of the people who live in that world.

Playing at Midnight at the Coolidge Corner Theater 5/20!