As a record store clerk during the day, I’ve been in a position to acutely measure the scope of the wave of mortality that’s recently hit the music world. In the weeks following the death of David Bowie, for example, our selection of the Thin White Duke was positively decimated, even lesser-appreciated titles like Reality and Hours. Prince was even more dramatic: in the space of three days following his demise, our online sales of the Purple one approached $2000. Less breathtaking, but no less noticeable, have been the uptick in sales of Motorhead, the Eagles, Merle Haggard, Pierre Boulez, and even Gato Barbieri’s soundtrack to Last Tango in Paris. All of which has provided me and my coworkers with a rather morbid topic of conversation: who will be next, and how big will they be?

The obvious first picks are the remaining founding fathers of rock: Chuck Berry, Little Richard, Jerry Lee Lewis, Fats Domino. All are great, but none will be especially shocking – a few greatest hits discs might sell, but they probably would anyway. Next come your British Invaders – Jagger, McCartney, Townshend, Clapton – but most true fans’ collections are already well-stocked with their works. A Springsteen or a Madonna would be huge, obviously, but they’re still young enough to be considered longshots. But there’s one still-living figure who looms large over the pop cultural landscape, and whose body of work is massive and varied enough to rain pure bedlam upon record store clerks across the country: Dylan. 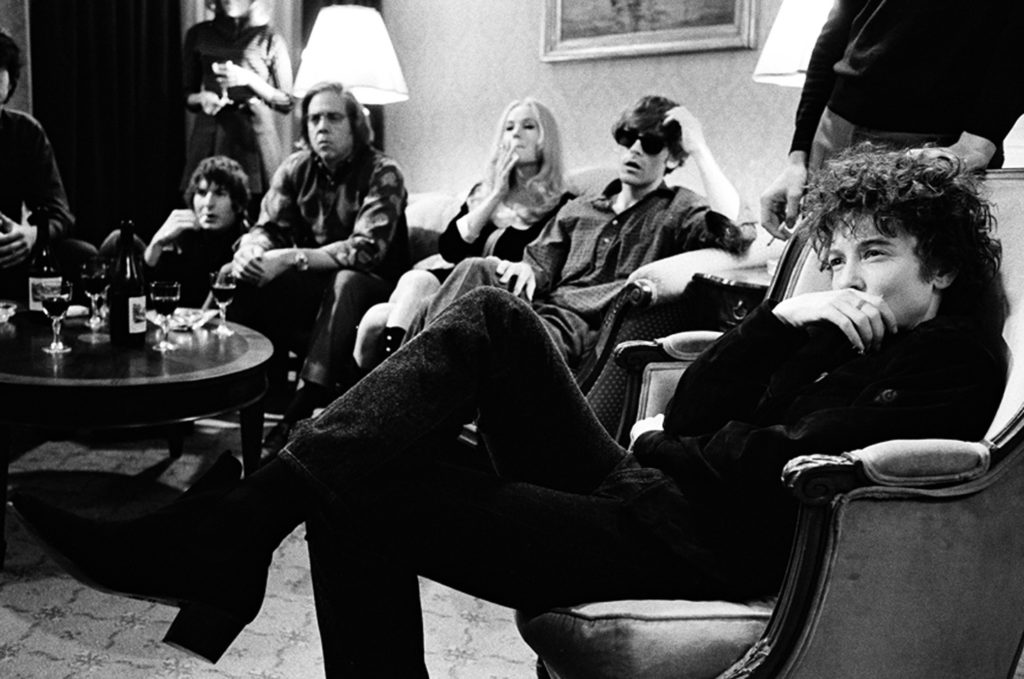 Cate Blanchett as Jude in Todd Haynes’ I’m Not There.

Like Prince and Bowie, Bob Dylan’s influence over the last fifty years of pop culture is incalculable; generations of musicians cite him as a primary influence, and countless others, consciously or not, owe him a massive debt. But also like those two departed titans, Dylan himself is something of an enigma, a shapeshifter who has inhabited enough media, musical styles, and personae to stump all but the most diehard Dylanologist. It is telling that, in the late 2000s, when reverent biopics like Ray and Walk the Line were perennial Oscar-bait, Dylan got I’m Not There, Todd Haynes’ cubist meditation in which the singer was portrayed by six different, contradictory actors.

In that film’s most famous segment, Cate Blanchett plays an androgynous version of Dylan’s early electric period, in a direct riff on D.A. Pennebaker’s beyond-iconic 1967 documentary Don’t Look Back. Beyond the obvious appeal of the stunt casting, there’s a reason this segment stands out. Following his original incarnation as an earnest folkie, Electric Dylan is the singer’s first and most famous dramatic transformation. For the space of a few years – starting with the second side of Bringing It All Back Home and lasting roughly until his motorcycle crash outside of Woodstock – Bob Dylan was the coolest motherfucker on the planet, dressed in black and singing nigh-impenetrable poetry over a balls-out rock and roll combo (which included, at various times, Al Kooper, Mike Bloomfield, and, obviously, The Band). 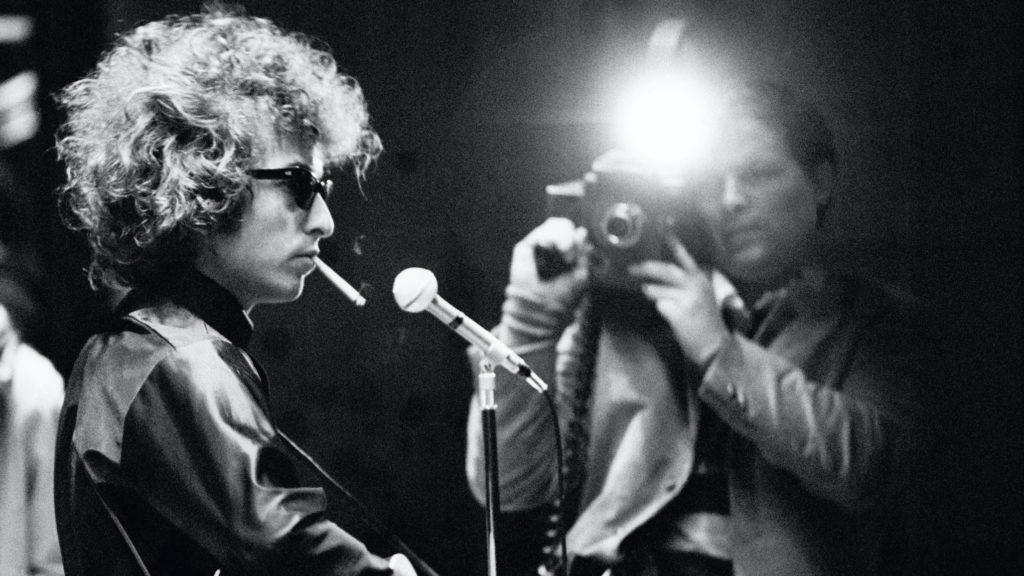 Pennebaker himself is something of a legend in film-dork circles. As part of a dream team that included Robert Drew, Richard Leacock, and the Maysles brothers, Pennebaker helped invent the cinema verite style of documentary filmmaking in 1960 with Primary. Here, Pennebaker is granted fly-on-the-wall status over the course of Dylan’s 1965 tour of England. But just as Pennebaker laid the groundwork for what would, for better or for worse, become reality TV, so too does Dylan seize the opportunity for self-mythologization. In full Capital-D Dylan mode, the singer impishly leads the cameras around the UK, spouting one-liners, staging rough-edged music videos with Allen Ginsberg, and generally being a dick to reporters (and poor Donovan). Pennebaker’s form of documentary may have been new, but Dylan knew exactly how to manipulate it to present to the world the definitive Bob Dylan.

But does Don’t Look Back show us the real Bob Dylan? To answer that, one would need a handle on who “the real Bob Dylan” is, which, despite the singer’s status as one of the twentieth century’s most analyzed figures, is not easy to do. Like Ziggy Stardust and The Kid, Electric Dylan would only survive a few more years, before morphing into Country Dylan, Gospel Dylan, Reggae Dylan, Santa Dylan, The Dylan Lurking in Your Front Yard, and countless other variants. And unlike the similarly slippery creators of those other characters, this one is still around. We may still have a Dylan or two left before us.