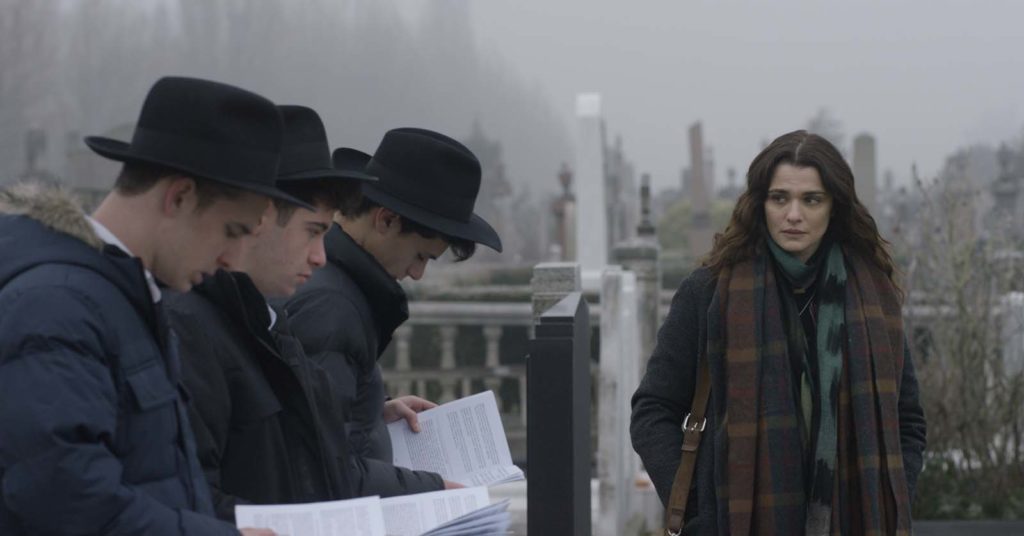 The looks that are given to Rachel Weisz’s character Ronit as she arrives at a congregation are so chilling, you can feel them through the screen. There’s a hollow, horrible feeling of awkwardness that goes along with these stares: the feeling that you don’t fit in. We’ve all felt it at some point in our life, but it’s truly stunning how director Sebastián Lelio makes it tangible—as if we, as the audience, are watching something we shouldn’t be. We are outsiders, and we are not welcome here.

This film is an honest portrayal of a passionate, forbidden love affair between two childhood friends who are pressured to hide who they are from their restrictive Orthodox Jewish society. Ronit is summoned to North London when her father, the Rav of the community, dies. Years prior, she was shunned for “inappropriate relations” between her and a childhood friend, Esti, who is now married to Dovid, another childhood friend of the pair.

With Ronit back, things begin to unravel, as Esti—who is still in love with Ronit—finds herself yearning for freedom and to express her repressed sexuality. Between secret meetings and lovemaking with Ronit behind Dovid’s back, and dwelling on the times that have past, Esti finds happiness again, if only for a little while. Esti’s character is one you feel incredibly deeply for. She is trapped in a society that is archaic to the modern mind, and is constantly forced into thinking that her sexuality is a choice, not the way she was born. “He thought marriage would save me,” she tells Ronit in tears.

It’s a brilliant film that makes you feel cold, in both the atmosphere and the darkened cinematography. It’s in the anxiousness that lurks behind every word Ronit and Esti exchange in an alley or under their breath as they walk through the London winter twilight together. The overall mood of the film makes you feel unwelcome and worried—but in a good way. It makes you paranoid, because somebody in this community is always watching, always waiting, and nobody is safe from tattling.

Despite the claim that they are a loving community, everyone is willing to turn on their neighbor if they spot each other doing something that they believe is wrong. That, paired with the shunning of Ronit years earlier for her sexuality, makes you question the basis of this community’s beliefs. They do not seem so loving of one another after all.

Throughout the film, I was nearly yelling at the screen in frustration at the repressive and ignorant views that this community had on something as simple as love. You will, too. That’s the point—the acting is so well done, you begin to hate the community for the way they treat Ronit and Esti, as if they under suspicion for a crime.

Disobedience is a brilliantly poignant film that tests boundaries and faith. It tests your patience, makes you worried, and encompasses you in a dark story in wintertime in North London—but that’s not the coldest part about it.