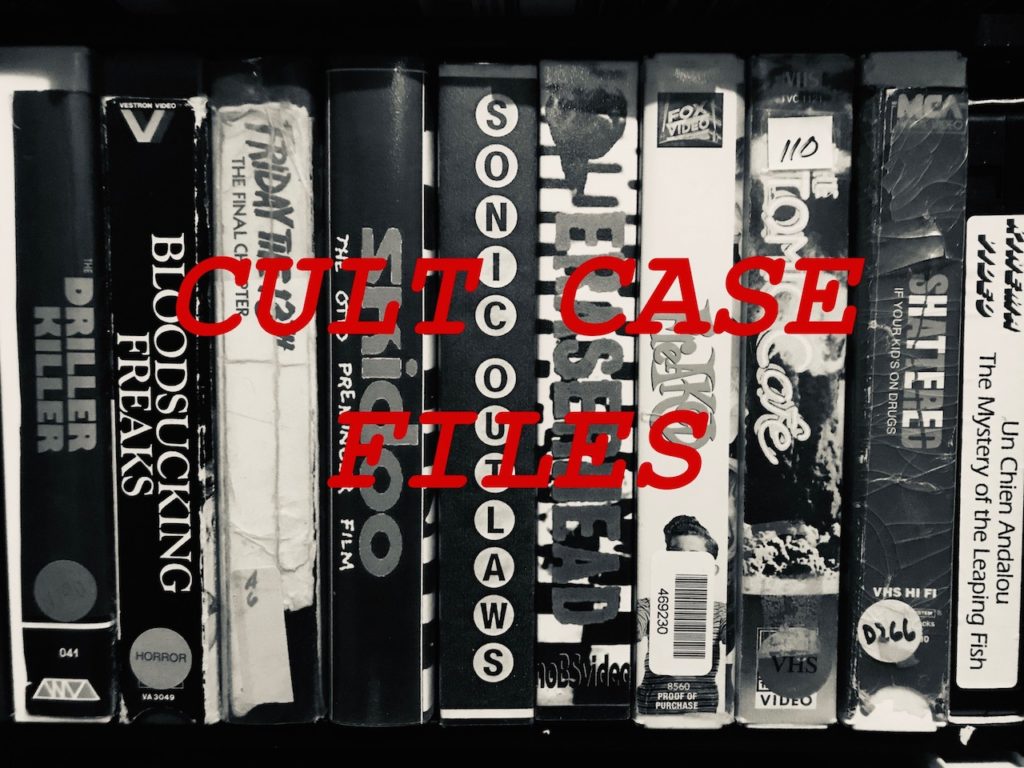 In Cult Case Files, we shine a light on cult classics of the distant past, the alternate present, and the possible future, and try to get a bead on just what the words “cult classic” actually mean. To browse the full series, click here.

At this point in my life, I know that I should be above getting all hot and bothered over ranked movie lists. Taste, after all, is subjective; all canons are illusory, and lists are nothing more than an idle activity for pedantic fans and video store clerks at heart. What’s more, the “listicle,” as it exists within the sphere of contemporary online journalism, is designed to foment debate. The idea, in most cases, is not to create a thoughtful, canonical ranking. It’s to log an evergreen article and bathe in the retweets, whether they be appreciative or snide. If I get mad at a list, I’m playing into their hands. A hate-click is still a click, after all.

Nevertheless. Last month, sports-cum-pop-culture blog The Ringer posted a list entitled “The 50 Best Cult Movies,” and I haven’t been able to get it out of my mind. It’s not that it’s bad, necessarily; I like most of the movies on the list, and there are only a few which I would out-and-out disqualify from the term “cult.” Yet there’s something undeniably off about it. For starters, there are the omissions (a key factor in any list’s discussion cycle). There is not a single film present directed by John Waters, which right off the bat should clue you in that you need to rip up your cult film list and start again. Also absent are such iconic cult filmmakers as Ed Wood, Russ Meyer, Alejandro Jodorowsky, Pedro Almodovar, or Herschell Gordon Lewis. There’s no blaxploitation, no kung fu*, no documentaries, no banned films. There’s nothing made prior to 1971. Bafflingly, it doesn’t even include Tod Browning’s Freaks, one of three films featured in the article’s own header image. By my count, there are four films made by people of color (one of which, it must be noted, is Super Troopers), and only one by a female director (American Psycho). Put charitably, the list is decidedly incomplete. Less generously, this is a list of the 50 Greatest Dorm Room Posters of All Time. 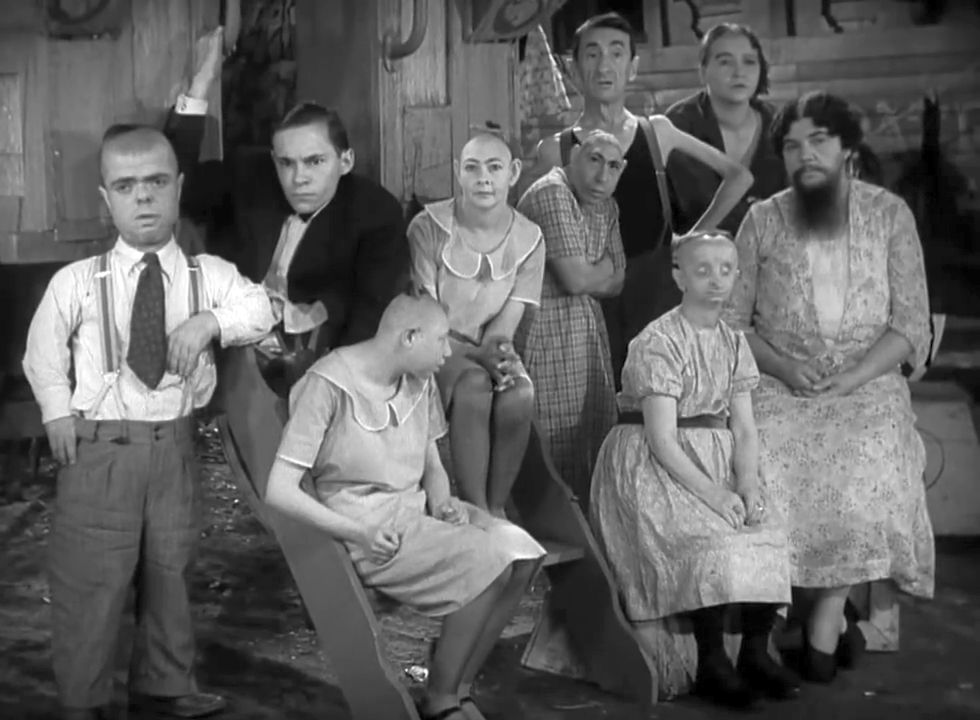 It’s an honor just to be nominated.

But there’s something deeper that bothered me about this list, something which took me a few days to put into words. It’s not just that the list takes an extremely narrow, cis-het-white guy’s definition of “cult.” It’s that, even if you take into account that this list is tailored to its reader (which is to say, someone who gets their film criticism from a sports blog), there is very little here that that reader is unlikely to have heard of. “Cult” is obviously a nebulous term with no set definition; The Ringer seems to largely define it by the gulf between a film’s initial reception and the intensity with which it is beloved today, which, to be sure, is an essential component. But just because a movie has a cult, does that necessarily make it a “cult movie?”

Just as important, I think, is the countercultural aspect. A true cult film, generally speaking, is not something you’ll find right out in the open. It’s something that’s passed on to you by a wild-eyed friend who drags you to a midnight showing, or drives to your house to shove it in your VCR, or emails you a Youtube link, insisting with missionary zeal that you have to see this. Or maybe it’s something that you hunt down through obsessive research, scrolling through an ancient blog or paging through a dogeared video guide, bookmarking titles that sound too weird to be believed. Or maybe you do stumble across it, but it’s late at night on a low-wattage channel or one of those weirdo free Roku apps, and you sit there with your jaw hanging open, trying to figure out what the hell you’re watching. A good cult movie isn’t just a movie with a cult following; it’s a movie that makes you sound like you’re in an actual cult when you talk about it.

All of this got me thinking about the state of cultdom in the very online age. With the millions of niche forums from the Old, Weird Internet replaced by a handful of social media megasites, it’s getting harder and harder to come across opinions that deviate from the norm; if your post doesn’t go viral, you might as well be shouting into the abyss. What’s more, streaming services, with their shrinking libraries of catalog titles and their increasingly oppressive algorithms, threaten to decimate the common knowledge base. In the heyday of the video rental store, anything that had ever been releases on video was out there somewhere, and damn near every town in America was in striking distance of four or five different shops with their own unique libraries**. Today, any given film is only as available as its distributor deems profitable at that moment. A current freshman film student was six years old when Netflix went digital. What happens to all the classics– cult and otherwise– to which they’ve never had access? 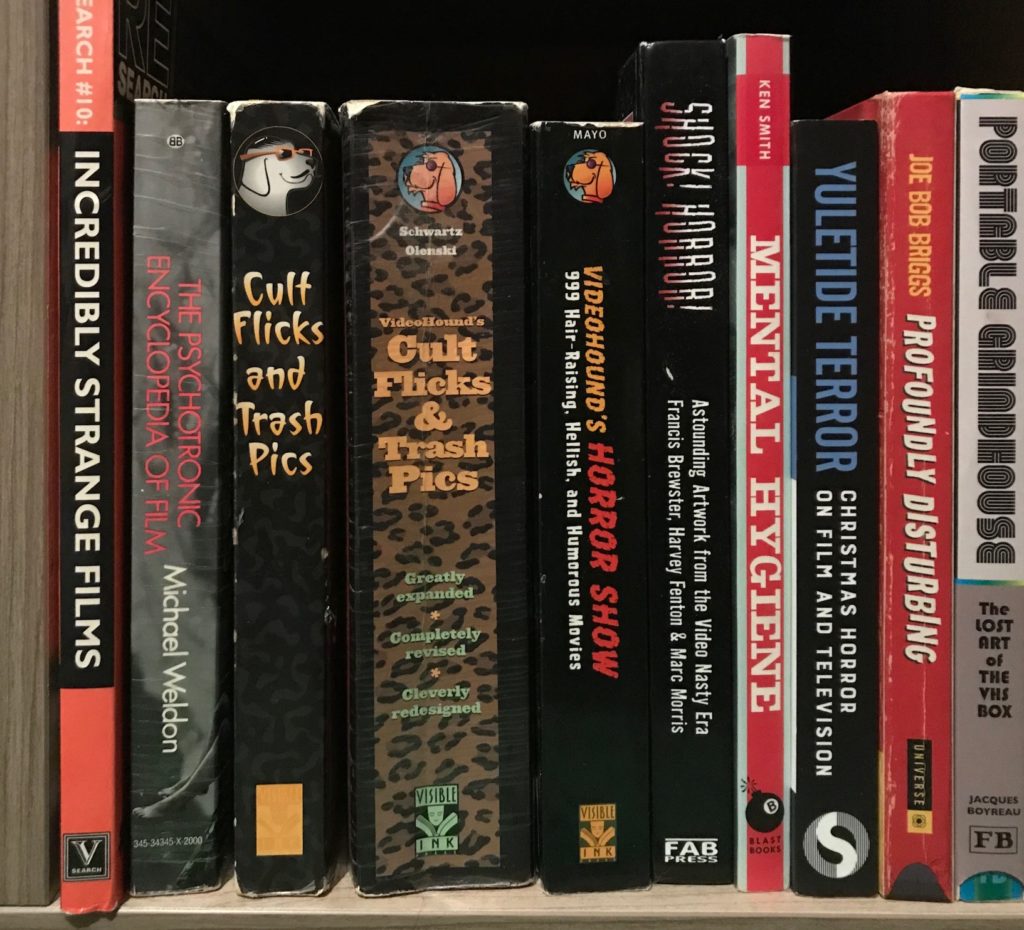 Which brings us, at last, to this column. Cult Case Files is a new, bi-weekly column in which I will travel to the darkest, dingiest corners of the cult movie ecosystem. In the weeks and months to come, I hope to shine a light on cult (and cult-ish) films which, for one reason or another, seem to have fallen by the wayside. As always when discussing the genre, definitions will be loose, but in general I suspect titles will fall into one of three categories:

To be clear, my aim here is not to try to press some ironclad definition of “cult,” because there simply isn’t any such animal. More than perhaps any other genre, the term is inherently subjective, and, as the Ringer list can attest, any attempt to pin it down will be doomed to folly. By that same token, I fully accept that readers of this column may themselves get agitated– may lambast my exclusions, or accuse me of improperly applying the label to films undeserving. And that’s fine! True to its name, cultdom inspires rabid devotion. That being said, I am right.

One final note: unlike Cinema Quarantino, our ongoing series of plague-times streaming recommendations, I cannot swear that every film included in this column will be easily accessible by conventional means. At the end of each installment, I will do my best to lay out your best options to track down and watch the film in question. Some will probably be streamed fairly easily (though I don’t suspect we’ll see many on the Big Red N); some might only be available on physical media (albeit possibly out-of-print, or possibly not-quite-legal); and some might be completely unavailable, give or take a dodgy Youtube upload. I’ll admit, it’s kind of a drag, but again: if it were easy, it probably wouldn’t be cult.

What this column is, ultimately, is a personal exploration of a peculiar codifier, which has meant many things to many people for as long as people have been going to the movies. For me, it’s been a beacon, guiding me in my evolution from a dopey kid wandering the aisles of my local video store to the snotty film editor of a punk rock webzine. If nothing else, it will give me an excuse to dig up and muse upon some of the wildest gems I’ve found along the way. So join me– and maybe a cult or two while you’re at it.

* – There are two martial arts movies– Bloodsport and The Raid: Redemption— both of which happen to be directed by English-speaking white guys.

** – There were, of course, titles which never even officially made it to VHS, but that’s a topic for a future column.

NEXT TIME: We kick off the column in earnest with a cult classic which matches almost no one’s definition of “cult classic.”