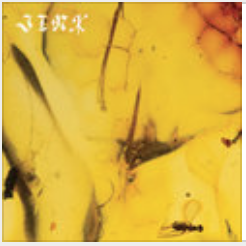 Jinx, Brooklyn-based band Crumb’s first full-length album, further cements themselves as one of the most psychedelic independent bands out there. The quartet met while attending Tufts back in 2016, though Jinx was produced in Brooklyn. This album showcases Crumb’s unique, hypnotizing sound that lulls you to sleep with increased feelings of anxiety. The 10 songs on the album all flow together nicely–the band clearly knows their sound well. They keep it short, too, as all the songs on the album clock in under four minutes.

There is something distinctly horrific and magical about Crumb’s sound that is mostly supported by the warped siren-call of the lead singer, Lila Ramani, made even more siren-like with the band’s ‘70s-inspired synth and keys. There is an “I Am the Walrus,” “Magical Mystery Tour” quality to every song that winks at LSD (I’m fairly certain all members of the band are familiar with this drug.)

But, the album lands with an added level of horror, as if “Magical Mystery Tour” turned into “Midsomar” halfway through. The repetitive lyrics of the eighth song on the album, “And It Never Ends,” echoing ‘and it makes me tense/ and it never ends,’ over and over again best demonstrate this trippy sort of thriller scene that is still weirdly a good time to listen to.

Other songs on the album also demonstrate Crumb’s psychedelic properties: “Nina,” the second song on the album, definitely cranks up the creep factor, a sonorous lament about a girl trying to calm her nerves. Crumb has mastered how to make the world spin slowly–almost all the songs, excepting “Ghostride,” are lethargic ballads. But Crumb’s ballads cast a powerful sort of dark magic, that draws you back in, awaiting another LSD-inspired melody.