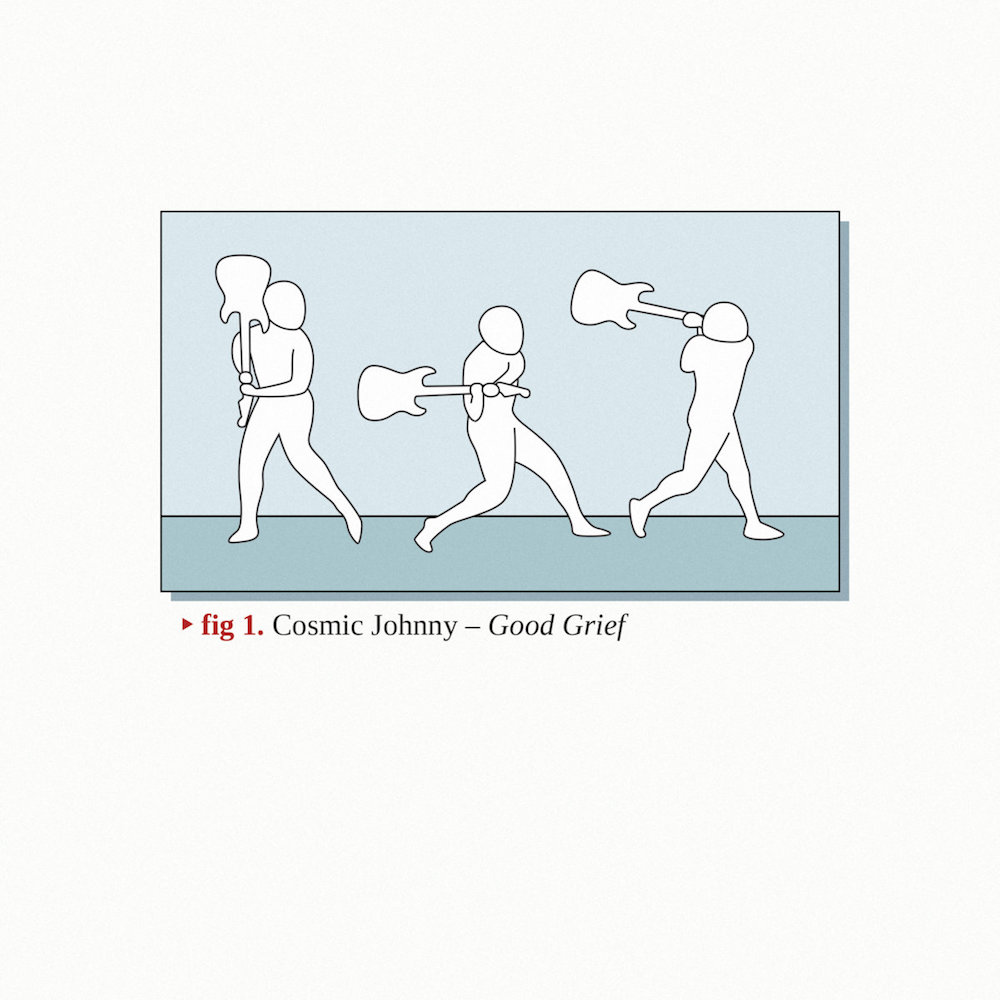 Self-proclaimed “3 a.m. existential rock,” Boston’s Cosmic Johnny hits hard with their latest release, Good Grief. The band’s first full-length album, Good Grief does what any good indie rock record does—causes an immense amount of self-reflection. And while that may provoke you to cry, at least you’ll feel comforted by Cosmic Johnny who’s right by your side.

“Hell is a Basement” assists in kicking off the album and acts as an anthem for Allston’s basement scene: “Drink up and face it / Hell is a basement.” The starkly candid lyrics—present not only in this track, but in the entirety of Good Grief—are the brainchildren of lyricist/singer/guitarist Mike Suh. Every word works to honestly document relatable states of being. These states include, but are not limited to: states of unsettlement, coming to grips with the unknowable, and the perpetual state of confusion we all encounter as we stumble clumsily through life. Self-referencing “Houston,” calls out “Ground control to major fuckup” as Cosmic Johnny copes with our seemingly insignificant existence (“We’re all alone in outer space / They won’t remember all the messes we’ve made / We’ll disappear without a trace.”

Outside of the pertinent lyricism, Cosmic Johnny fills the dark jangly indie pop-shaped void in Boston’s DIY heart with a classic, but refreshing sound. The sharp guitar riffs could cut through even the thickest grime of a basement show, and Suh’s vocal lines dance to conjure an airy energy, despite the heavy lyrical content.

The fingerpicking and melancholy minor chords of “Hotel” create an almost-folky narrative of contemplated sadness. As the tempo and weight of the song increases, the sadness morphs to burdensome darkness—a tragically beautiful transition that is carried over to the following (and equally as heartbreaking) tracks, “To Get Out of Bed and Never Starve” and “Bury.”

To bring Good Grief full circle, the band closes with “Sleep with a Baseball Bat,” a tune that harps on the bittersweet, upbeat vitality consistent throughout the album. Cosmic Johnny croons lamentations of the tortured youth, as if soundtracking the indie disco before the end of the world. Everything’s dire, but Good Grief makes it sort of, kind of okay.