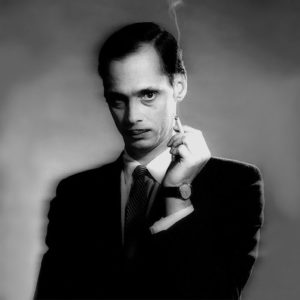 Washed out, and ethereal Constant Smiles’ John Waters (the nod to the director continues in the album cover) is a solid album that satisfies all your shoegazing needs, complete with a cold-wave flavored minimal synths, and baritone vocals that never fail to remind you of your own mortality. The tracks, like most shoegaze, may not be the most memorable individually, but the whole album makes for an all around pleasant listen, and I’m sure with more listens some songs will become more distinct.

In comparison to their more purist shoegaze past releases, John Waters is definitely more along the lines of post-punk and coldwave, which adds lots of vibrancy and a greater sense of dynamism to their sound. Stylistically, and thematically the album is consistent, with cold and detached mood the sound implies, but still get you groovin’ nonetheless.

I think it’s really worth noting that each of their songs also do that thing where you really want it to do something, and then they do it. If I was some kind of jerk or something I’d say it was predictable, but to me it shows how solidly Constant Smiles can use pop conventions that are almost objectively infectious, and add so much to a good sound and instrumental palette. The more synth-heavy tracks like “Five Feet And A Hammer”, have this in spades, complete with disaffected singing, and melodic grooves that hook you in like any good synth pop song should.
Admittedly, it’s hard to speak for the lyrical content with complete confidence partly because the sheer reverbiness makes it hard to make out everything, and sadly the bandcamp page doesn’t include lyrics. I also should probably say it’s very likely this is because my dumb pea brain is very bad at understanding lyrics without them in front of me. Even with my own lack of basic interpersonal communication skills I still find myself emotionally engaged with the music, which tends to says more of the quality of any song than lyrics do.

Anyway, Constant Smiles managed to put out a nice album, that did some personal favorite genres a justice. Definitely give it a listen and if you like it BUY IT, because John Waters (the album) is a really good listen, and also a great direction to see an already talented band going in.