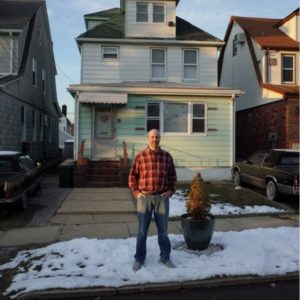 Colin Langenus has been on the music scene for a long time, under numerous different names. He’s put in work at the now retired Massdist label and at his open collaborative project Proven Recording for over twenty years. He’s back this year with his new studio album Cut and Dry.

Langenus’ new album (via Casual Acid Tea Recordings) is a soulful country/folk record that refuses to take itself too seriously. Okay, yeah Langenus often works within a palate of Americana and experimentation, but Cut and Dry toes the line of what might be considered anti-folk and just plain folk more subtly than previous releases. “Pete” has two intersecting layers: crisp acoustic guitar work that is occasionally obstructed by breaks in structure and wood claves, and a bed of warm bass and bright cymbal rattles. Across the last two tracks, “Hurley Dub,” and “Reprise,” a spaced-out bluegrass jam beautifully embodies Cut and Dry’s virtuous yet approachable instrumentals. The opener “5.9 Acres” reminded me of Colin Lanegnus’ contemporary Jonny Corndawg, so it wasn’t too surprising to see he produced Corndawg’s 2007 album I’m Not Ready to be a Daddy. Langenus has his fingers in a lot of pies. “Acres” uses familiarly mellow guitar riffs and drum brushes yet unabashedly delivers lines like, “city’s eight million people/ full of selfish ignorant pricks/ and if I had the money/ I would move out to the sticks.” The Brooklyn-based artist rejects the overplayed urban life for an imperfect rural home. “Acres” gives a sense of tension in urban life that gives way to addiction of alcohol and drugs, represented by poison and ticks. In contrast, the rural life would be marvel with simple inconveniences like poison ivy and ticks.

Undoubtedly, Cut and Dry is going to become my go-to road trip album. It has a twangy-yet-spacey tone that blows other alt-country records in recent memory out of the water – it even steps to some of my favorite classics. In the car, I love to put on the non-noise releases from Jim O’Rourke, like Halfway to a Threeway. Langenus’ “Meaning in the Meeting” calls back to Halfway’s opener “Fuzzy Sun” with its smoky guitars and vocal delivery. I also throw Roger Miller singles like Dang Me on, which Langenus may have topped with title track “Cut and Dry.” He evokes Miller’s pleasantly hokey lyrics and jangly guitar with ease. Don’t sleep on Colin Langenus, especially with this link right here: