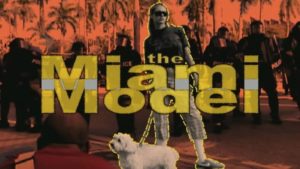 From the vile murder of George Floyd and the escalation of police violence against peaceful protesters trying to make a change to wannabe dictator Donald Trump growing crueler by the second, we need to educate ourselves on how to make a change—the change that America has needed for years—and we need to do it now.

The Miami Model is frightening and relevant (and was yesterday, is today, and will be tomorrow), analyzing the shocking treatment of citizens in Miami in 2003 and the disgusting display of law enforcement, denying protesters constitutional rights during protests. Abuse of power was rampant; police abused protesters and orchestrated illegal searches.

It unspools the story of the FTAA (Free Trade Area of the Americas) and the political organizing led by people of color. Organizations ranging from United for Peace and Justice to Food Not Bombs protested against the FTAA, marching in the streets peacefully for change, much like we are seeing today in the streets of cities like Boston, New York, Minneapolis, Chicago, and D.C.

The phrase “Miami model” refers to the tactics implemented by police during these protests. Crowd control “techniques” were more disgusting practices than techniques, ranging from unnecessary arrests to over-armed police officers that practiced brutality against protesters, resulting in multiple lawsuits that rippled across the city.

It’s horrific—and that word doesn’t even do justice to what you see in this documentary.

Juxtaposed with this scene is a cop, explaining the just use of tasers on peaceful protesters; we see clips of angry, hate-filled cops throwing protesters’ signs and flags over fences and pushing away the protesters forcibly with their bikes.

“We’d rather resort to tasers than nightsticks,” the cop says. “We don’t want to hurt anyone! Our taser will just stun you, and make you go, ‘Whoops! I shouldn’t mess with this guy.'”

Are you kidding me?

Police brutality is unconstitutional, abhorrent, and a throbbing, blustering scar on our country. America is broken, but we can begin to mend it—slowly—by continuing to watch documentaries like these that educate us and make us aware of the past, present, and future.

The Miami Model is infuriating—the issues it brings to light run deep in the veins of this nation. It’s a fantastic documentary because it makes you think, it makes you learn, and it makes you angry.

Also this weekend, Coolidge Corner Theatre released James Baldwin’s I Am Not Your Negro and Ferguson uprising documentary Whose Streets? , as well as Toni Morrison: The Pieces I Am, a film that paints a portrait of the life and works of renowned writer and Nobel Prize winner Toni Morrison.

Keep educating yourself and those around you. Keep thinking. Keep learning. Keep understanding.

We need to hold ourselves accountable, and we cannot stay silent.

The Miami Method is available for free at DocumentaryHeaven.com

Tags: Boston, Donald Trump, george floyd, I Am Not Your Negro, justice, Police, Protests, The Miami Model, Whose Streets?