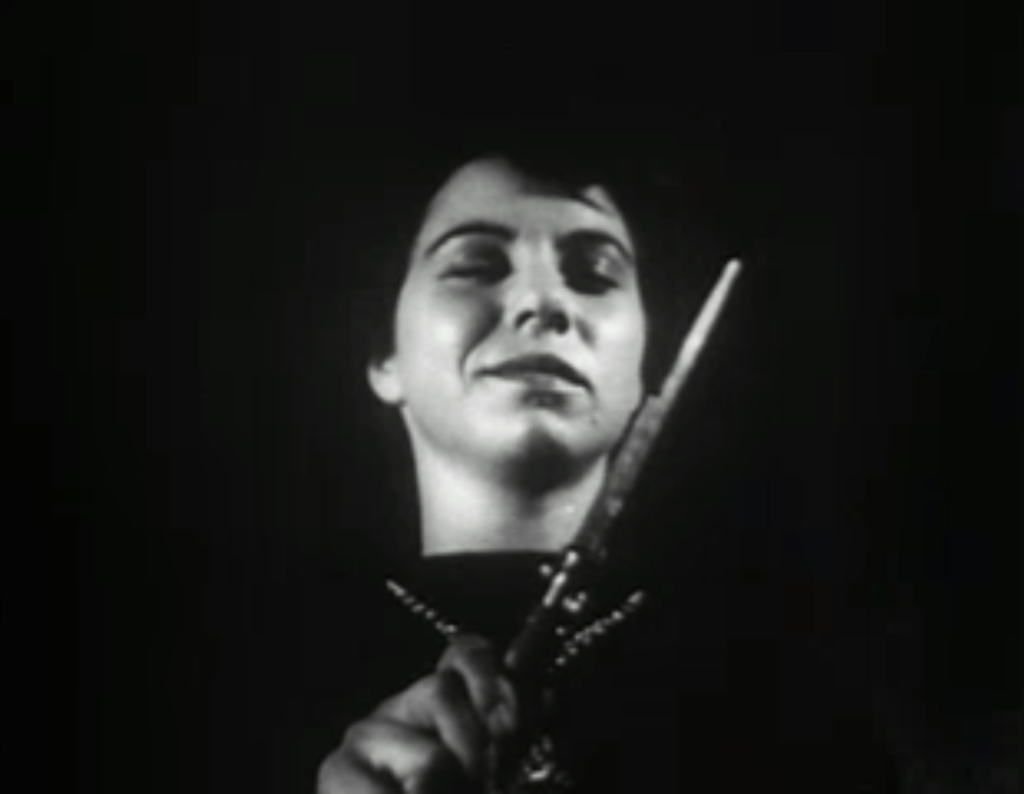 At the risk of understatement, we’re living through some weird times right now. In addition to the obviously tragic human impact of the novel coronavirus COVID-19, the past few days have seen a jaw-dropping procession of unprecedented cultural cancellations, from the St. Patrick’s Day parade and the Boston Marathon to the entire goddamn NBA. And while it feels glib to complain about its effects on film criticism (the poor, poor film critics!), it does put us in a tricky place. After all, the Hassle is all about spreading the word about amazing events around the city. So what do we do when the majority of our readership is under quarantine? As I write this, most immediately upcoming Hollywood releases have been pushed, film festivals (including BUFF, IFFBoston, and Wicked Queer) have been postponed, and local theaters have closed their doors for the remainder of the month (in light of this, the Hassle recommends donating and/or purchasing gift cards to the Brattle, the Coolidge, or the Somerville to make sure these amazing institutions have enough support to still be there at the other end of this). The moviegoing world, in short, is pretty grim right now.

But even if you’re Howard Hughesing in your bathrobe for the next few weeks, we know you’re not going to stop watching movies. If you’re like us, you’ve got a whole roster of streaming queues that you’re just dying to start whittling down. Ah, but with infinite streaming possibilities comes terminal option paralysis; it’s easy to spend hours blearily scrolling through menu after menu, before resigning yourself to watching seven episodes of your go-to comfort show. And frankly, you deserve better. We here at the film section are committed to making sure you see the best movies possible. Why should we stop just because you’re on coronavirus house arrest?

In this spirit, it is my pleasure to present the inaugural edition of Cinema Quarantino, an alternative streaming guide to help you through the global pandemic. From now until this whole thing blows over, the Hassle’s dedicated film staff will root through the underbrush of the streaming ecosystem to present you with only the finest digital truffles. There’s a wild, weird world beyond Netflix’s “For You” menu, and when better to explore it than while the actual world descends into chaos?

To kick off this series, I’ve picked a film which sums up a lot of what I hope this series will accomplish: a truly bizarre, unjustly obscure piece of work that perfectly matches the weirdness of the times, which just so happens to be lurking deep beneath the surface of a platform to which many of you already subscribe. 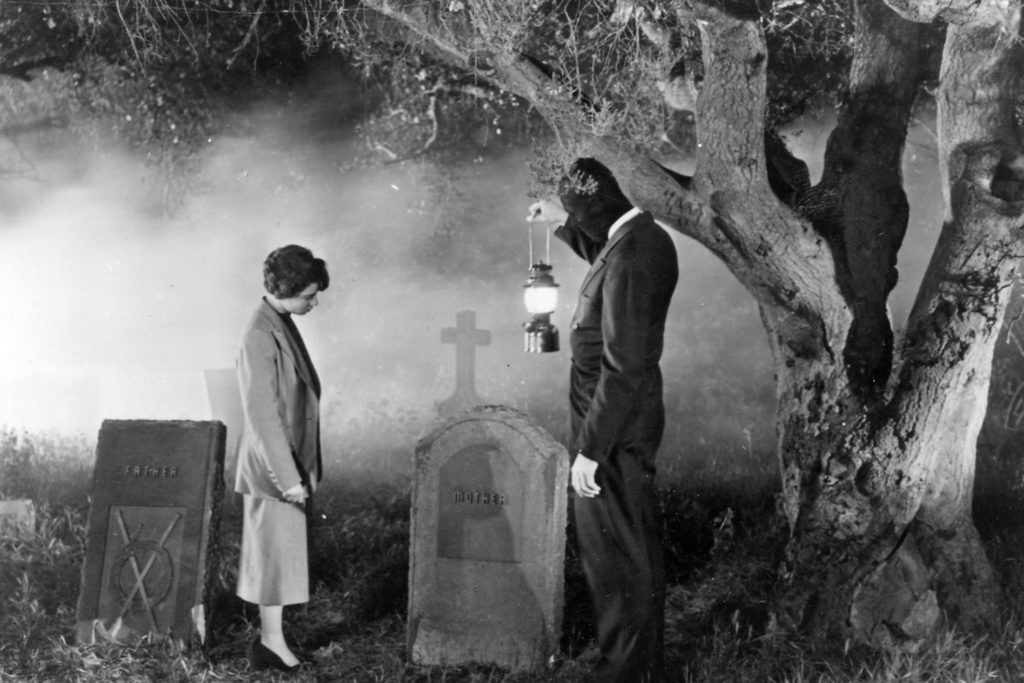 At first glance, 1955’s Daughter of Horror appears to be a standard poverty-row exploitation film (literally– it opens with a title card reading “EXPLOITATION PICTURES INTERNATIONAL”). Yet it soon becomes clear that things are a little… off. The camera pushes in through a clearly artificial city scene as a narrator booms:

Come with me into the tormented, haunted, half-lit night of the insane! This is MY world. Let me lead you into it. Let me take you into the mind of a woman who is mad. You may not recognize some things in this world, and the faces will look strange to you. For this is a place where there is no love, no hope…in the pulsing, throbbing world of the insane mind, where only nightmares are real, nightmares of the DAUGHTER OF HORROR!

Said daughter is a switchblade-toting, vaguely androgynous young woman (Adrienne Barrett, credited only as “The Gamin”) who flits silently through a dingy, moodily lit world of pimps, winos, and various unsavories. She’s haunted by ever-present newspapers that simply read “MYSTERIOUS STABBING!” as well as a police officer with the face of her father (we know this thanks to a psychedelic dream sequence/flashback, which takes place in a living room set in the middle of a graveyard and is hosted by a faceless, Slenderman-like figure in a tux). The gamin goes home with a repulsive, wealthy John, who she pushes out a window and dismembers. As her world spirals into chaos, the gamine seeks refuge in a possibly hallucinatory jazz club, all while guarding her gigantic, mysterious medallion.

If it sounds like I’m hazily recalling a dream, it’s because that’s what Daughter of Horror feels like. With its mix of low-budget seediness and avant-garde expressionism, it feels something like the lovechild of Ed Wood and Maya Deren (cinematographer William C. Thompson also shot most of Wood’s best-known films, including the infamous Plan 9 from Outer Space). Long known only as the answer to the trivia question “What movie is playing during the movie theater scene in The Blob?”, Daughter of Horror was originally released as an entirely silent film under the title Dementia. It was picked up by exploitation maven Jack Harris (who also produced The Blob), who thought the film’s alien weirdness might be leavened somewhat by the narration– which, I shit you not, is provided by a young Ed McMahon! It doesn’t help; Daughter of Horror could star Tom Cruise and Julia Roberts and it would still be one of the strangest movies ever made.

Yet for all its weirdness and amateurism, I honestly think Daughter of Horror is kind of an incredible film. Its spooky surrealism and outsider-art ethos somewhat recalls an urban Carnival of Souls, and its cryptic symbolism suggests an auteur with a unique eye (sadly, director John Parker never made another film, before or after). It feels like a movie beamed in from another planet, or possibly from deep below the crust of the earth. Even among cult movies, Daughter of Horror is an obscurity, a secret handshake known only to the most dedicated b-movie spelunkers. Yet, if you have Amazon Prime, you can sit down and watch it right now (albeit in a grainy print of dubious origins). The only problem is that, at 55 minutes, it will only stave off cabin fever for under an hour. So keep watching this space– at Cinema Quarantino, we’ll get you through this.

Streaming is no substitute for taking in a screening at a locally owned cinema, and right now Boston’s most beloved theaters need your help to survive. If you have the means, the Hassle strongly recommends making a donation, purchasing a gift card, or becoming a member at the Brattle Theatre, Coolidge Corner Theatre, and/or the Somerville Theatre,. Keep film alive, y’all.