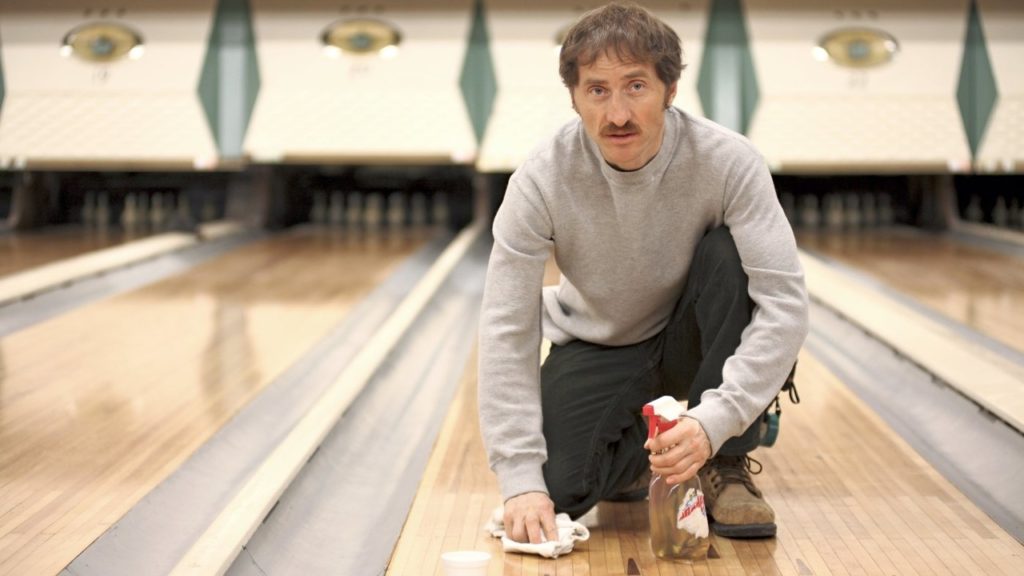 I really don’t want to say too much. A big part of the purifying satisfaction of this film is answering whatever questions it raises in you by yourself. It does raise a few questions, but unlike a lot of things it doesn’t tell you you’re too stupid to answer them. It treats you really nicely, so even though it jumbles you up, and maybe disturbs you, it’s really encouraging, and makes you feel like you’re up to the task of rearranging the pieces. For me, in a time of so much uncertainty, it’s valuable to see what can be productive about not knowing.

Curling, Denis Côté’s fifth feature, stars real-life father and daughter Emmanuel and Philomene Bilodeau as, well, father and daughter. They’re living pretty rough somewhere outside Montreal, isolated as much from each other as from society. The father seems pretty repressed, like he’s given up on the prospects of processing the various emotional knots that keep him permanently socially distancing, and he’s subjecting his daughter to his failings. And she’s suffering for it. For example, she’s home-schooled, and when she runs into some other kids it’s obvious that she is way behind. In a lot of moments, it’s a pretty morally stark film, pretty blunt, but in a way I found strangely satisfying. In fact, I think that was a really key reason I felt so cleansed by it – I felt kind of relieved afterwards. Though the subject matter might have been rough, the moralizing and judgement I’ve grown to expect never came, and, to my surprise, that was a big weight off my shoulders. I can’t say if that is a good or bad thing, or how I should feel about myself for having that reaction, but I felt that way, and in the hours after the film I didn’t feel any pressure to make up my mind. I really appreciated being in that space.

If you look up the film, a lot of sources repeat something TIFF put in their program notes – that it is Côté’s “most accessible film.” I don’t think that really matters, or that it’s that important. (There is an interesting interview with him in Cinema Scope where he discusses his feelings about that comment, and the opposite reception at Locarno). I found it less flatly amazing than Carcasses in terms of process, so maybe it’s more comprehensible in that sense, but I think in the end it just works – it has an effect on you and though you can’t quite put your finger on what it did, you can’t deny that it did something.

I think you should watch it. You’ll like it. It’s really beautiful, it’s really small and unusual. It handles its subject matter in a really rare way and it will stick with you because of it. And Roberto Minervini put it on his ten films of the decade list, so, c’mon. Watch it.